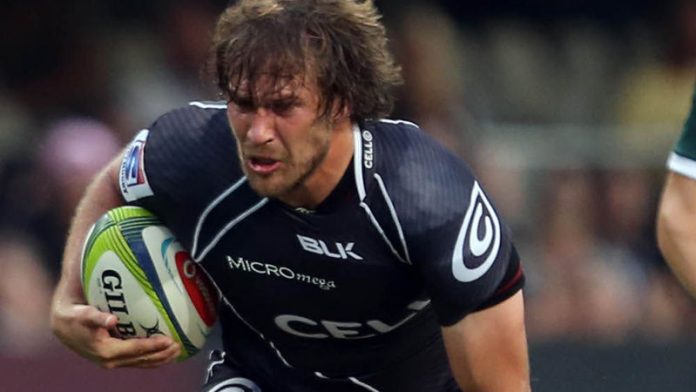 A true battle of attrition ensued between the Sharks and the Bulls with the visitors winning the early exchanges of the match.

It was a typical derby between these two arch-rivals with the match starting at a fast pace with bruising hits.

The Sharks were dealt an early double blow when the halfback pairing of Pat Lambie and Cobus Reinach left the field injured within the first five minutes and were replaced by Tim Swiel and Charl McLeod respectively.

However, it did not deter the coastal team as flanker Willem Alberts crashed over for his side's first try of the evening in the eighth minute with Swiel converting.

Bulls pivot Jacques-Louis Potgieter pulled back three points for his side when he converted a penalty in the 15th minute.

At the turn of the first quarter of the match, Potgieter added another three points through a drop goal for a one-point deficit.

Sharks centre Frans Steyn's long-distance place-kicking again proved valuable for his side as he sent a 55 metre punt through the middle of the uprights four minutes before the break.

On the 40 minute mark Steyn added another three points to the score sheet, this time placing the ball just inside the Bulls' half to give his side a seven-point lead going into the half-time recess.

Seven minutes into the second half, the Bulls found the breakthrough when hard-working flanker Jacques du Plessis dotted down.

After he had taken the ball into contact, he broke loose from a Bismarck du Plessis tackle to find an open tryline, with Potgieter converting to level the scores 13-13.

The hosts went into the lead for the first time in the match when centre JJ Engelbrecht crossed the whitewash in the left-hand corner.

Following an initial break by winger Bjorn Basson, the ball was sent wide where it bounced once for Engelbrecht to trot over for the try without any defenders to hassle him. Potgieter converted the try to hand his side a seven-point lead.

The Sharks did not back down with Steyn, who made a nuisance of himself throughout the match, playing a significant part for his side.

Steyn slotted two penalty conversions in the 67th and 70th minutes to set up a tense end to the gripping match with a single point separating the sides.

Glory, nevertheless, belonged to the Bulls as replacement flyhalf Handre Pollard added a penalty conversion in the 79th minute. – Sapa