SA: The future of our dreaming 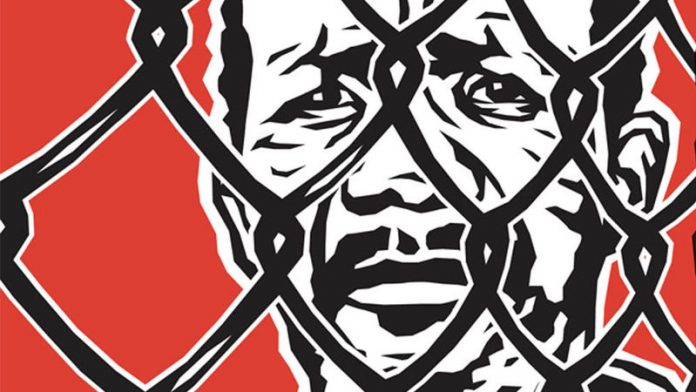 The merit of Imagined Liberation, by Heribert Adam and Kogila Moodley, is that it reminds us of the imperative of hospitality and of encompassing differences in background and in origin, and that a society can also be measured by the way it reacts to the amakwerekwere (foreigners) in their midst – indeed, that there is interaction between the quality of its liberation and the policies applicable to those who came from elsewhere.

For a moment in our South African history, there seems to have been the flicker of common purpose, maybe even a skyline where – to borrow a phrase from Moodley out of context – "difference was incorporated as a common good and not simply evoked for 'cultural maintenance' purposes".

It did not last long. Maybe it was never intended to be the veritable motivation for transformation into one multihued nation? Can it be argued that the falling apart of this ostensible purpose and the absence of a centre accounts for the extreme pathological expressions and acts of xenophobia?

What we are experiencing at present – the enormous increase in people fleeing their homelands to look for asylum, the clumsy ways in which the developed world deals with the phenomenon, the horrors of a Lampedusa or of desperate "people without papers", as the euphemism goes, literally using their own bodies and those of their companions as stepping flesh to try to climb the barbed fences around Ceuta, the European enclave in Morocco – has been building for many years. It is as if a vast demographic redistribution is under way.

This has become an ever more important symptom of a disintegrating global community – together with the destruction of the planetary environment, the systemic disconnect between the filthy rich and the growing poor, and the tyranny of consumerism.

Notice the extent to which we have become used to "understanding" and tacitly accepting the unacceptable, the ease with which we live beyond the shattered vestiges of our outrage of the time and our betrayed aspirations. How did we get to make do with the reality of nearly two million Zimbabweans surviving in South Africa, often illegally, while their country, the neighbouring country, is being sacked by so-called freedom fighters and now ever more appropriated by China?

Is it truly that easy? Can one look away – at the mountain, say, or at the Freedom Charter? How confident can they really be: the whites squeezing out the last juices of the good life, of the quality of lifestyle in a country that cannot absorb them and must sideline and in due time expunge them once they have coughed up enough for past sins, or the newly empowered blacks arrogantly trashing the poverty of the people who cannot forever be bought off with food parcels? Are these not the repressed fears that sometimes spill over in random acts of barbarism?

Faced with the globalisation of financial finagling and economic systems controlling us ("free" enterprise, capitalism, "the market"), as also the placebo of "communication", can the movements (the incursions) of outsiders / incomers / clandestinos / undocumented ones / car guards and poachers announce a new manifestation of the "solidarity" we seem to have forfeited or forgotten?

Utopian thinking does not have good press. It is assumed that one is being unrealistic – a cardinal sin in empirical practical politics! – escapist to boot, and, perish the thought, maybe revolutionary!

Yet, within the South African context it can be a useful tool. Surely, we can agree that it denotes in most places the nostalgia for what we imagine existed – in our case the magical moment of together becoming other, of a reckoning with ourselves and our conflicting histories and a desire to transform in depth, of a willingness to listen to each other's stories and actively tolerate, even encourage the dialectic between the specific and the general, also in our cultures and our mother tongues.

Maybe a start would be to admit that this dream had no legs. We were never a nation.

Maybe a further necessary step would be to agree that without a utopia to strive for we are condemned to killing one another, that if we were to stop dreaming this shared "space" we call South Africa we shall revert to fighting factions, that we are obliged to provide for movement or else stagnate and destroy or self-destruct.

What would be the two or three measures capable of bringing about the forward movement towards utopia, maybe even realistically so? I have four suggestions:

All of the above begs the question of how to get there. Nowhere on our continent has a national liberation movement given up power – neither in Algeria nor Angola nor Zimbabwe, not in Eritrea or Guinea-Bissau or Mozambique – and the ANC in South Africa is no different, even now when the once generous struggle is reduced to the banding of robbers.

Their lust for power, patronage and entitlement – not yet assuaged – is now petrified in historical legitimacy. "We won, therefore all of it is ours." One might as well paraphrase: "We broke it, therefore we own it." And our comrade capitalists have only one dream: how to morph from ostensible communism as erstwhile servants to the people into party power monopoly along the lines of the Chinese example where the state is the captured cow and the people now the capital.

One is going to have to resist in every possible way, by exposure ("shaming" will make no dent); by keeping the Constitution alive and if possible protected from raids by marauding powermongers; by promoting alliances among parties and citizen organisations and in the process validating civics and civil society; by working on a clear and comprehensive and complex vision that will take account of our diversity; by really listening to the poor; by trying to contain the unholy collusion between big capital and cadre corruption; by building firewalls between the state and the party in power; by identifying and renouncing the rotten-tongue Newspeak of political correctness …

The list is long and confused. It has always been a long walk. The way out, let alone the way forward, is not to disqualify or to grade and degrade some people found along the road.

In fact, as always our capacity for imagining liberation – and liberating our imagination – will at least in part be measured by the extent to which we functionally recognise and receive the dignified human in the other.

I believe we are doomed (programmed, you might say) to strive for a certain human dignity, to extol a given tenderness of life – and these can be measured by our capacity for recognising in the other what we share, and by our willingness to become other.

I believe this is how, in all creole honesty, we may still fabricate the commons.

Breyten Breytenbach is a writer and painter. This is an edited version of his address at the launch of Imagined Liberation: Xenophobia, Citizenship and Identity in South Africa, Germany and Canada by Heribert Adam and Kogila Moodley, at the Stellenbosch Institute for Advanced Study.

Reflections on George Bizos, on whose shoulders we stand

Characters have been a central part to Athi-Patra Ruga’s practice since the early days of his artistic career. Here he lets us in on their backstories
Read more
Opinion

Christian Life Private School barred a pupil because he wore a bracelet with cultural significance, but the decision — even in the private sphere — is constitutionally wrong
Read more
Education

The teenagers, who clearly understood that race is fluid – some even changed their identity – felt shunned. If race is socially constructed, they should not be ignored.
Read more
Analysis

Imagine if Zupta the Maniacal Giggler was president. Or Mbeki the Myopic. Beyond imagination would be Donald the Deadly
Read more
Advertising
Continue to the category
Politics