Fans, DJs and all that jazz 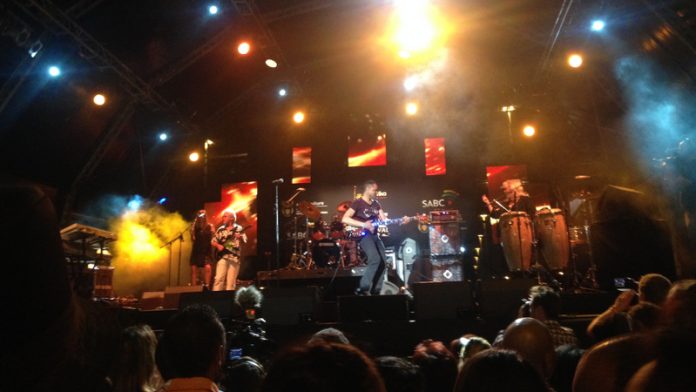 Getting into the Cape Town Convention Centre was a long and painful process as tickets were double-checked and bags were searched several times after passing through a metal detector.

Rosies – one of the stages that required a second ticket – was where conservative jazz lovers and purists sat to see the Mike Rossi Project, Carmen Lundy, Dr Phillip Tabane & Malombo and Randy Weston’s African Rhythms Trio.

Kippies, the biggest stage, overflowed with fans when Mi Casa took to the stage.

A capella group, The Soil, made their festival debut at the Basil “Manenberg” Coetzee stage after having performed at New York’s Apollo Theatre and last year’s Edinburgh International Festival.

Buhle Mda’s microphone cut out ahead of her solo, but she was effortlessly saved by Luphindo "Master P" Ngxanga.

UK jazz-funk band, Shakatak, performed some of their 1980s hits, including Streetwalkin, Dark is the Night, Day By Day and Night Bird.

At the Bassline stage the likes of DJ Project, Tasha’s World, Reason and DJ Black Coffee treated the crowds.

Local rapper Reason began his performance to a small crowd that quickly grew as he sang some of his most popular tunes such as Keep Debiting, Do It Like I Can, Bump The Cheese Up and A lot On My Mind.