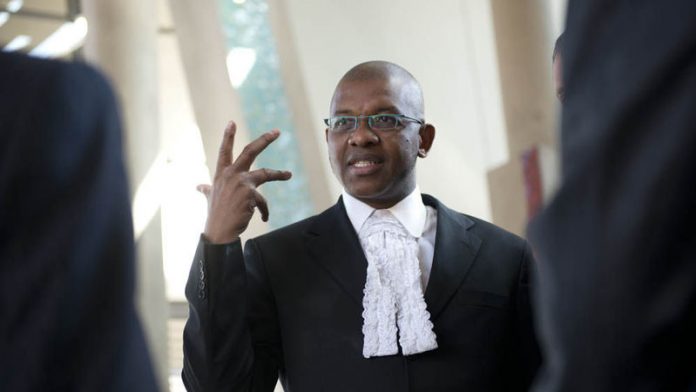 Photographs and details of a protected Marikana witness, dubbed Mr X, will be widely distributed among mineworkers, the Farlam commission of inquiry heard on Tuesday.

Dali Mpofu SC, for arrested and wounded miners, said the South African Police Service (SAPS) would have to show that the widows of slain miners and survivors were a threat to Mr X.

"They have to show that the presence of the parties [the widows, miners and the public] is going to endanger the safety, security or life of Mr X. They are unable to show that," Mpofu said.

"They want to exclude the widows of the slain miners, what possible threat to Mr X's safety can these widows pose? What are they going to do to him?"

Police submitted an application to the inquiry last month for Mr X to testify in camera, from a remote location through a video link.

SAPS wanted only the commissioners, lawyers and accredited media present in the auditorium when Mr X testified.

The police wanted the widows, public and miners prevented from attending the hearings when Mr X gave evidence on a date to be decided.

On Tuesday, Mpofu said the SAPS application was laced with absurdity.

"Let us assume, for argument's sake that some among the [Marikana] survivors harbour some ill feelings against Mr X. One has to ensure that these people, by being prevented from being here, will be prevented from knowing the identity of Mr X."

This was clearly not viable, Mpofu said.

'Duty to tell'
"As soon as I get the identity and photographs of Mr X, I have a duty to tell them all the things, including which shaft he works in. He will still face the exact same risk whether they are here or not."

The man identified as Mr X was apparently part of the group of protesting Marikana miners who underwent a ritual that included two sangomas, the burning of live sheep and swallowing of the ashes on August 11 2012.

Mpofu has previously referred to Mr X as "a multiple murderer and a self-confessed habitual criminal, having at least three murders under his belt".

The inquiry led by retired judge Ian Farlam is investigating the deaths of 44 people during strike-related violence at Lonmin's platinum mining operations at Marikana, near Rustenburg in North West.

The police shot dead 34 people, mostly striking mineworkers, wounded more than 70 and arrested 250 people on August 16 2012 while trying to disarm and disperse them.

In the preceding week, 10 people, including two policemen and the two security guards, were killed. – Sapa