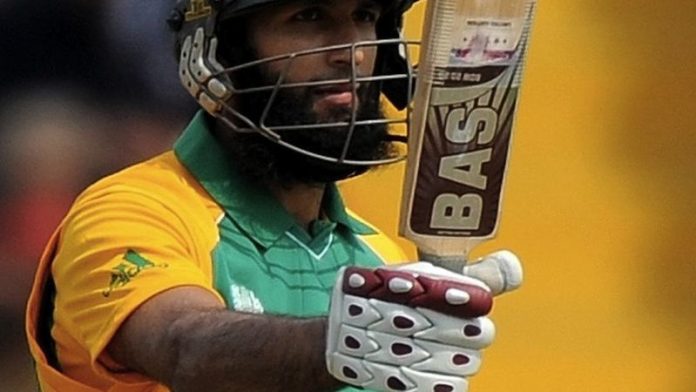 South Africa arrived in Bangladesh for the ICC T20 World Cup with the hopes and expectations of their supporters at an all-time low. Reaching the semifinals can be viewed as an over-achievement, and they face tournament favourites India, this evening in Dhaka, with the odds stacked heavily against them.

England's embarrassed and beleaguered T20 captain, Stuart Broad, made what transpired to be a prescient comment as far as the Proteas were concerned before the tournament began: "You only need two or three players to perform well to win a T20 game," he said.

Although none of Broad's team managed to have a good game against the Netherlands, South Africa have got by on the individual brilliance of AB de Villiers, Dale Steyn, Hashim Amla and Imran Tahir. Against India's in-form spinners on a pitch offering prodigious turn, they will almost certainly need a more all-round batting contribution.

South Africa's victories against New Zealand and the Netherlands have been cause for optimists to celebrate. They were both painfully close and, statistically, Faf du Plessis should have been the losing captain. But they found a way to win when defeat loomed. That is a hallmark of good teams.

The man behind the "mental conditioning" of the team is performance director Paddy Upton. He has been behind the scenes at many ICC events, with both India and South Africa.

Walking on a wall
"If playing a normal cricket match can be likened to walking along a wall two feet wide and two feet off the ground, then playing a World Cup semifinal is like walking on the same wall, but 20 feet high. And in the final, it's 40 feet high. The skills required are the same, but the 'mental noise' and the consequences are different. Most people would either choke or at least walk very slowly along that 20-foot high wall, even though they have all the skills required to succeed," Upton said.

"Success is more likely to come to the team which is able to focus on their skills best, step by step or ball by ball, and who are able to do, maybe, just a 5% better job than the opposition of freeing their minds from the noise and its consequences. The Proteas are in an encouragingly calm space. They are clear about the kind of cricket we want to play, and what's important to focus on. Anything can happen on any given day in this format, but victory has a better chance of coming to the team that can keep their eye on the wall. And the ball!

"There are no guarantees, but I'm very happy with where we are mentally, leading into the semifinal. We have had two tight games in this competition already, where we had to walk that 20-foot high wall, and both times our skill and mental resolve prevailed," Upton said.

He also knows, of course, how well the Indian team cope with heights. The wall was 100-foot high in every game when MS Dhoni's team won the World Cup in their own country three years ago when Upton was in their changing room.

A blessing for SA Cricket?

South Africa may yet assume a prominent leadership role in world cricket just months after apparently being relegated to the ranks of the minnows by the coup and effective takeover of the International Cricket Council (ICC) by the "big three" nations: India, England and Australia.

The president of the Board of Control for Cricket in India (BCCI), Narayanaswami Srinivasan, threatened to withdraw the Indian team from ICC events – starting with the current T20 World Cup and next year's full World Cup – unless the other Test-playing nations agreed to India receiving a greater share of the revenue generated by such events.

Cricket Australia chairperson Wally Edwards helped to convince the other nations to approve the restructuring of the ICC by telling them there was a "real chance India could have gone on an IPL [Indian Premier League] voyage and left world cricket behind".

Apart from increased revenue, the "big three" are set to assume all meaningful control of the global game by claiming three permanent seats on the soon-to-be-formed inaugural executive committee – two to be filled by Edwards and England Cricket Board chairperson Giles Clarke, with the chairperson's position to be taken by Srinivasan.

Illegal gambling
Much has changed in the past week, however, following the Supreme Court of India's decision to force Srinivasan to stand down as BCCI president while an investigation into illegal gambling and spot fixing in last year's IPL is concluded. The allegations primarily concern Srinivasan's son-in-law Gurunath Meiyappan, who was the "team principal" of Srinivasan's franchise team, the Chennai Superkings.

The Supreme Court judgment was uncompromising. Not only was Srinivasan to step down as president, but all employees of his company, India Cements, Superkings' bankrollers, would also be required to stand down from their secondary jobs with the BCCI. The Indian team's logistics manager was sent home from Dhaka within 24 hours and Srinivasan's personal lawyer, PS Raman, was also dismissed as consultant to the BCCI.

"It is an internal matter for the BCCI and the Supreme Court as far as the ICC is concerned," a well-placed insider told the M&G.

"But it was obvious to everyone that Srini had a personal agenda against Cricket South Africa, so it would be a big surprise if South Africa does not bounce back into the view of the other nations, now that Srini is having these problems." – Neil Manthorp