Dutch cuisine gets a shake-up 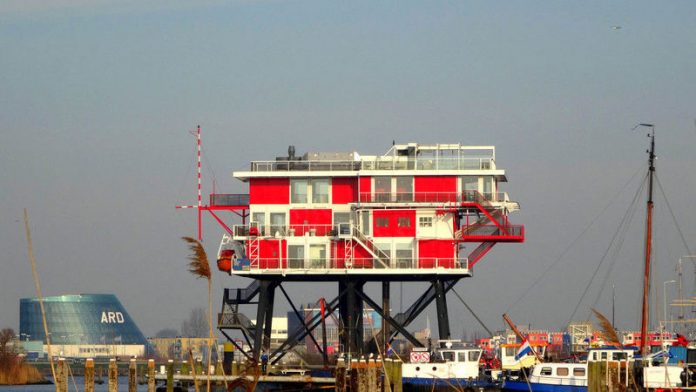 Traditionally, Dutch cuisine was seen as simple, straightforward and relatively unrefined. Now, as their capital celebrates a new king, 401 years of canals, 125 years of the Royal Concert Hall and the recent reopening of the Rijksmuseum, the renaissance of Holland is all culinary.

Amsterdam, with its reputation as the wild child of Europe, now channels its thrills through titillating ­restaurants positioned in some surprising whereabouts. Some of these food pioneers have targeted Amsterdam Noord, a newly hip foodie neighbourhood, whereas others have opted for former oil rigs, pop-up chapels in the park or banks-turned-music institutes. But what is consistent is that they are in cahoots for a Brave New Dutch Cuisine.

Equally important to this shake-up of Dutch food, or so-called New Amsterdam cuisine, is the origin of ingredients. No longer just offering potatoes stuffed with yesterday's fare or stews charged with overcooked ingredients, the city is finding new ways to please the hungry troupe of locals and trippers.

And so, to give impetus to the trend, the Michelin-star holder &Samhoud Foodlab created a hoax, "the world's first DNA restaurant", to attract attention to the need for more research and innovation in the preparation of food. It was a way of getting the media interested and the foodies talking.

It coincides with the opening of some of the finest restaurants Amsterdam has ever seen.

Tunes by Schilo
​Schilo van Coevorden, the poster boy of this food coup, runs the highly esteemed, concept-driven Tunes restaurant in the Conservatorium Hotel. Decidedly not interested in reinventing Dutch food, Schilo believes in starting a new culture altogether, "building it up to be the best" in an absolutely modern way. With the internet, the world of food has changed and so the most interesting thing to happen to culinary desire, according to the French-trained chef, is "the element of surprise, finding the undiscovered".

Tunes, with a boundless sense of wonder, thanks to the chef, brings the risqué back to nosh.

This past Christmas season, turkey was sweet and served with stewed pears, sprouts and syrupy chestnuts, and cappuccinos are less about coffee and more about cèpes, a fungus.

The Piero Lissoni-designed space is modern, rich and grand, and the tinges of Royal Delft porcelain winks at all that is traditional in this ­former 19th-century bank that was converted into a music institute in the 1980s. The bar is known for its selection of G&Ts and the suites upstairs are totally Zen with high ceilings and plenty of space to consider all things eaten – all indelible spaces to frequent.

REM Eiland
​In the early 1960s, Holland had only one television channel. The airtime that was available was carved up among six, compartmentalised broadcasters.

As the Dutch government was insistent on knowing exactly what was being broadcast, it became clear to some mavericks that broadcasting from sea would hoodwink Big Brother and provide more freedom in what was being beamed to television sets in this tiny country.

Today that oil rig-cum-television station no longer transmits but the platform that housed it offers fresh fare for another kind of hunger.

The once offshore platform that rises 22m above the ocean is moored at the end of a pier and the restaurant REM Eiland has spectacular views of the capital. Easily accessible by bike, locals splurge out on a simple platter made up of Dutch oysters, mussels and crab legs served with mayonnaise and escorted by a French rosé.

Its red-and-white modular tower rises with pride from the sea just as the former TV station that brought Zorro and The Saint to the Dutch public in the 1960s did.

Ron Blaauw, a Michelin-star proprietor, reigns in the restaurant of the recently extended museum. Known for fine dining, and more recently his gastro pub, Blaauw runs this affordable outfit with seasonality and local ingredients in mind.

His more interesting claim to fame is the closing of his Michelin-starred establishments in search of something more thrilling, delivering with it something totally new.

The chef also quit the Alliance Gastronomique Néerlandaise because of a "lack of time" and it's ever so clear that his time is now spent on things he finds great pleasure in.

Sun-seekers can park off in the red chairs that proliferate outside and grab steak frites, while lovers of jazz can extend their museum visits on Friday nights at the restaurant.

Evening meals include grilled scallops with a roasted red onion, grilled tomato and chorizo foam, and a tart apple pie to smooth off the contemporary art that is all around.

Bolenius
With a philosophy to have everything "open, transparent and shared", the Bolenius restaurant in one of the city's only high-rise buildings that lives up to its credo.

Chef Luc Kusters runs a tight ship and has the local community helping out in the kitchen garden. He aims to reduce carbon dioxide emissions with the efficient use of energy for storage and cooking.

The fare includes cauliflower risotto and herring caviar, halibut in an algae and celery broth with mushrooms, and sweetbreads with anchovies and pickled onions, all served from under a smoke-filled cloche.

To finish, there is a sweet spaghetti Neapolitan with white chocolate shavings, plus a platter of things familiar and sweet: in a throwback to traditional Dutch sweets, Kusters creates a nostalgic sugar rush from toffees, Dutch winegums, gumdrops and Katje Biggetjes, the pig-head-shaped fruitgums. It is history presented brand new.