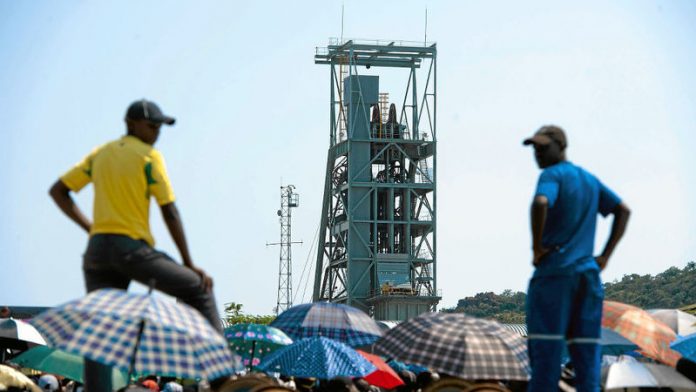 More than 1 000 Association of Mineworkers and Construction Union (Amcu) members were defaulting on their antiretroviral (ARV) treatment, according to a letter mining company Lonmin sent to the union.

In a written response dated April 9 to Amcu's petition, chief executive Ben Magwara said the company was helping its workers with housing, healthcare, and HIV and Aids support.

"I would, however, like to bring to your attention that over 1 000 Amcu members who are on strike have failed to report to our clinics to receive ARV treatment. We are concerned that they are risking their health and lives by interrupting their treatment and would like you to encourage them to continue treatment," said Magwara.

Amcu members at Lonmin, Impala and Anglo American Platinum (Amplats) operation in Rustenburg, North West and Northam in Limpopo went on a strike on January 23 demanding a minimum monthly salary of R12 500.

They have rejected the 9% salary increase the companies have tabled. The firms also rejected the unions' revised demand that the R12 500 should be phased in over a period of four years.

'Inflation-beating' proposal
​Magwara said most of the issues raised in the petition were of a socio-political and socio-economic nature, and were not attainable as part of the wage negotiation process.

"We have therefore confined our response to those issues that are within our control."

He said the company presented an affordable wage adjustment proposal, which the union did not accept.

"Our inflation-beating and affordable proposal adjustments ranging from 7.5% to 9% for all our entry-level jobs is higher than most settlements elsewhere in the industry."

"While we appreciate the movement by Amcu at the last CCMA [Commission for Conciliation, Mediation and Arbitration] plenary meeting, the revised demand for a R12 500 [increase] over four years remains unaffordable and cannot be met by the company."

Longest strike in SA
​Magwara said mineworkers in the platinum sector were the highest paid in the country relevant to the nature of work.

This is the longest strike in South Africa's history, and may have presented Amplats with an opportunity to finish what it started last year and retrench a further 25 000 employees at its Rustenburg operations – half its workforce.

Amplats and Lonmin sent out force majeure notices at the beginning of April because they could no longer deliver to certain suppliers. These notices are used to exempt parties from their contractual obligations, usually due to causes that could not be anticipated or were beyond their control. – Sapa, additional reporting by Staff Reporter