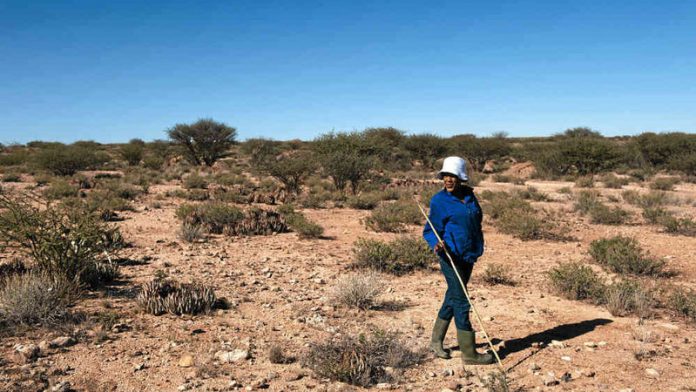 The government may have to set aside hundreds of billions of rand to realise its latest land reform proposal of ceding 50% of all commercial farms to workers.

The extent of the funding that could be required is one of the objections to the department of rural development and land reform's recently released policy document, "Strengthening the relative rights of people working the land".

The policy has drawn ire from organised agriculture and academics.

The total capital investment across all of South Africa's commercial agriculture sector, including land and fixed improvements, livestock and machinery, is about R284-billion, said Ernst Janovsky, head of the centre of excellence at Absa Agribusiness, citing the department of agriculture's 2014 statistical data.

The state would need to find half that to buy the land for farmworkers, he estimated.

The department of rural development policy says the government will pay for the 50% of farms to be shared by workers, and the "money will go into an investment and development fund to be jointly owned by the parties constituting the new ownership regime. The fund will be used to develop the managerial and production capacity of the new entrants to land ownership, to further invest on the farm as well to pay out people who wish to opt out of the new regime."

The potential cost of this exercise is far beyond the department's budgetary allocation granted to it by the treasury, Janovsky pointed out. According to the 2014 budget the department was granted just R9.5-billion for 2014-15.

"I don't think there is enough money in the country to do that [on] any scale," said Janovsky.

It is not clear from the policy whether the state would pay market-related prices for this 50% equity in commercial farms. The policy is also not clear on how it would treat the R102-billion in agricultural debt that the 2014 statistics show is still outstanding.

What happens to the current debt outstanding on many farms was one of the many implications that had "not been thought through from a practical point of view", according to John Purchase, chief executive of the Agricultural Business Chamber.

It was also unclear what the position would be on land and its use as collateral when shared among workers. "In all probability we believe this will lead to significant disinvestment in the sector," said Purchase.

The chamber was not "anti-transformation", he stressed, nor was it opposed to farm equity schemes in principle. But the way in which this was envisaged in the policy was problematic. The policy was also not aligned to land reform proposals as outlined in the National Development Plan, he said.

Professors Ruth Hall and Andries du Toit of the Institute for Poverty, Land and Agrarian Studies at the University of the Western Cape, in a critique of the policy on the institute's blog, said that it "does not offer any useful benefit to workers".

They noted that, based on the policy's division of equity among workers based on their duration of service, workers employed for 10 years or less get nothing. This created a strong incentive for farmers to retrench workers after nine years.

The distribution of shares also took no account of the number of workers on farms, Hall and Du Toit said. Workers on labour-intensive farms in the fruit and wine sectors stood to gain far less than those who worked on field crop and livestock farms, where far less labour is required.

Where the share equity model has worked, it has required very careful design and millions in private and public investment. This proposal may replicate "the worst aspects of the most meaningless share equity schemes of the past", they argued.

Minister Gugile Nkwinti should listen to the demands farmworkers have already submitted to him, namely for "tenure security on farms, decent living conditions, improved wages, and access to land for their own use".

"The minister could prioritise farmworkers in the land redistribution programme, instead of doling out farms to urban businessmen, as currently seems to be the case [based on very limited field research and interviews]," Hall and Du Toit said.

"The Eastern Cape's incomplete database shows only 17 of 228 farms bought by government for redistribution went to former farmworkers."

The department did not respond to requests for comment.