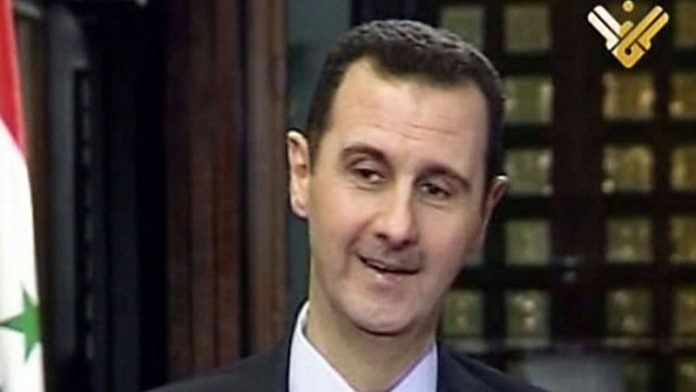 Syria announced a presidential election for June 3 on Monday, preparing the ground for Bashar al-Assad to defy widespread opposition and extend his grip on power, days after he said the civil war was turning in his favour.

Western and Gulf Arab countries that back Assad's opponents have called plans for an election a "parody of democracy" and said it would wreck efforts to negotiate a peace settlement.

United Nations-backed talks in Geneva collapsed in February with both sides far from agreement – not least over the question of whether Assad should go.

Monzer Akbik of the Western-backed National Coalition opposition group, told Reuters the election was a sign Assad was unwilling to seek a political solution to the conflict.

"This is a state of separation from reality, a state of denial. He didn't have any legitimacy before this theatrical election and he will not after," Akbik said.

"We do not know what actor he is putting up as an opponent but we are not taking this seriously."

Infighting has fragmented the anti-Assad forces, and several major opposition figures did not attend the Geneva talks.

"Parody of democracy"
The European Union reiterated its stance against holding an election now, saying such a vote: "conducted in the midst of conflict, only in regime-controlled areas and with millions of Syrians displaced from their homes would be a parody of democracy, have no credibility whatsoever, and undermine efforts to reach a political solution."

The three-year-old rebellion against Assad has killed more than 150 000 people, forced millions to flee their homes and caused the government to lose control over swathes of territory.

On Monday, 11 government and loyalist fighters were killed near Talbisah, an Alawite town north of the central city of Homs, the Syrian Observatory for Human Rights, an anti-Assad group based in Britain, said.

Alawites are followers of an offshoot of Shi'ite Islam. Assad is Alawite and the bulk of his opponents are Sunni Muslims, who form the majority of Syria's population.

On Sunday, dozens of people were killed in air strikes in the northern city of Aleppo, the Observatory said, including 14 people in the Baeedeen neighbourhood killed by "barrel bombs" – highly destructive improvised explosives dropped by helicopter, a tactic that Western countries have condemned as a war crime.

In Damascus, which has been spared the worst of the fighting, two people were killed by mortars fired by "terrorists", state news agency SANA said.

Although Assad has not explicitly said he will run for office again, preparations for his candidacy have already begun in state-controlled parts of the capital.

Announcing the election on state television, parliamentary speaker Mohamed Jihad al-Laham said requests for nomination would be accepted until May 1. Syrians outside the country would be able to vote at Syrian embassies on May 28, he said.

Parliament set residency rules for presidential candidates in March, a move that would bar many of Assad's foes who live in exile. –Reuters