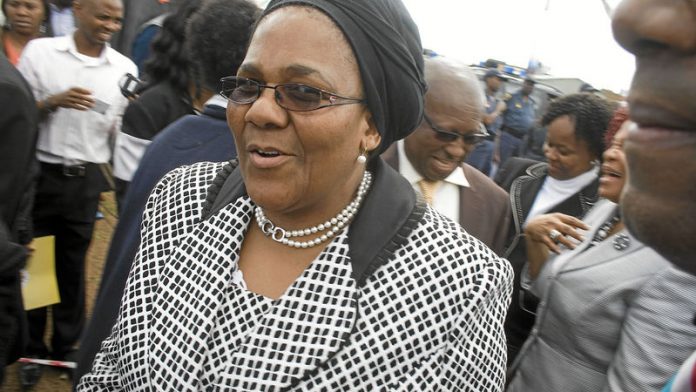 Provinces have asked the South African National Roads Agency Limited (Sanral) to take over certain roads as they recognised their own limitations and challenges, Transport Minister Dipuo Peters said in Pretoria on Tuesday.

"So it is one way of also making sure we can contribute to better road maintenance. [More than] 10% of good roads in South Africa are mostly under Sanral.

"That is why provinces … are also looking at building the capacity and benefiting from the capacity of Sanral."

Peters said the North West, Limpopo, the Eastern Cape and KwaZulu-Natal were already benefiting from Sanral's management of some of their roads.

"We have developed a new model where instead of one service provider having oversight over the entire nine provinces, we have broken down provinces into [groupings of] three, four and two."

This would ensure government conducted appropriate oversight. She said the total value of road maintenance backlogs was around R150-billion, which dwarfed the budget allocation provinces received.

"We are appealing to the moral conscience of our society … You contribute [through bribery] to allowing vehicles that are supposed to transport people becoming weapons," she said.

"But also, you contribute to allowing people to become murderers."

Given the knock-on effect it had on road safety across the country, corruption should be dealt with.

"We need to deal with corruption because it is that level of corruption that increases the carnage on our roads," Peters said.

Preliminary Easter weekend figures this year showed 193 people were killed in 148 crashes across the country.

The report was compiled by the police, evaluated by the Road Traffic Management Corporation, and verified by provincial transport departments.

According to Peters, this meant headway had been made in reducing the number of crashes and road deaths in South Africa. This was despite growth in both population size and the number of vehicles on the road.

Pedestrians accounted for 40% of those killed.

"This figure has become an almost permanent feature in our statistics. We need to really deal with the 40% of pedestrians. That is our biggest barrier right now."

The figures captured were for the period starting from Thursday midnight, April 17, to midnight on Monday April 21. – Sapa