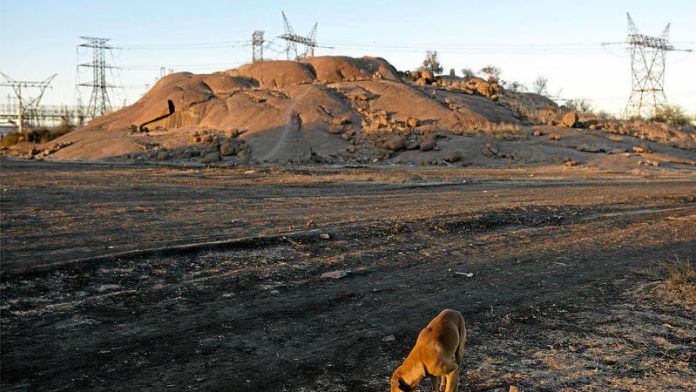 We are about to hold democratic national and provincial elections that will put in place the fifth Parliament of the Republic of South Africa.

There might be some blemishes, such as intimidation, killings related to votes, biased coverage by the public broadcaster and allegations of vote rigging. There might also be some complaints about the unsavoury role of money in South African electoral politics. But, according to all indications, the elections will most probably be declared free and fair and a true expression of the will of the people.

That is an achievement some countries elsewhere in the world can only dream of.

Considering our ugly past, especially the brutal racist dictatorship that we vanquished, we have reason to be proud of our achievements.

We have been able to build and maintain a stable political environment for 20 years. As other countries elsewhere in the world grappled with political and civil strife, we became a beacon of hope. We were even able to offer advice and assistance to other African nations in turbulent waters. It looked and felt as if we were on course to build a future filled with hope.

Even those of us in the Azanian People’s Organisation (Azapo), who strongly believed the Kempton Park political settlement was fundamentally flawed, harboured the hope that, as long as stability, the rule of law, free media and other elements of democracy remained in place, there was a chance that we could, in time, remedy the imperfections inherent in that political settlement.

But, alas, many of us are now experiencing a sinking feeling – that the dreams of building a bright future for our children might be fading and that we might in fact be descending towards a failed state.

At the heart of this sinking feeling is the growth of rampant and shameless corruption in public life, starting right at the top of state leadership.

We see crass materialism trumping everything else; the will to serve the citizens seems to have given way to the desire to loot shamelessly. Ethical leadership is deserting the scene, allowing a frenzied feeding spectacle to unfold before our eyes.

The Nkandla scandal and the Marikana massacre are the lowest points yet in our apparent descent into what some have called a predator state.

Who could have imagined a democratic government under a former liberation movement mowing down striking workers with automatic weapons?

Could anyone have thought we would see the day when an entire government would, with a straight face, try to justify expenditure of nearly R250-million of public money on the home of one person clearly in pursuit of grotesque opulence?

The auditor general routinely reports financial mismanagement and fraud in many state institutions, which do not hold any consequences for those involved.

In the past financial year, the auditor general reported a misspending of R30-billion across the three spheres of government but no one was arrested or disciplined in any way.

There is no clearer invitation for fraudsters to continue looting public resources. No wonder communities are fed up and take to the streets every day to voice their plight.

Public protector Thuli Madonsela is inundated with requests from citizens to investigate all sorts of abuses in the public sector. This huge volume of work gives an indication of the amount of rot in South Africa’s public affairs.

But, instead of offering support and encouragement, the ruling party and its government often attack her for doing her work diligently.

Azapo observed that the 1994 political agreement was big on rights for all citizens but glaringly defective on economic justice. It was clear that issues relating to land restoration and economic ownership were left untouched.

This meant that the deliberate and systematic impoverishment of the majority black population by settler-colonialism and apartheid would not be redressed. Under the circumstances, the black majority would be voting for their own poverty and landlessness.

This is, in fact, what has been happening in the past 20 years. In our much-vaunted democratic dispensation, South Africa has become one of the most unequal societies in the world.

The protests we see on a daily basis and the fact that 15-million of our compatriots are dependent on social grants attest to deteriorating levels of poverty.

Some of us felt that, as long as ethical, moral and honest governance existed, there was a chance that these serious problems could be remedied by the state. For that to happen, however, we need a leadership that truly wants to serve the needs of its people.

It is very difficult to mobilise the population for development in the face of rampant corruption on the part of the leadership. Rightly, people get cynical when people in the leadership pretend to oppose

corruption but are blatantly involved in it – they talk left but walk right.

The failed state might be our destination if we do not slam the brakes on corruption.

#RememberMarikana: The miners killed at Marikana on 13 and 16 August 2012