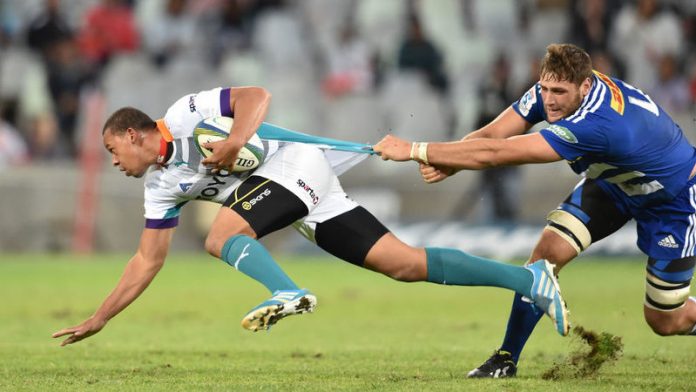 Cheetahs coach Naka Drotské on Saturday lauded his players for what he described as their best performance in Super Rugby this year.

The Bloemfontein side beat the Stormers 35-22 and lifted themselves off the bottom of the overall points log, switching places with the Stormers.

The hosts scored a total of five tries, obtaining their first bonus point in this year's competition. Drotské praised his side for a better second-half performance and said there was still much to play for in the competition.

"I am really proud of the players. To score five tries against the Stormers — a side that has a very good defensive system — is a really good achievement," Drotské said.

"At half time, we were in front and we kept that lead. In a few other games this year we were in the lead at the break but let it slip in the second half. The first 10 minutes in the second half we were too much in a defensive mode, but after that we came back and scored to great tries to close the game."

He said he felt his team had played well in both defence and attack.

"That isn't something that has happened a lot of times this season. We came up short in both departments in earlier games.

"There are definitely positives going forward. There are still six games left so it is very important for us to end the competition on a high."

"Form is temporary, but class is permanent and I think it showed with someone like Willie Le Roux. It was the old Willie again after he had a bit of a slump the last couple of weeks. He attacked the line again and was brilliant. It is great to have him back again."

One of the biggest setbacks for the Cheetahs over the last couple of weeks has been their inability to close out games in the second half after enjoying early leads.

"The message at half-time was the same as it has always been. We played well in the first half in a game that we finally got to build some phases.

"We got quick ball on the front foot, something that Sarel Pretorius helped with a lot. The message was that we needed to keep on doing what we had done in the first 40 minutes and refrain from playing in our own half. The players showed much character in sticking in there for the victory," Drotské said.

Stormers coach Allister Coetzee had little to say afterwards, other than "It was just very disappointing." – Sapa