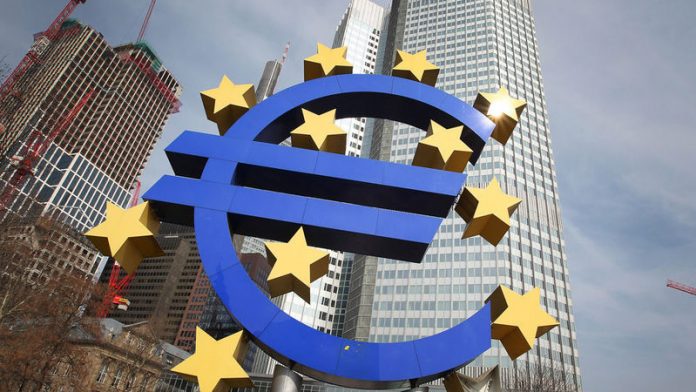 European banks must show they can survive simultaneous routs in bonds, property and stocks in the toughest test to date by regulators aiming to restore confidence in an industry that had to be rescued by taxpayers in the financial crisis.

The European Banking Authority (EBA) said on Tuesday it would gauge the resilience of 124 banks from the 28-country European Union (EU) to see if they would still have enough capital after facing a toxic cocktail of theoretical shocks.

The EU watchdog set out scenarios that banks such as Deutsche Bank, BNP Paribas and Barclays will face in a test whose results will be published in October, raising hopes among policymakers that banks can finally turn a corner and lend more to the economy.

Over a three-year stress test period – a year longer than in the previous exercise – banks must show they can cope with a cumulative loss of 2.1% in economic output, much worse than the 0.4% decline in the last test.

Such a poor economic performance would push up unemployment to 13% and send house prices down 20% on average, triggering defaults on loans held by banks on trading books, the EBA said.

Tested
Separately, European insurers are also being tested by their regulator as policymakers seek to address market criticism that the EU has not been as robust in its response to the financial crisis as the United States.

European banks such as UniCredit are already bolstering their capital to avoid the humiliation of failing the test, and before the European Central Bank (ECB) becomes their supervisor from November as part of a new eurozone banking union to intensify scrutiny of lenders.

Previous tests failed to convince markets and this time round the ECB is reviewing the balance sheets of the top eurozone banks to ensure the stress test is based on reliable numbers in the first place.

"The exercise's full transparency will be key to its credibility," EBA chairperson Andrea Enria said in a statement outlining the mix of shocks banks would face in the stress test. "It will show how efforts recently undertaken by EU banks are already bearing fruit and it will provide a common framework for the next steps to be taken by supervisors and banks."

Banks that fail the test will be given time to plug capital holes by raising money from investors, scrapping dividends or selling assets.

Higher threshold
Although the European economy is improving after several years of fallout from a banking and eurozone debt crisis since 2007, regulators opted for their toughest test yet after the failure of each of the previous three exercises to convince markets that banks have enough capital.

The EBA already said the test would cover three years from January 2014, during which banks would have to maintain core capital equivalent to at least 5.5% of their risk-weighted assets to pass, a higher threshold than in the previous test.

The impact of the theoretical economic slowdown will be felt in six shocks hitting all assets held on banks' trading books, compared with two shocks in the prior test.

This time round, banks cannot include planned measures to boost capital after the December 2013 cut off date for the test.

Banks will also have to show that while their assets are being pummelled, they can manage liabilities, meaning they can foot the higher funding costs such distressed markets would bring despite the test's cap on income from interest and trading.

Assets react
Experiences from the recent past are also being included in the test, such as spikes in market interest rates, and turmoil in central and eastern European currencies in the wake of recent foreign exchange crises, such as in Hungary.

The stress test includes national variations in how the different assets react to the economic downturns.

For example, the gap between expected house prices and the "adverse" scenarios banks are tested against varies massively, with banks in Britain, Sweden and Finland tested against the biggest departures from expectations and banks in Spain and Portugal, which have already suffered massive property slumps, tested against the smallest slumps.

Tests against a commercial property collapse are most severe in Britain, Sweden and Denmark, and least severe in Austria, Portugal and Spain.

The test will also set tougher criteria on government debt holdings. The bulk of sovereign debt held by lenders is in the so-called available for sale (AFS) category in trading books, and some national regulators allow banks to ignore the impact of market slides in this category in real life.

Despite opposition from some regulators, the EBA test will impose a common phase-out of this protection where it exists, so that by the third year, at least 60% of AFS would be unshielded.

The watchdog hopes the test results and data will be detailed enough so that analysts can replicate it with their own computer models as a cross check. – Reuters