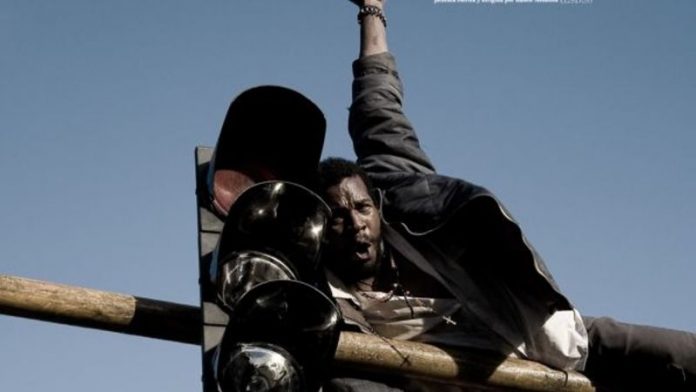 Travel and searching are themes that run through the selection of films at First Colombian Showcase, which moves after a successful run at the Bioscope in Johannesburg to the Labia Cinema in Cape Town on Thursday May 8.

Searching through the past, through predictions of the future, by travelling across the breadth of Colombia from the Pacific to the Caribbean and into the interior, a large portion of the wide selection of the country’s cinema from 1978 to the present reveals a nation contemplating the physical and psychic landscapes of its identity.

From Apathy, an irreverent road movie, laced with undercurrents of tragedy, to the deeply moving Portraits in a Sea of Lies, an examination of hidden trauma through the eyes of a young girl and her cousin as they travel to try and recover land lost to them years before, and taking a selection of short films, animation, and documentary along the way, there is much to be seen in the genre-rich programme.

Co-ordinated by the SUR, an independent association promoting Latin America arts and culture in South Africa and vice versa, the showcase points to a strategy of South-South conversation. The SUR, comprising filmmakers, festival co-ordinators, and cultural exchange experts, regards the First Showcase as a pilot project in the hope of attracting, they said, “resources that will allow us to host more editions of the festival that explore issues a little deeper, through panels, workshops, and other forms of collaboration with filmmakers from both countries”. They are also planning to host a South African Film Showcase in Colombia. Being a purely volunteer initiative, with partial support from the Colombian embassy, means that a lack of resources for this edition limited the collective’s ability to build a larger programme of events.

The collection of films in this edition highlights the richness of approaches to narrative form in Colombian cinema, something South African filmmakers could learn from. South-South cultural exchange, especially in film, offers an alternative to the Western models of film, such as Hollywood genre films, which seem to have a grip on the South African film funding community.

Said the SUR: “Our countries share not only similar challenges but also a history that is seldom highlighted and only recently incorporated in formal educational curricula. We believe films and other cultural exchanges can help educate, illustrate and connect. They can also complement the cultural scenes in our countries by feeding each other with new influences, trends and references that are not the usual Western models, thus contributing to a more dynamic and diverse arts scene. They also have the potential to create new trade relations, meaning that artists can start considering promoting their ‘products’ in other regions that were not in their scope before. This effectively translates into both, more profit in the form of album sales, concert tickets, tours, exhibitions, and increased exposure to entirely new audiences. The challenge is of course, creating the audience in the first place.”

This is a challenge that the SUR hopes to meet with this showcase. They wish to have tangible impact, resulting in something that goes beyond the event itself. “Some type of collaboration, a workshop, a film, an album. Products that can foster the dialogue and that can create a direct relationship between artists, or filmmakers, even musicians, from both sides.”

While this first showcase has the endorsement and support of the Colombian embassy, they are planning to approach local government agencies for future showcases in both countries.

Also screening, but not as part of the main programme is the documentary, is La Toma (The Siege), a documentary on the search for justice by the family members of those who disappeared in the siege on the Palace of Justice in Bogota on November 6 1985. A co-production between Colombia and South Africa, and directed by Angus Gibson and Miguel Salazar, the compelling and nuanced documentary explores the relationship between the search for justice and the need to grieve.

The SUR believes that “this film showcase is a step in that direction by exposing South Africans to the kind of cinema being produced in Colombia, the kind of techniques being used and the stories being told. It is ultimately a tool to show what Colombia looks like, its people, its landscape, its cities, so that it ceases to be just the name of a country on the other side of the world, but a place with a face, people and a rich and complex reality; beyond the stereotypes.”

The First Colombian Film Showcase opens on Thursday May 8 at the Labia Cinema in Cape Town. Ticket Prices are R35, or buy a festival pass (which is transferable) for all 10 screenings for R250.

La Toma screens outside of the main programme on Saturday, May 10 at 1.45pm