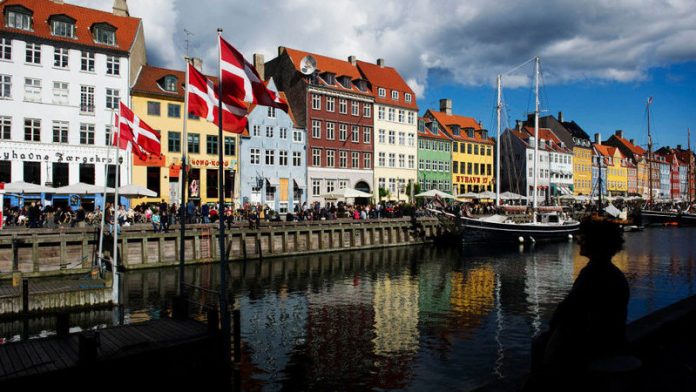 Copenhagen, originally a Viking fishing village founded in the 10th century, has come a long way since then, producing writers like the fairytale king Hans Christian Andersen and the father of existentialism, philosopher Søren Kierkegaard.

And today the city boasts the most Michelin stars in Scandinavia, ranks highest in most quality-of-life surveys, is ecofriendly with a swarm of bikes and wind farms all around and is relieved from the Swedish Abba fever by rather focusing on jazz (with various prominent musicians and a yearly festival taking place in July).

Copenhagen is like that, just a little more stylish than what you’d ever expect and just a hop and a skip ahead of the rest of the globe. “Intelligent people are never bored,” says architect Bjarke Ingels. On the up and up, Copenhagen feeds into exactly this sentiment.

“It’s a small society and everybody knows each other and respects each other for what they are doing,” says Ronny Emborg, the Michelin-starred chef at the famed Hotel D’Angleterre and scribe of The Wizard’s Cookbook.

And that is the allure of the city of Copenhagen, the seat of cool, and Europe’s answer to design – yet always resting its heart on its sleeve. With a host of exciting new prospects, the rejuvenation is seemingly unstoppable.

Manservant
Luckily you don’t need to quickly learn Danish to come and stay at this grand palace in Copenhagen called the D’Angleterre. Established in 1755, the hotel’s most recent refurbishment has now added all the desires of a 21st-century luxury traveller, from Bang & Olufsen TVs to a state-of-the art gym and massive pool. But the rooms, as they were for Alfred Hitchcock and lady Grace Kelly, are the big seductions here.

The epic suites, with connected marble bathrooms, are swank in subdued berry hues, with a mélange of plush fabrics for rolling around in. Resting on the Nyhavn (the waterfront) and overlooking the Kongens Nytorv (the famous square), the “White Lady” started as a sultry love story between a manservant in the royal court and a daughter to the royal chef.

This romance for the ages led to them opening a restaurant on this very site. And with their experience of serving the privileged, the hotel prospered. This is something the hotel still takes seriously as they aim to please every regal whim you might have – whether it be foot rubs and champagne, or caviar at the bar Balthazar or restaurant Marchal.

It is here, in the brand new kitchen of Marchal, where French and Nordic fare are in league, that chef Ronny Emborg’s sorcery is most evident. “Everything is so close, within an hour, you have a celeriac that has just been picked out of the earth – right from outside Copenhagen,” says Emborg. “Everything is edible and so juicy, the root, the skin, the top and the celeriac itself.”

Those calling this city home include Bjarke Ingels – TED darling and wunderkind architect, and founder of the architectural group BIG. He has now opened offices in New York and is working on some of the biggest design and construction projects in the world (including the Smithsonian in Washington DC).

An all-time favourite speaker at the Design Indaba in Cape Town, Ingels speaks excitedly about a project to open in the city in 2016: a new waste treatment plant at Amagerforbraending, an incineration plant in Copenhagen that transforms waste into electricity. “It’s a new breed of waste-to-energy plant, one that is economically, environmentally, and socially profitable; and situated just outside the centre of Copenhagen in an industrial area.”

Ski slope
He describes the idea behind it quite simply: “Instead of considering Amagerforbraending as an isolated object, we mobilise the architecture and intensify the relationship between the building and the city, thus expanding the existing activities in the area by turning the roof of the new Amagerforbraending into a ski slope for the citizens of Copenhagen”.

The roof will be ecological and usable all year round, upending the convention of the energy-intensive indoor or alpine ski resort. When completed, the new facility will be able to treat approximately 500 000 tonnes of waste annually (for at least another 25 years), corresponding to about 10% of all residual waste in Denmark. The facility will be able to supply low-carbon heat and electricity to 140 000 households in the metropolis.

And if this wasn’t futurist enough, there is the Kaospilots, a “hybrid business and design school”, which has been listed in Business Week and Fast Company as one of the best schools in the world.

Their focus is on fostering change-makers and in the end what the world wants most: responsible entrepreneurs. Although starting in Aarhus, Denmark’s second-largest city, the pilots now spread their knowledge across the capital with both students and projects.

One Copenhagen-based project that was born out of Kaospilots is Unfair Fashion, an initiative established to provide upcoming Nordic fashion designers with a creative and encouraging platform. But it doesn’t dry up here; there are creative leadership projects in Cape Town and Mexico City taking place right now, which could develop into anything progressive.

But if you’re interested in just strolling the streets and seeing some real life on the sidewalks, try following street photographer Søren Jepsen’s The Locals blog: it is most certainly the zenith of style. But first pop over to one of the Coffee Collective locations, of which there are three, where the coffee is lightly roasted and the crowds all know something you might not.

On the way to appreciate sculptor Edvard Eriksen’s The Little Mermaid, which sits politely at the waterfront, is when the city’s styled and anti-styled will pass you by. So make sure you keep your spectacles tilted.

To read more about Bjarke Ingels, and his BIG brand, follow him on Twitter @BjarkeIngels or visit the cheeky website big.dk. For Ronny Emborg and the Hotel D’Angleterre, visit ronnyemborg.dk or dangleterre.com.

France finish top ahead of Denmark after World Cup stalemate