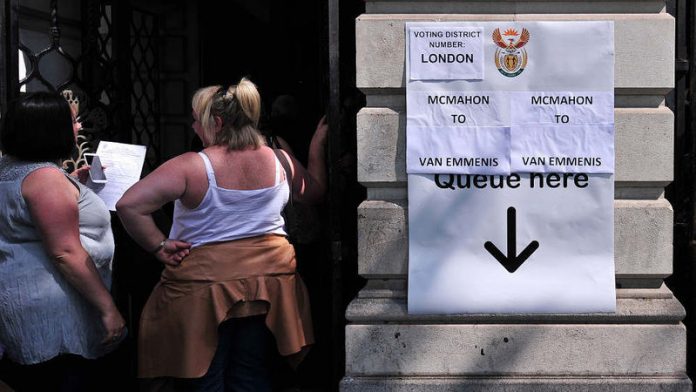 The last voting station in Los Angeles, United States closed at 6am South African time, Electoral Commission of SA (IEC) spokeswoman Kate Bapela said. “Votes cast at 116 South African missions are now being couriered in secure bags back to Election House in Centurion, where they will be reconciled against the list of voters who successfully notified the Chief Electoral Officer of their intention to vote outside the Republic.”

Bapela said about 27 000 voters successfully applied to vote overseas. “Initial reports from the combined electoral commission and department of international relations and co-operation operations centre were that voting had proceeded smoothly at all missions with no major problems encountered.”

Bapela said the turnout was reportedly high in London, where 9 863 voters had been expected, and in Dubai, with 1 539 registered voters.

The next round of special votes would take place on Monday and Tuesday when IEC officials would visit 295 731 voters in their homes, retirement centres, hospitals, and health care facilities. –Sapa

The electoral commission has stripped Black First Land First of its status as a political party, but rejected an appeal against the ATM
Read more
National

The IEC has written to the lawyers of the 27 smaller parties who reported election irregularities, saying their demands were unreasonable and unlawful
Read more
National

Behind the scenes: Reporting on an election

'...and then the coffee ran out': What it's like to report South Africa's election
Read more
National