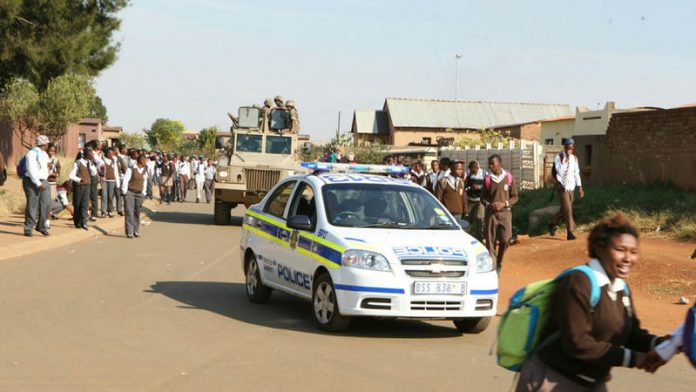 Two tents belonging to the Independent Electoral Commission (IEC) were burnt in Bekkersdal on the eve of the May 7 general elections, Gauteng police said.

Lieutenant Colonel Lungelo Dlamini said that earlier on Tuesday residents beat up a man they accused of theft, but police intervened and rescued him. “They ran away and burnt tyres and two tents belonging to the IEC.” No one was arrested and the extent of the man’s injuries was not immediately clear.

Bekkersdal has been the site of protests over service delivery and other issues since last year. In February voter registration was disrupted in Bekkersdal when two voter registration stations were petrol bombed. In March an ANC delegation was pelted with stones during a door-to-door campaign there.

Bekkersdal was one of several hot spots where the army was deployed to keep order, police said on Tuesday.

“We have received reports of disturbances in Bekkersdal where residents have blockaded roads with burning tyres,” said Dlamini. “At this stage we don’t know the cause of the violence.”.

Violent protests directed at the ruling ANC have sprung up in various parts of the country, as poor communities protest against shoddy public services. Despite this growing disaffection, Wednesday’s election is expected to hand the ruling ANC its fifth consecutive victory since the fall of apartheid in 1994.

Meanwhile, all security measures were in place for the South Africa’s general elections on Wednesday, the National Joint Operational and Intelligence Structure said.

“As election fever sweeps through the country, the law enforcement … can once again assure our communities that all security plans and law enforcement officials are in place,” said Lieutenant Colonel Solomon Makgale. – Sapa, additional writing by Staff Reporter