Nigeria kidnapping marks ‘beginning of the end of terror’ 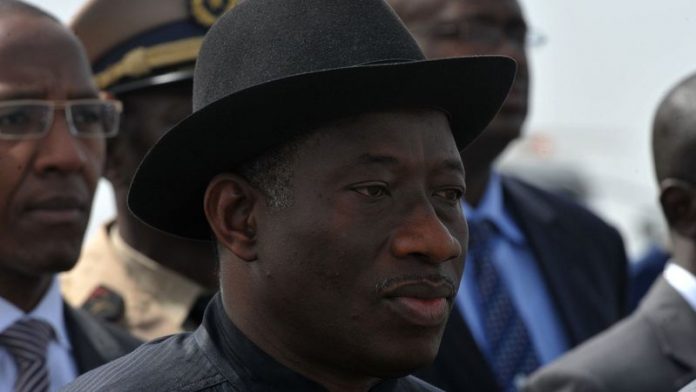 Nigeria’s President Goodluck Jonathan on Thursday said the kidnapping of more than 200 schoolgirls by Boko Haram will mark a key turning point in the battle against “terror in Nigeria”.

“I believe that the kidnap of these girls will be the beginning of the end of terror in Nigeria,” Jonathan told delegates at the World Economic Forum, thanking Britain, China, France and the United States for their offers of help to rescue the hostages.

The four world powers have pledged varying levels of expert help to track down the girls whose April 14 mass abduction from Chibok in north-eastern Borno state has sparked global outrage. Jonathan’s comments echoed those of US President Barack Obama earlier in the week. Obama said the Chibok kidnappings “may be the event that helps to mobilise the entire international community to finally do something against this horrendous organisation that’s perpetrated such a terrible crime”.

Jonathan had hoped that the World Economic Forum would highlight Nigeria’s economic progress and its recent emergence as Africa’s top economy, but the headlines have remained focused on Boko Haram.

‘Major blow to the terrorists’
The latest massacre by the group, involved the killed hundreds this week in the north-eastern town of Gamboru Ngala. Jonathan thanked the more than 1 000 delegates from over 70 countries for coming to the summit in Nigeria’s capital, which has been attacked by Boko Haram with two car bombings in the last month.

“You are supporting us in winning the war against terror,” he said. “If you had refused to come because of fear the terrorist would have jubilated.

“You are supporting us morally,” he added, saying the conference going ahead was “a major blow to the terrorists”. Chinese Premier Li Keqiang, who spoke before the Nigerian leader, assured Africa of continued economic support with no political conditions attached.

The first plenary session of the summit began with a minute of silence “to express our solidarity and particularly our feelings with the victims, with the families but also in the hope that the abducted girls will come home soon”, World Economic Forum founder Klaus Schwab said. – AFP