Is a shared South African history a fallacy? 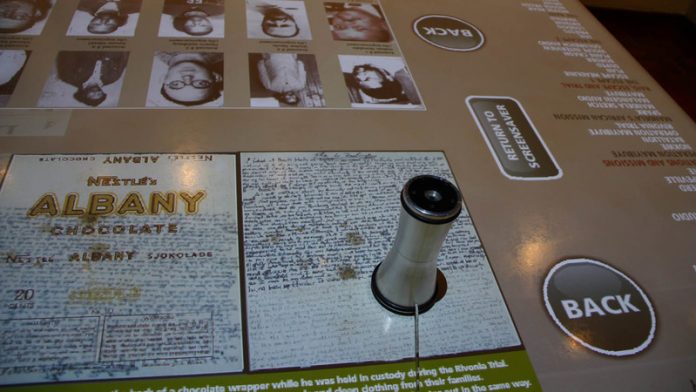 When it comes to history, South Africa has many versions of the truth: it has been written and passed down through the generations verbally, from many different perspectives. These rich and varied stories should shape our identity as South Africans, says the founder and chief executive of the Lilieslief heritage site, Nicholas Wolpe. “Sadly they are in danger of being lost altogether,” says Wolpe.

“We are in danger of losing our heritage. Apathy on the part of people and a loss of focus on history as a subject in schools mean it is being diluted and will eventually be lost.

“There is the perception that history as a subject is not economically useful. We get so caught up in the need to develop students for careers by training them in science, maths and English, that we neglect history. But history is crucial on many levels.”

Wolpe points out that history goes beyond shaping national identity — it also forms the basis of political and investment decisions.

“Voters make their election decisions based on historical loyalties, historical patterns and their own sense of identity. Investors make their decisions within the context of how a government is performing, and they have to use the history as a barometer to evaluate and extrapolate investment decisions. So history provides a framework and background to make assessments about investment, and as such it is an economically relevant issue.”

Keeping history alive allows nations to progress, says Wolpe. He points out that many wars have been based on historical resentments that were suppressed and simmered for generations.

“Much like counselling for victims of crime, people also need to discuss and process the atrocities of the past to reach a point at which there is understanding and true reconciliation. This cannot happen if you sideline history. It needs to be kept alive,” he says. The future, therefore, is built on the past. “History puts things into context, and you need context for all decisions,” Wolpe says.

South Africa”s multicultural heritage should be a critical part of the nation”s unique identity. However, failure to conserve and keep alive the various cultural stories could result in our losing that which makes South Africa a rainbow nation.

“Look at the various language groups, the different creeds and cultures. We need to be keeping the various languages and cultures alive. Family history, community history, cultural traditions and national history need to be passed down from generation to generation, and we need a collective gathering of South African history. We need this so that when we mark 20 years of democracy, we understand what the point of it is, what happened before and why it is relevant. We need to remember all of the past — good and bad — to ensure that the mistakes of the past are not repeated,” says Wolpe.

Wolpe says: “Without keeping history alive in the minds of all South Africans, we could risk new polarisation and domination of one group by another.”

He adds that while the euphoria that surrounded the release of Nelson Mandela and the first democratic election has died down, it is possible that the nation”s Born Frees are slowly forging their own shared national identity and culture.

“We may see that future generations naturally develop their own shared identity and history. But it still needs to be seen in context. Therefore, we have to make every effort to keep history alive in schools, curate the past and talk about history with each other,” he says.

Programmes initiated by the department of arts and culture are geared to embrace the country”s history and stand as a reminder, particularly on national holidays, to South Africans about the struggles of the past to ensure a democratic future.

In his speech this year to mark freedom month, Minister Paul Mashatile said: “All our national days and days of significance, such National Youth Day, Africa Day, Mandela Day, Women”s Day, Heritage Day and Reconciliation Day, reflect on the road we have travelled since 1994.

Our programmes are geared at reminding South Africans, especially young people, of where we come from as a nation; that our freedom was not free and that we have an obligation to defend it jealously.

“They also seek to mobilise South Africans, from all walks of life, to share their experiences of the past twenty years; together to celebrate our achievements, to own-up to our challenges and to commit to working together towards a shared and prosperous future.”

South Africans also keep their cultures and heritage alive through commemorating special events or hosting festivals. South Africa”s Indian community keeps their heritage alive during the The Shared History Festival. Ankur Bhardwaj, director for the International Festivals of Teamwork Arts says: “It is a unique platform for the arts and is presented in a spirit of collaboration between South African companies and those from India. It is a celebration of ideas and content that transcend language, social barriers and the different art forms.”

Artists from India, Africa, Brazil and others perform at the festival.

The annual Portuguese festival, Lusito Land, is also aimed at preserving the cultural heritage of Portuguese citizens through arts, music and food. “Lusito Land first opened its doors in 1981 as a festival that celebrated the Portuguese tradition and culture. Over the last 34 years, it has evolved into a festival celebrated by the many cultures that make up Johannesburg and Gauteng,” says the Lusito Association.

Yet, despite the many efforts to keep culture shared and alive, South Africa still faces other challenges.

The SA Reconciliation Barometer 2011, which seeks to identify the biggest divisions in South Africa, states that “South Africans still do not feel comfortable having frank discussions about race with others they perceive to be different from themselves. This will likely be a challenge to forthright dialogue about the future of the country.

This article forms part of a series of articles in partnership with Liliesleaf on South Africa”s history.

Freedom Charter rescued from auction in the UK