On the Hunt for more ugly, scrappy wins 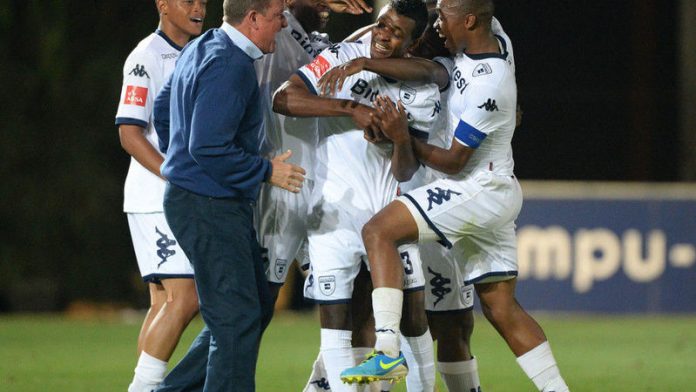 Such is his nature that Bidvest Wits coach Gavin Hunt will invariably call the glass half empty rather than half full. This season is a case in point. Wits finished third in the league, their 56 points being the highest ever achieved by the club, and, in a period when others are thinking about a piña colada in the one hand and some suntan lotion in the other, for the students there’s still Saturday’s Nedbank Cup final against Orlando Pirates to think about.

Hunt, however, his appetite undiminished, wants more. He bemoans the string of draws at home – against Polokwane City, Black Aces, Kaizer Chiefs and Pirates – as the season hit its final gallop, and thinks that Wits have yet to master the art of winning ugly.

“In some of those games, [such as] against Polokwane and Aces, we had 70% of possession and played good football – but we dropped two points,” he says, his voice not far from the customary Hunt growl. “We’ve got to learn how to score the scrappy goals and get more players scoring them this coming season.

“Look, there are people in the club who are happy – I think Brian [Joffe, the Bidvest owner] has now got a taste. Now we’ve got to go a little bit, spend a bit of money, reach a new level. I think Brian enjoyed those wins against SuperSport and Sundowns more than he enjoyed the Adcock deal [Bidvest recently became the single biggest shareholder in the pharmaceutical group]. For me there’s still work to be done.”

Crucial
Other than having an away record that is superior to their home one, Hunt and his chief executive, José Ferreira, both agree that their 3-1 home loss to Free State Stars in March was crucial. “I don’t think we really recovered from that,” says Hunt wryly, Ferreira adding that they could have played through the night and into the morning and they still wouldn’t have won it.

“Had we gone into April with those three points it would have made an incredible difference,” says Ferreira, reflecting on what could have been.

Although Wits weren’t as good as they should have been at home and probably didn’t score enough goals to deserve the title, Hunt is canny enough to know that they have built from the bottom up and have arguably the most solidly constructed house in the league, given their resources.

Now they need to tinker, polishing here and customising there. Although they don’t have bank balances the size of Patrice Motsepe’s at Sundowns, they still need a striker or goal-scoring midfielder and arguably need either to hold on to Sibusiso Vilakazi or spend the money they receive for him with infinite care.

“I’m not going to lose him locally,” says Ferreira. “Brøndby [in Denmark] were impressed, so that’s an option, but he’s not going anywhere in South Africa, that’s for sure.”

With a winner’s purse of R7-million and R2.75-million for the loser, Saturday’s final in Durban would allow Wits greater freedom in the market if they beat Pirates, although the caveat to this is that South African football at the moment is rather like an Eastern European thrift shop: there’s not a great deal on offer.

Forking out for a foreigner
Chiefs’ Bernard Parker finished as the league’s top scorer on 10 goals, failing to add to his tally after February, and short of forking out for a foreigner, there’s no must-have buy in sight. This said, Ferreira is proud of having an unparalleled eye for a bargain. In the equivalent transfer window last year he spent the least of all 16 PSL clubs, his $24 000 for Getaneh Kebede from Debebit Football Club of Ethiopia being his biggest buy.

Old hand that he is, he knows who is coming to the end of their contract and who he might grab on loan or free transfer. Here is a man with a microscopic memory and an appreciation of fine print. “The market is hugely inflated,” says Ferreira long-sufferingly. “What we pay our footballers is nowhere near the quality we should be getting.”

In many ways, this PSL season will be looked back on as one brimful of contradictions. Few begrudge Sundowns their title victory, although it is surely right to point out that the Motsepe pot of gold played a part in their success. At the same time, strikers are scoring fewer and fewer goals, with matches appearing to be crabby affairs, perpetually on the verge of anxious stalemate.

This, though, isn’t quite right either, because this season saw sides aiming for three points in trying to win – something that, by their own admission, Wits didn’t do quite enough of. Combine this all with the decline of the coastal sides: Golden Arrows were relegated and Ajax Cape Town are taking internecine squabbling to new lows, and we have a season that was neither fair nor foul. For their part, Wits might look back on it as one that helped to make the next, with Hunt, among others, looking forward to steady improvement.

Hunt’s relentless pursuit of success – and the sometimes rough roads he needs to drive his players on in order to get there – means that other aspects of his personality are frequently forgotten. He is a careful – and often silent – watcher of practice games; he can also offer gentle advice – indeed, he might have mellowed slightly since the barnstorming years at SuperSport United.

Still, let’s not get soft on Hunt; he’d see it as weakness. At heart he remains the left back he once was at Hellenic: tough, ornery and politically incorrect, three very important virtues for a successful coach.

Women’s football in Nigeria has a long history of defiance