The taming of Swaziland’s judiciary 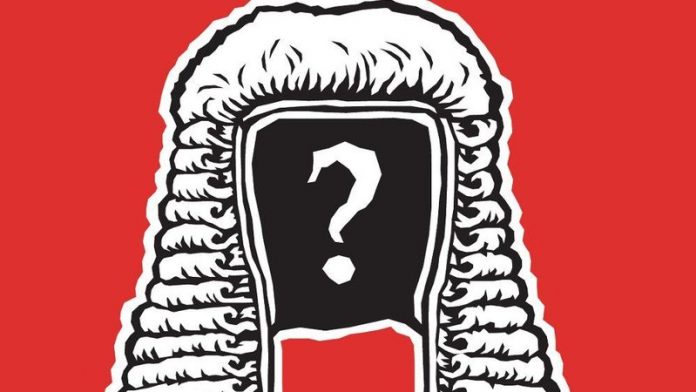 On his 45th birthday last year, Swaziland’s King Mswati III conferred the Order of Merit on Chief Justice Michael Ramodibedi. It was a slap in the face for Swaziland’s lawyers, who had staged a three-month-long strike in protest against the effect of Ramodibedi’s leadership on the administration of justice in the kingdom.

One Swazi legal expert, who did not want to be named for obvious reasons, lamented: “The situation is tragic, demoralising and totally unnecessary. The judiciary has been reduced to a one-man show, the chief justice’s fiefdom. If anything hurts his interests, he uses the courts; the rule of law is abrogated. He has polarised the legal fraternity, the Constitution is flouted and the king is silent; the authorities do nothing, as if to say “well done’.”

Why has Mswati shown such favour to a Lesotho-born judge accused of “decimating” the Swazi judicial system, and who, as an appeal court judge in Lesotho itself, faces impeachment for alleged fraud and unconstitutional conduct?

The king is also seen as having violated the spirit, if not the letter, of the new Constitution by permanently appointing Ramodibedi on an open-ended contract in 2012. The 2005 Constitution mandated that a Swazi chief justice be appointed within seven years from that date.

There may be method in Mswati’s madness. Government spokesperson Percy Simelane insists the judiciary is independent. But legal sources in Swaziland disagree, saying Mswati fears the new Constitution could weaken his absolute authority vis-à-vis other centres of power, including the judiciary and the media, and is using Ramodibedi as his instrument.

Also seen as central to this “royal conspiracy” are the minister of justice and constitutional affairs, Sibusiso Shongwe, the Judicial Services Commission (JSC) and certain judges who are considered to be “politically reliable” by the king. Chief among the last is Mpendulo Simelane, the judge in the current contempt of court trial of respected editor Bheki Makhubu and human rights lawyer Thulani Maseko.

Ramodibedi and Mswati
At the opening of the high court after his appointment, Ramodibedi told the assembled judges he was the makhulu baas (big boss) and they had a constitutional duty to obey him. The use of the Fanagalo phrase, with its apartheid undercurrents, raised eyebrows. The speech also indicated that the new chief justice would brook no criticism or opposition. The next year, he ordered that judges could not hear cases against Mswati or royal institutions.

Even more intimidatory was charging the independent-minded Judge Thomas Masuku before the JSC for alleged misconduct in August 2011. Ramodibedi, who chairs the JSC, was – at his insistence – both complainant and judge in the case, which was heard in camera.

At issue was a ruling against the police’s wrongful seizure of cattle in the king’s name. Masuku said Mswati, as a supporter of the rule of law, would be “talking with a forked tongue” if he had issued the order.

Sources say Ramodibedi presented this as an attack on the king, and Masuku was sacked. Outraged Swazi lawyers reacted by boycotting the courts and the Law Society of Swaziland lodged an eight-point complaint against the chief justice with the JSC.

Prime Minister Barnabas Dlamini hailed the chief justice for his good work and said the government was proud of him.

Ramodibedi’s interventions in the Makhubu trial, some of doubtful legality, are seen as driven by both a personal grudge and a desire to gratify Mswati. The treatment of Makhubu shows signs of vindictive overkill: armed police stormed his parents’ rural homestead and a heavily armed police guard escorted him from prison to court.

Ramodibedi laid two contempt charges against Makhubu, the first prompted by a hard-hitting column on the makhulu baas speech, the second by an attack on his prosecution of a government vehicle inspector who arrested a judge’s driver.

Makhubu was denied bail as an alleged flight risk. Ramodibedi has also personally threatened the managing editor of the Swazi Observer with arrest if the newspaper continued to comment on the Makhubu trial.

But these are seen as more than grudge prosecutions: alone among Swaziland’s deferential media, the Nation has criticised Mswati’s avarice and lavish lifestyle. Sources say that even if the king did not orchestrate the Makhubu case his prosecution would have pleased him.

Lawyer Mandla Mkhwanazi said that under Ramodibedi the judicial system had become “a sorry sight … In 17 years of practice I have never seen it in such a bad way.”

In the Makhubu and other cases, high court judges had contradicted each other and refused to recognise their colleagues’ judgments. “The chaos may take years, even decades, to correct,” Mkhwanazi said.

Ramodibedi has publicly said he does not give interviews to journalists. The Mail & Guardian approached him for comment this week without success.

Sibusiso Shongwe
A former attorney, justice minister Shongwe was a JSC member before Mswati appointed him to the Cabinet. Shongwe is close to Ramodibedi. In a perceived breach of the separation of powers, Shongwe allegedly visited Ramodibedi at his residence in the five-star Royal Villas Hotel after Makhubu and Maseko were briefly released.

As with Ramodibedi, Mswati appears indifferent to questions about Shongwe’s background: he has a fraud case hanging over him, allegedly connected with the “theft through misrepresentation” of more than R220?000 from Swazi Observer newspapers. Though filed in court last year, the registrars refused to put the case on the court roll until this year and no court date has been allocated.

Shongwe has consistently defended Mswati, reportedly telling court staff after his appointment that he would not tolerate disobedience and would ensure that those who opposed the royals were dealt with. A source close to Shongwe said he has boasted that the king trusts him “to deal with those who tarnish the country’s reputation” – an apparent reference to critical voices.

Mswati also awarded him the Order of Merit last year.

Shongwe sits on an ad hoc committee that advises the king on the appointment of the chief justice and the judges of the superior courts. At a recent thanksgiving service staged by Ramodibedi, Shongwe said that while he is minister the chief justice will not be removed and judges who prove difficult will be dealt with.

A Swazi human rights activist noted that Shongwe and Ramodibedi were seen on camera together during the Makhubu hearing. “The chief justice seems to have the executive’s support,” he remarked. Shongwe was phoned for comment, but could not speak because he was “in a meeting”.

Mpendulo Simelane
Since Ramodibedi’s appointment, the Makhubu trial judge, Mpendulo Simelane, has been promoted twice – from deputy high court registrar to registrar and, in February this year, to high court judge. The promotion was also said to violate the constitutional requirement that judges must have served 10 years as attorneys. The Law Society of Swaziland is challenging his appointment.

Ramodibedi is said to have suborned the supposedly independent registrars of both the supreme court and the high court. A legal commentator said judges hear of decisions after he has discussed cases of particular interest with the registrars: “The chain of command has been subverted,” the source said.

In the Masuku process, Simelane allegedly signed an affidavit Ramodibedi gave him without reading it. “When Masuku’s lawyers filed an application asking Simelane to answer the allegations in the affidavit, he couldn’t do it,” said a legal source. Observers said Ramodibedi is particularly careful to appoint pro-executive judges to hear cases involving dissidents, and that Simelane was hand-picked to try Makhubu.

Despite also being criticised in the Nation, Simelane refused to recuse himself from the Makhubu trial, without giving reasons. During the trial itself he was accused of bias, including a failure to take notes during defence testimony.

When another judge released Makhubu and Maseko on the grounds that the chief justice had no power to issue arrest warrants, Simelane issued new warrants.

As a registrar, he was embroiled in a similar controversy. Presented with an urgent high court application by an opposition activist for an interdict preventing the police from blocking his participation in a protest, Simelane delayed the matter and finally ruled that it needed to be refiled. The duty judge, the independent-minded Qinisile Mabuza, never got to hear the application.

Sources said Ramodibedi takes care to steer sensitive cases away from Mabuza. She was to hear the law society’s challenge to Simelane’s appointment, but the case was shifted to another judicial officer.

When the M&G contacted Simelane, he said: “I’m sorry, I don’t talk to the press”, and hung up.

Is the tide turning?
Senior judges approached Mswati last month to voice their alarm about the mounting disarray in the judiciary. Ramodibedi and Shongwe then allegedly sought an audience with the king, which was refused. That might suggest Ramodibedi’s star is waning, but other sources doubt this, pointing to the back-slapping amity between him and Mswati at the king’s birthday this year.

Ramodibedi recently stepped down as a judge in Lesotho, apparently to sidestep the impeachment process. He is said to have applied for land in Swaziland, suggesting that he is now entirely invested in the kingdom.

“The taming of the judiciary is coming from the top,” said one journalist. “Mswati doesn’t care about the international outcry. He admires Robert Mugabe and his stubborn resistance to outside pressure.”

*This article is written under a pseudonym because of potential reprisals against the author.

South Africa is ready for a woman chief justice