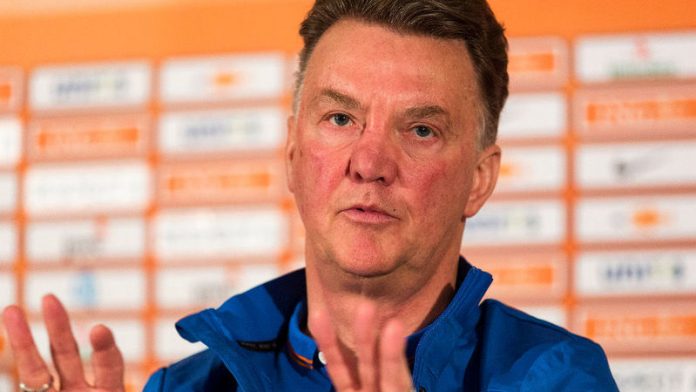 In Louis van Gaal, Manchester United have found a manager who will respect their traditions, but who will also be determined to leave his own imprint on the club.

As presidents and prime ministers are often a reaction to the figures that go before them, so it is with football managers, and Van Gaal is in many ways the antithesis of his hapless predecessor, David Moyes.

Where Moyes offered only pluck and the promise of hard work, Van Gaal is vastly experienced and boasts league winner’s medals from the Netherlands, Spain and Germany, as well as a host of other honours. The 62-year-old Dutchman also speaks with a frankness verging on bluntness that will be completely at odds with the meek and apologetic media sorties that came to characterise Moyes’s time at Old Trafford.

“Bravo, you’ve signed the best coach in the world,” is what van Gaal is reported to have said after being promoted to head coach at Ajax in 1991, after several years in the shadows working as an assistant to Leo Beenhakker. Arriving at Barcelona after a spell at Ajax in which he notably led the club to Champions League glory in 1995, he declared: “I’ve won more with Ajax in six years than Barca have in a century.”

Where his experience chimes most resonantly with United’s needs is his track record as a developer of young players. Both of United’s greatest coaches, Matt Busby and Alex Ferguson, built their successes on a core of home-grown players and Van Gaal has shown similar fearlessness when it comes to promoting nascent talent.

His time at Ajax coincided with the emergence of an extraordinary generation of Dutch players including Edgar Davids, Patrick Kluivert, the De Boer brothers, Frank and Robert, and Clarence Seedorf. At Barcelona he helped to launch modern Spanish greats Xavi and Andres Iniesta, while David Alaba and Thomas Muller took their first steps as professionals under his tutelage at Bayern Munich.

‘Relationships coach’
“I was a PE teacher. I’ve always liked working with youngsters,” explains Van Gaal, who has described himself as “a relationships coach”. He has also played a pivotal role in the development of the world’s two pre-eminent coaches, having mentored a young Jose Mourinho at Barcelona, where he installed Pep Guardiola as his captain.

United’s fans will appreciate Van Gaal’s commitment to attacking football, although his attachment to the 4-3-3 formation may cause unease in a changing room with only fleeting experience of the system. While not wholly inflexible on a tactical level, Van Gaal told Voetbal International in 2010: “I always look for players capable of adapting to my 4-3-3.

“It’s for the player to adapt to my system, and not the other way round.” As a renowned disciplinarian, Van Gaal will also be expected to deliver a jolt to a group of players who never fully submitted to the authority of Moyes. Rivaldo, Franck Ribery, Wesley Sneijder, Luca Toni and Gerard Pique are among a legion of players who can testify to both the sharpness of his tongue and the folly of crossing him.

“Putting star players on the bench or criticising them publicly is a way for him to affirm his authority,” says Kluivert, who currently works alongside Van Gaal as an assistant coach with the Dutch national team. “For him, in short, names don’t matter. Only talent and form are important.”

Young midfielder at Ajax
The tale goes that when Pique was 14, his grandfather, a Barcelona director, invited him to lunch with Van Gaal. Without warning, Van Gaal pushed him to the ground, before bellowing: “You’re too weak to be a Barcelona defender!” Pique proved Van Gaal wrong, but the experience stayed with him.

As a young midfielder at Ajax in the early 1970s, Amsterdam-born Van Gaal watched the development of future superstars such as Johan Cruyff and Johan Neeskens at close quarters. He never made the grade at Ajax and his playing career was unremarkable, but as a coach he is a man who even superstars have learnt to fear. – AFP