Scam victims behind bars in Dubai 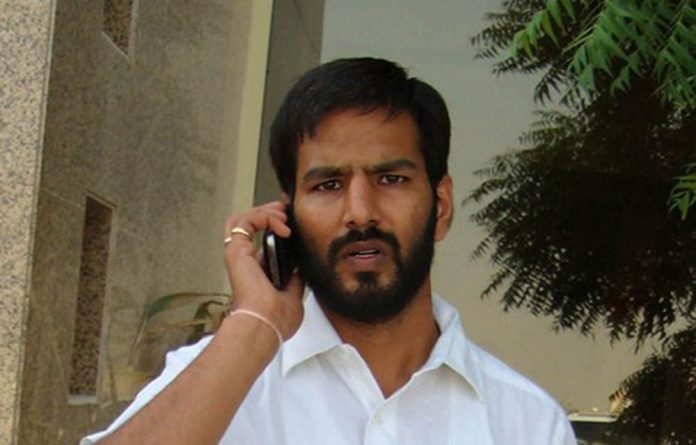 Two South African businesspeople tricked into signing acknowledgements of debt by an alleged fraudster have been sentenced to three years behind bars and face the prospect of spending the rest of their lives in Dubai.

Indian national Amit Lamba, who is responsible for the incarceration of the South Africans, told amaBhungane that the men will “remain in jail till the payment of the amount or a settlement”.

The two were imprisoned last month after Lamba reported them for failing to pay money they allegedly owed him.

Their families in South Africa have been told that the court also granted Lamba’s application for a travel ban against them – meaning that after their release, they will not able to leave Dubai if their debts remain unpaid.

Their families say they cannot pay.

Lamba met the men in early 2012 after he was invited to South Africa by Free State-based flower export co-operative Ora Floriculture. Ora chairperson Ali Mokoena said the trade and industry department had advised him that Lamba was a legitimate businessperson.

Lamba then invited them to Dubai, promising that he would invest millions in their community-based projects.

Caught in a lie?
According to affidavits, he asked the men on their arrival to pay various costs, including those of establishing a jointly owned company so that he could transfer money into their accounts.

Tsolo and Khambule signed acknowledgements of debt in Arabic, which they say they were led to believe were shareholders’ agreements.

Responding to email questions sent to him in Haryana, north India, Lamba said Tsolo also owes him money for 56 days of accommodation in Dubai.

However, Tsolo’s wife, Mapitso, provided amaBhungane with bank records and hotel email correspondence confirming that the family had paid for his accommodation.

Asked to provide proof of payments to Tsolo and Khambule, Lamba did not respond.

Mapitso Tsolo said Lamba had also sent her text messages saying that he knew a Dubai-based advocate who could organise bail for both men if each family deposited R25 000 into his account.

Khambule’s brother, Makgolela, said both families were struggling emotionally and financially, as the South Africans are breadwinners.

“They call once in a while and we live for the phone calls. We can’t afford to go and see them. It’s heart-breaking,” he said.

A widespread scam
Radha Stirling, who heads the United Kingdom-based organisation Detained in Dubai, dedicated to helping foreigners in United Arab Emirates jails, said the South Africans seem to have fallen prey to a scam that is widespread in Dubai.

She said many locals use loopholes in the UAE justice system to trick foreign would-be investors.

“This looks to be clearly a case where the South African nationals have been deliberately defrauded. One would have hoped that the judge would deduce from the circumstances that no debt is owed to the plaintiff,” said Stirling.

She said it was inconceivable that the UAE was not aware of the failings of its judicial system. “As far as I am aware, a blind eye is being turned and no serious steps are being taken to improve the system.”

The UAE ambassador in South Africa, Al Habsi, refused to comment, saying he only became aware of the case through the media.

Trade and industry spokesperson Sidwell Medupe said the department gave Lamba’s company, Rahi Developers, the thumbs-up after a “basic reference check was done, among others, to verify whether Lamba was indeed conducting business from the Ajman Free Zone. This was confirmed by authorities.”

However, Medupe said the department had become concerned and issued a warning after Lamba wanted to apply for a business permit but never completed the process.

The pushy tout’s guide to Marrakech

​Gumede to take ‘enforced’ leave of absence but maintains her innocence