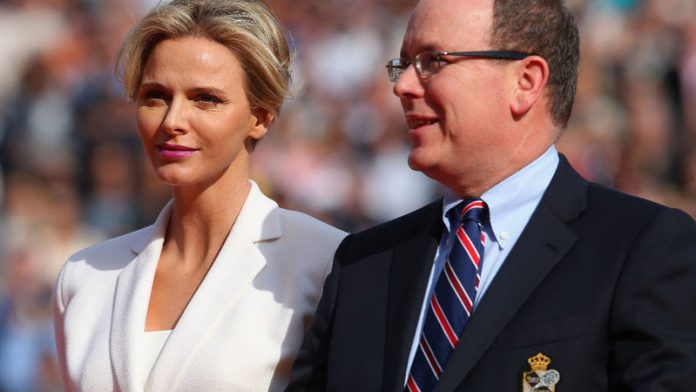 Monaco’s royal palace has announced that Princess Charlene, the South African-born wife of Prince Albert II, is expecting the couple’s first child at the end of the year.

The palace statement expressed the royal couple’s “immense joy” at the “happy event”. On 21 May, the princess was said to be “fatigued” during a visit to the French region of Cantal, prompting a local newspaper to report that she was ill. But the palace denied then that she was sick.

The news may end speculation about the 36-year-old former Olympic swimming champion’s difficulties in adjusting to life in the principality.

The princess was described as a runaway bride in the French press, which reported that she had tried to return to South Africa three times before her wedding in 2011 to Prince Albert. The couple were said to have been rowing at a time when it was revealed he had fathered at least two illegitimate children.

She was alleged to have taken refuge in her country’s embassy in Paris in a first alleged attempt to flee. But she denied the reports and later said that the tears streaming down her cheeks during the wedding ceremony were tears of happiness.

Since the marriage, Charlene has taken an active role in charity work and has set up a foundation devoted to water safety. She received an award as “champion of children” from actress Reese Witherspoon at a ceremony in Beverly Hills at the end of last month, in recognition of her work.

Sting in the fairy tale