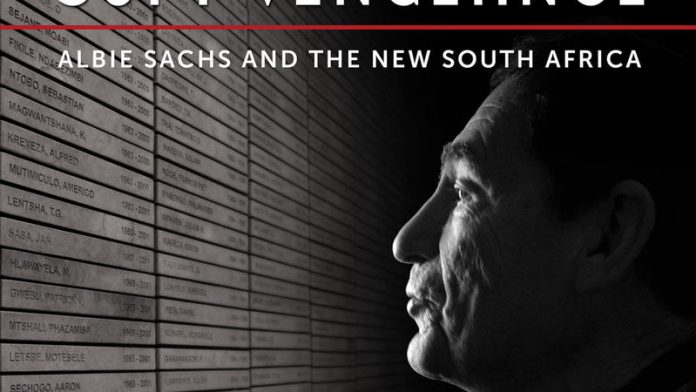 Documentary film-making has changed in the past 20 or even 16 years. No longer passive the documentary form, with the availability of digital cameras and technology, has expanded into a much richer medium delivering more philosophically, stylistically and relevancy than fiction films currently do.

In this age of global inter-connectedness and globalisation, it is the documentary, this access to the real, which speaks more to the human condition than the vast majority of filmed entertainment that populate our screens.

Documentary has long since ceased to be feature film’s irritating cousin, but has grown into a wiser, more nuanced, and often more provocative and affecting art form, as this year’s 16th Encounters Festival programme proves.

The festival will feature Rehad Desai’s very necessary  Miners Shot Down, a documentation of the events leading up to the Marikana massacre that includes a chilling interview with Deputy President Cyril Ramaphosa.

There is also National Diploma from the Democratic Republic of the Congo, which is a cinema verité tribute to the perseverance of group of students, who are expelled after failing to pay their teachers unofficial bonuses, to attain their diploma – their only means of escaping for the grinding cycle of poverty.

Added to the line-up is Annalet Steenkamp’s cutting yet affectionate I, Afrikaaner captures, over the course of nine years, four generations of her family and their struggles to locate their identity in the rapidly changing South African landscape. The Great Night from Czech film-maker Petr Hátle is a lyrical journey into the dreams and disappointments that populate the underworld of Prague’s nightlife. The Iranian Film from Morroco is about a film student determined to evoke the Iranian master’s in his graduate film who travels to the remote villages outside of Marrakech to shoot, and is baffled by the lack of passion for the films he so reveres.

Fiercely pertinent Unearthed, a South African film examining the effects of fracking in the United States, provides insight into the dangers of shale gas mining in the Karoo. Crumbs expertly tells the story of Imraahn Mukaddan’s ongoing fight, and his class action suit against the bread cartels in the Western Cape.

The Known Unknown from master documentarian Errol Morris is a one-on-one inquest of the life, career and philosophy ?of ex-US secretary of defence Donald Rumsfeld, which results in an examination of modern history in this global age characterised by the violence resultant from capitalism’s myth of sustained growth.

Talking to one of the festival programmers (there is a collective of programmer’s for this year’s Encounters, rather than one director), filmmaker Jenna Bass on the veridicality of documentary film in the digital age said, “more than digital technology resulting in more personal narratives, it’s probable that more films on niche subject matter have been made possible”.

Talking specifically about the South African selection, she went on to say, “It seems to me there’s been an even greater increase in documentaries focusing on our political past rather than our political present, though of course the two are related.

“Filmmakers, just like many other South African citizens, are looking around at the complex problems of our country, trying to make sense of them. Some of these films take the stance of looking behind us before we can move forward, such as 1994: The Bloody Miracle, Behind The Lens or The Vula Connection, while for others the present is of ultimate urgency. Other films seamlessly blend the two in a way which reflects the South African conundrum.”

Many of the films from countries on the continent reflect a resistance to the standard Western narratives of Africa, of this Bass said, “I may be relatively new to the field but it seems to me that African documentary filmmakers are embracing their authorial voice, creating unique pieces on the subjects of their choosing, rather than be constrained by the standard template of film-making usually adopted when Africa is portrayed in more didactic or ethnographic works – even those previously made by fellow Africans.”

Other films to look out for are: Spring Queen, Finding Fela, The Perverts Guide To Ideology, Stories We Tell, and The Pirate Bay: Away From The Keyboard, whose director, Anne Köhncke, will host an enlightening master class based on her extensive experience in creative producing for documentary.

Also of great interest is the My Hood short film series, part of Close Encounters, the development arm of the Encounters, and supported by the National Lottery Fund, which provided filmmakers with an opportunity to turn their lens onto a reality that is part of their daily life. My Hood includes a new short from Riaan Hendricks whose excellent The Devil’s Lair opened last year’s Encounters.

The 16th Encounters South African International Documentary Festival runs until June 15 2014 in Cape Town at The Labia and the V&A NuMetro and in Johannesburg at The Bioscope in Maboneng. For more information go to www.encounters.co.za.

Powerfully unpacking of conditions that led to June 16

Encounters film festival: What to watch

Is surgical circumcision the key to halting initiation deaths?