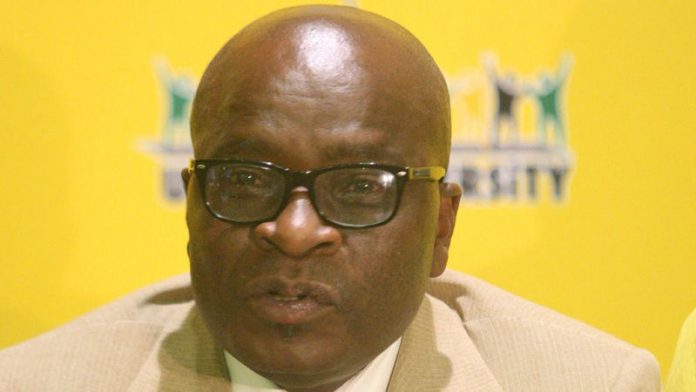 “We don’t have time … we can’t prolong the negotiations beyond a certain point,” he told reporters in Pretoria following his decision to pull out of the talks.

“Perhaps pulling back will exercise the minds … of the negotiators themselves. So I’m putting pressure on them, definitely, so that they begin to realise I’ve got better things to do as well.”

The minister set up an intergovernmental task team two weeks ago to help platinum producers and the Association of Mineworkers and Construction Union (Amcu) resolve the almost five-month-old impasse.

On Monday, Anglo American Platinum, Impala Platinum, and Lonmin announced the task team’s withdrawal from the talks and thanked Ramatlhodi for his intervention. Ramatlhodi on Tuesday denied he was abandoning the talks.

“The simple reason behind this is that I strongly believe we have done enough work over the past two weeks … for the parties to take the process forward and continue engaging on their own. There is an incorrect perception that I have abandoned the talks.” He said his role and that of the task team was to create an environment conducive for the parties involved in the talks following a breakdown in negotiations.”

No agreement reached
Amcu members downed tools on January 23 demanding a basic monthly salary of R12 500. They have so far rejected the companies’ offer that would bring their cash remuneration to R12 500 by July 2017.

On Saturday, Ramatlhodi said he would pull out of the talks if no agreement was reached by Monday. Amplats, Lonmin, and Implats said they would look at other options.

So far, the industry has lost R21.8-billion in earnings, while employees have forfeited wages of around R9.7-billion, according to a website set up by the companies.

On Tuesday, Ramatlhodi said it was not his intention to replace forums or institutions dealing with disputes. However, he had to intervene because of the impact the strike was having on the industry and the economy. He claimed discussions between Amcu and mining companies were robust and frank and all parties continued to negotiate in good faith.

Ramatlhodi denied speculation that he was forced to pull out from the talks by the ANC’s national executive committee.

“We have a team and that team works as a collective … I was not forced. I do not think going on for much longer would assist.” The team he spoke about comprised of the ministers of labour and police, treasury, and some ANC officials.

Wasp’s deputy general secretary Liv Shange, who is a Swedish national, has been advising Amcu during the negotiations.

Ramatlhodi on Tuesday would not be drawn on Mantashe’s comments.

“There are [Swedish] nationals who have been giving Amcu technical advice,” he said. “I think that’s a matter you should ask the secretary general. He made the statement, I didn’t. The only people participating in this matter is the [Swedish] national.” – Sapa