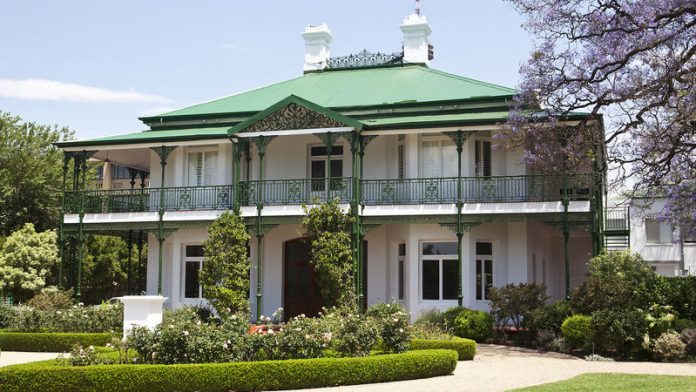 Designers and clients powering projects are citing cost efficiencies, greater yields and more modern thinking as the drivers behind the changes to the city’s skyline. However, when is it the right choice to keep a grand old dame of a building and give her a facelift instead?

John Croud, director at Gordon Verhoef & Krause Painting and Restoration, says that his firm has seen a greater trend towards refurbishing and remodeling buildings amid the recent economic climate. He attributes this to two main factors.

First, he has seen a move towards cost-cutting. Budget constraints mean that companies are less willing to commit large-scale funding to new properties and buildings, and more willing to invest in upgrading their existing property assets.

“I have also noticed an increased drive for companies and individuals to be more responsible and ‘earth-conscious’,” he says. “Many are recycling existing buildings and installing energy efficient and water efficient infrastructure in existing buildings.”

Enter the industry jargon of “embodied energy”, the sum of all the energy required to produce something. When it comes to buildings, for instance, calculating the overall cost of demolition and replacement takes into account the production process that went into creating the old structure, as well as the costs of building a replacement.

The notion of embodied energy means that it is not always more energy efficient to build a new structure on a site, because once everything is taken into account it may be more responsible to facelift and adapt the existing structure.

Offsets are possible where demolition waste can be recycled into building materials, but then the energy costs of, literally, transporting a whole building to and from the construction site add up. The decision to demolish and start anew, or to refurbish into fresh fabulousness is not as simple as it seems, says Croad.

“First, you have to establish what you want to achieve in terms of architectural appeal, infrastructure and layout needs,” he says. “If this process reveals that the existing structure simply cannot evolve into the desired result, then it becomes clear that the answer is to demolish and start again from the ground up. However, bear in mind that demolishing an existing building is not a simple or inexpensive task.”

It’s also not simple to determine which is more cost-effective: renovation and refurbishment, or demolition and construction.

“Generally speaking, if the right professionals are used in the design phase as well as in the construction phase, and you don’t over-capitalise on your investment, you can still expect a good return over time,” Croad says. If renovation is the most efficient solution, the next step is to look at the age and condition of the various components that make up the building.

“Every component has a perceived ‘design working life’, which can be dramatically shortened if regular maintenance was not carried out throughout the building’s life,” says Croad. “For instance, as a maximum guideline and generally speaking, a building’s structure has a design lifespan of 100 years, its external skin (excluding coatings) 50 years, its mechanical systems 20 years, electrical systems 10 to 15 years, and IT infrastructure as little as one to three years.

For instance, the value of electrical, heating, ventilation and air-conditioning can make up as much as 60% of the building’s replacement value, while the core and shell only constitute 30% to 40%.

“Only once a full assessment of all the main components and costs has been made, including a full understanding of what it will cost to upgrade or replace those components, can one fully consider the viability of renovating an existing building or demolishing an old one and starting anew.”

Refurbishing an existing building to increase its energy efficiency — if that is the key driver for a project — should start with heating/cooling, lighting and ventilation (and not simply aesthetics), as these are responsible for 46%, 23% and 11% of carbon emissions, according to a recent report in The Guardian.

Sometimes, the solution is to make sure that all the systems in a building are aligned and not in conflict with one another/and that employees are not creating conflict between the systems by arguing over aircon settings.

Other interventions including cladding on either (or both) interior or exterior walls, with lightweight construction materials — many of which offer acoustic and thermal insulation benefits — to adapt spaces without having to change structural factors like the foundations of the building.

There is also legislation to consider: apart from regulations governing the energy efficiency of new and renovated buildings, there is substantial legislation governing any structural alterations to buildings that are considered to be a part of a city’s heritage.

“Heritage and the protection thereof is something that is often unfortunately placed last behind such things as cost, modernisation, efficiency and scale,” says Croad. “It is vitally important to protect our heritage and maintain South Africa’s historical assets.”

Hayleigh Evans, brand and cultural manager at Propertuity, the company behind much of the rejuvenation of the Maboneng precinct in Johannesburg, adds that, structurally, older buildings (particularly those built in the 1970s) have been built to last, and have great artisanal finishes that add to their real and perceived value.

“It’s [also] important that logistics are taken into account,” says Croad. “If the building will be occupied while it is being refurbished, the contractor is likely to adopt a phased approach, which will take longer and in turn cost more. This would also be true for instances where noise levels have to be kept to a minimum during the project — such as in laboratories, hospitals and customer-facing environments.”

There’s also the impact on employee sentiment and productivity to consider — maintaining productivity when staff feel they are working in a building site does not do much for morale, however enticing the final result may be.

Maboneng in Johannesburg and Woodstock in Cape Town are leading the trend of urban regeneration through the refurbishing and repurposing of existing buildings, but inner city developments are becoming more prevalent in areas that were previously abandoned. This is in line with a growing trend towards the conversion of industrial buildings, as well as a growth in the popularity of urban living, says Evans.

Croad adds that many residential buildings in South Africa’s inner cities have been neglected through years of low-cost rentals and illegal occupation.

“The required ongoing maintenance to these buildings is often left unattended until the components, infrastructure and general condition of the building leave it uninhabitable — or even condemned — because the costs of repairs are too great,” says Croad.

“This, I believe, is where smart investors have the opportunity to revitalise South Africa’s cities, by turning them back into exciting urban communities. The developers and privately owned consortiums that are adapting existing buildings into low-cost or student accommodation are making inroads into this, and are a great example for others who are seeking ideas on how to enter this sector of the market,” he adds.

This feature has been made possible by the Mail & Guardian’s advertisers. Contents and photographs were sourced independently by the M&G’s supplements editorial team.

Property trends pre-Covid and beyond: What’s going on?

The end of the office as we know it?

Rent or buy: The debate rages on

The mystery of the many shopping centres, explained

Designing productive spaces in your workplace

Turning brutalism and blobitecture into architecture