Greenpop plants the trees back in Southern Africa 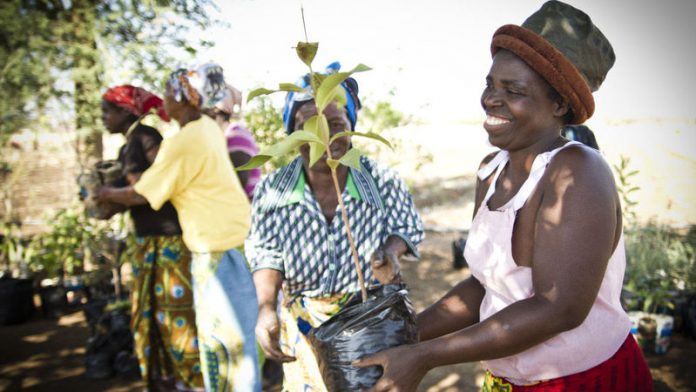 For the next three weeks, the town of Livingstone on the Zambian side of Victoria Falls, will come alive with a bustling phalanx of local and international volunteers at Greenpop’s annual Trees for Zambia Festival of Action, which kicked off on June 15.

Volunteers will plant 5 000 trees during the event, which will also hold workshops, lectures, film screenings on environmental topics, implementation of alternative energy solutions in the host community, and a two-day music festival dubbed “Earth Fest Africa”.

This is the third time Greenpop has run the event. The group describes itself as a social business run by environmental activists, and all of their email correspondence ends with the ostensibly Chinese, yet more likely apocryphal, proverb: “The best time to plant a tree was 20 years ago. The next best time is now”.

But a more cynical version of this expression might suggest that the best time to plant a tree was actually yesterday, which is particularly true in Southern Africa. The rainforests of the Congo basin and the Amazon tend to grab the headlines where deforestation is concerned, but the Southern African Development Community has claimed that, since 1990, the region has experienced the highest rate of deforestation on the continent. More than half of Africa’s biomass carbon losses from deforestation occur in this region, and Zambia is losing around 300 000 hectares of indigenous forest a year.

The United Nations Environment Programme has starkly warned that “to make up for the world’s loss of trees in the past decade, we need to plant about 14-billion trees every year for 10 years in a row”. These numbers make for dire reading, and in a world of melting glaciers, shrinking forests and the looming threat of an el niño this year, anxiety and apathy seem natural reactions.

Enter Greenpop. In just three and a half years, it has created some impressive figures of its own, which make for rather more encouraging reading. This social business has facilitated the planting of more than 40 000 trees in 286 locations around Southern Africa, from Khayelitsha to Livingstone, benefitting – according to its latest numbers – 121 624 people.

Crucial to Greenpop’s success has been its army of volunteers. About 3 478 people have signed up to give their time for a good cause under Greenpop’s banner. Over the next few weeks, several more will be added to that number during the third installment of the Trees for Zambia Festival of Action.

This year, Greenpop and its volunteers will plant indigenous and fruit trees at 12 schools, a hospital, prison, police station, two churches, three community farms, a biogas digester site, and Victoria Falls. In addition, the community will create permaculture gardens, food forests, eco-brick benches and rocket stoves, which are extremely efficient and thus use less charcoal – the production of which has decimated local forests.

“We have a massive project over in Livingstone, so I’ve been here countless times in the last three years, in the process of setting that up,” explained Jeremy Loops, the Cape Town-based musician and environmental activist who was one of Greenpop’s founders.

On June 27 and 28, there will be a brief pause in the tree-planting as Livingstone hosts Grassy Spark, Chikenbus Band, Yes Rasta, DJ Claudous, and Loops among other acts during Earth Fest. The combination of environmental action and the jol of a live music event has been central to many of Greenpop’s successes.

“Environmentalism is not a fad or something that people should debate whether or not to be involved in. It’s the only way forward really,” insists Loops.

“But the problem is that young people want things that are part of pop culture and popular, and I think environmentalists maybe in the past haven’t always got that right. I see that as one of my unique propositions in this whole thing. I dig music; it’s where my base and my heart’s at. I know that I can motivate a lot of people, and if we can rope them all together and connect really fun times with really good stuff for the world as well, that’s a really cool thing … I’m very passionate about Greenpop. We’re saving the planet, one tree at a time. That’s our goal.”

Tickets for Earth Fest will cost $30 / Kr210 for a full weekend pass, $20 for the Saturday night only, and $5.00 to camp at the Greenpop village. Additionally, Zambian passport holders can get discounted tickets for $10.00 / Kr70 per day. Email [email protected] for group discounts and other information.

The first 15 people to purchase tickets online will receive a prize from Greenpop, which could either be a free bungee jump or gorge swing from Victoria Falls Bungee, or a free lion encounter from ALERT!

Book tickets via Webtickets, or purchase at the following vendors:

Think-tank institutes, politicians and Big Business conspired to discredit researchers and the science of the climate crisis
Read more
Environment

Desmond D’Sa, winner of the coveted Goldman Environmental Prize in 2014, tells Paddy Harper how being forcibly removed from his home at the age of 10 taught him to fight for his rights
Read more
Friday

This conversation between Mpho Matsipa and Mamadou Jean-Charles Tall, focusing on bio-climatic architecture in Senegal, is part of the larger African Mobilities project
Read more
Opinion

As the globe moves towards greener energy practices, more women must be included in this new growth sector, for the benefit of all
Read more
Coronavirus

We just have to ask ourselves if we are as willing to sacrifice to save our grandchildren as we have shown ourselves to be when it came to trying to save older people, the sick and the poor from Covid-19
Read more
Environment

The state is facing a court battle about big industry’s emissions and their link to poor health. This is a public health concern and the government must take action to save lives
Read more
Advertising
Continue to the category
Politics