Motshekga: ‘We can’t be perfect’ 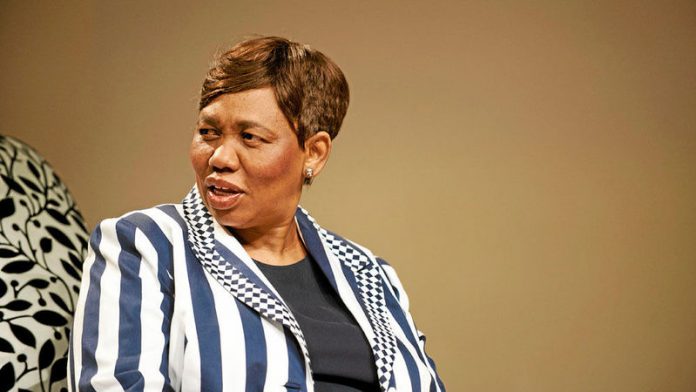 Failing to provide all textbooks to every single pupil is not a violation of their rights, Basic Education Minister Angie Motshekga says in papers filed at the Constitutional Court. Doing so would amount to a level of “perfection” that Motshekga says she does not need to achieve.

She and her department are asking the court to dismiss the ruling that Judge Neil Tuchten handed down on May 5 in the latest Limpopo textbook case.

In her application, Motshekga disagrees with Tuchten’s judgment that, if the government fails to deliver one textbook to one pupil, this constitutes a failure to realise the right to basic education for that pupil.

But “in respect of the provision of socioeconomic rights – basic education being one of such rights – perfection is not the standard required from the applicants”, the appeal argues.

At the end of April, nongovernmental organisation Basic Education for All (Befa) and 18 schools, represented by Section27, launched legal action against the department.

Tuchten ruled that this delay was a violation of the affected pupils’ rights. “If there is one learner who is not timeously provided with her textbooks, her right has been infringed,” he said. He also ordered the department to report to the applicants on the submissions it will make to the fiscal authorities for the funds it will need for next year’s textbooks.

But the minister and her department now argue that the Constitutional Court has already “rejected … the notion that social and economic rights contain a minimum core that the state is obliged to furnish”.

Their appeal here cites a prior judgment involving the City of Johannesburg’s provision of water to residents.

School hours
And anyway, the department says in its papers, government policy “does not stipulate that each and every textbook has to be delivered to each and every learner, but only provides for access to … textbooks during and after school hours”.

Tuchten’s contrary ruling on this point referred to Judge Jody Kollapen’s finding in the original court action, which Section27 launched in 2012 during the Limpopo textbooks crisis.

In that case, Tuchten said, Kollapen “found that the provision of textbooks was indeed a component of basic education”.

“The dictum of Kollapen … is binding on me unless I find it is clearly wrong … I think, with respect, that the learned judge was right.”

Motshekga’s appeal does not actually mention Kollapen’s prior judgment, but argues that the true test of whether the government had provided basic education to pupils was whether it had taken reasonable measures to realise this right. The department’s actions to remedy shortages this year amounted to “much more than reasonable measures”, it submits.

Balanced out
By the time the department was taken to court this year, only about 2% of textbooks still had to be delivered, the appeal says. Any adverse effects the shortage had on pupils would be balanced out by “tuition given by teachers”, photocopies “of the relevant portions from the textbooks”, notes written on the blackboard, workbooks and pupils sharing textbooks.

Tuchten’s judgment said such measures are inadequate: “An inattentive pupil may miss entirely what the teacher is saying, with no way of retrieving the information being imparted. Notes prepared by teachers will vary in quality from one individual to another.

“The absence of textbooks places an additional workload on the teacher. And there is evidence before me that in some schools in Limpopo there are no copying facilities.”

Regarding Tuchten’s ruling that the department must report back on its funding plan for 2015’s textbooks, the appeal says “this has to be dealt with in terms of the relevant provisions of the Promotion of Access to Information Act”. It also argues that Basic Education for All can only resort to this Act after having exhausted an “internal appeal procedure”.

Departmental spokesperson Elijah Mhlanga told the Mail & Guardian that it had “no further comment” on the matter.

Nikki Stein, an attorney at Section27, and Befa declined to comment.