Proteas can learn a lot from crabs 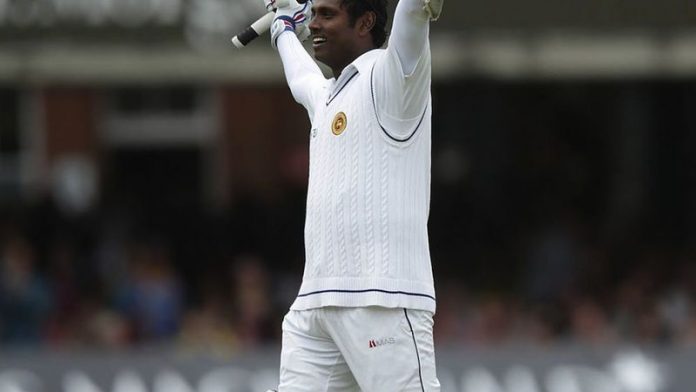 There is a popular restaurant in downtown Colombo called the Ministry of Crab, which prides itself on serving only the freshest of the ocean’s produce. As the name suggests, the crustacean is the house speciality and comes in 10 sizes culminating in a “Crabzilla”, which weighs more than 2kg and is larger than the platter it arrives on.

South Africa’s cricketers will have ample opportunity to experience the difficulties and delights of tackling a crab (beginners often feel the need for a shower afterwards) during a monthlong tour in Sri Lanka, starting next week – but may feel less inclined to do so if they have suffered on the field at the hands of the restaurant’s owners: Mahela Jayawardene and Kumar Sangakkara.

The fabled duo, surely, are the most intriguing of all the subplots on a tour of just two Test matches and three one-day internationals. Both have played a decade and a half of international cricket, although both retired from the T20 format following Sri Lanka’s emotional World Cup win in Bangladesh four months ago.

Being the best man at each other’s weddings and business partners is one thing, but their career paths have taken an almost eerily similar route, to the extent that they will start the first Test against the Proteas in Galle on July 20 with exactly the same number of runs – 11 493 – although Sangakkara’s have come in fewer matches and at a higher average (124 and 58.6, compared to Jayawardene’s 145 and 50.2).

The last time the Proteas visited the island, in 2006, was also the last time they lost a series on foreign soil. In the first Test of that series, at the Sinhalese Sports Club in Colombo, the pair added a world-record 624 – the highest partnership for any wicket. Their desire to play, and to win, remains as high as ever and, as historians of the game, they have made no secret of their desire to end the Proteas’ current run of 14 unbeaten away series.

Batsmen don’t usually win Test matches, of course; bowlers do. And, in Galle, it is invariably spin bowlers who do the damage. A staggering 111 of the great Mutthiah Muralitheran’s 800 Test wickets were taken at the historic and picturesque ground in the shadow of a 1 000-year-old colonial fort.

Pitch will assist spinners
The pitch will once again assist spinners from day one and, among several tricky choices between bold and conservative, the Proteas will need to decide whether or not to hand a debut to Cobras off-spinner Dane Piedt.

Imran Tahir is the squad’s senior spinner, but has been dropped three times in a career spanning just 13 Tests, and his return of 36 wickets at a cost of 43 runs each will not cause anxiety among the hosts. The truth is, subcontinental batsmen can read his variations with ease, which is not the case with English and South African domestic players, against whom he has taken the vast majority of his 600+ first-class wickets.

Muralitheran’s successor could not be more different. Rangana Herath is a portly left-arm finger spinner, the antithesis of a classic hero. But the 36-year-old has 225 Test wickets and is undoubtedly the cleverest spinner in the game at the moment.

Another man with a chance to press his claim for a debut in the days leading up to the Galle Test is Cobras left-hander Stiaan van Zyl. Initially selected as the “spare” batsman in the squad, he could well challenge Quinton de Kock for the seventh batting slot or even Dean Elgar as Alviro Petersen’s opening partner.

The Test matches are preceded by the ODI series in which Sri Lanka’s two legends can expect to share the spotlight with another all-time great, Proteas all-rounder Jacques Kallis.

Much of the initial interest will revolve around how the 38-year-old is used. The presence of Ryan McLaren, Wayne Parnell and Vernon Philander in the squad would make it possible for Kallis to share the fifth bowling slot with another all-rounder, although coach Russell Domingo has stated clearly that the veteran “needs to be a frontline all-rounder” if he is to make it to next year’s World Cup.

Although Kallis has stepped away from the game’s greatest stage, Hashim Amla will experience its brightest glare when he takes charge of the Test team for the first time. Shaun Pollock, too, made his captaincy debut in Sri Lanka and it was one not to be forgotten, with Sanath Jayasuriya smashing 96 not out before lunch on the first day as his opposite number watched the game rapidly spiral out of control.

Both forms of the game can appear to be meandering in a state of attrition on slow, awkward Sri Lanka pitches but events can also move alarmingly quickly. New skills need to be acquired, and rapidly. One squeeze in the wrong place, or one wrong choice of weapon, and the crab juice can hit you square between the eyes. And it stains.