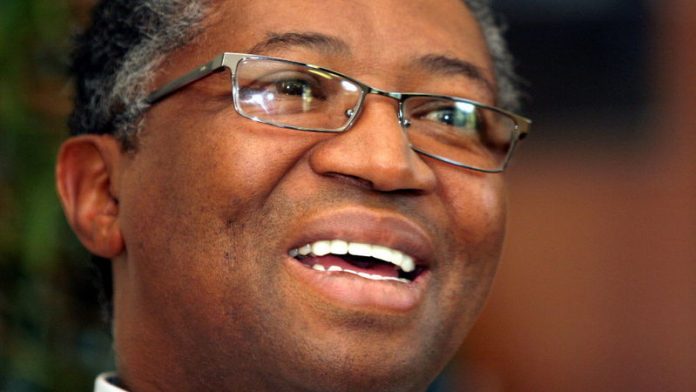 Professor Hayman Russel Botman died in his sleep at his home in Stellenbosch on Friday night, according to Stellenbosch University, which along with many prominent South Africans paid tribute on Saturday to its rector and vice-chancellor for his visionary leadership.

“Over the past few years, Stellenbosch University benefited from his visionary leadership, which portrayed his philosophy that SU’s excellent research and teaching should make a difference in society,” said university council chairperson George Steyn.

“He often asked me whether Stellenbosch University was doing enough to ensure that one day his and my grandchildren would be able to study here in Afrikaans,” he said.

Steyn described Botman as a lovely and beloved person.

“I have great respect for his integrity and his leadership, among others for the manner in which he brought the then faculty of theology at the University of the Western Cape over to Stellenbosch University,” he said.

Botman was scheduled to receive an honorary doctorate from the University of Aberdeen in Scotland in July, Steyn said.

“At the time of his death, he was also a serving director of Higher Education South Africa, senior vice-president of the Association of African Universities, chairman of the World Design Capital Cape Town 2014 Board and a director of Media24,” Steyn said.

“On behalf of government and all our people, we wish to convey our deepest condolences to his family and the whole of the academic community,” Zuma said in a statement.

Zuma said Botman, who became the first black South African rector and vice-chancellor of the university in 2002, was one of the pioneers of transformation in higher education in the country.

“South Africa has lost one of the leading lights of our higher education transformation,” he said.

“Professor Botman displayed courage, patience and determination in seeking solutions to many of his university’s most difficult challenges,” Hesa interim chairperson Max Price said in a statement.

Botman, who served on the board of Hesa and was on the executive committee for four years, had “left his mark on the national higher education landscape”, said Price.

“Professor Botman challenged those around him with a particular commitment to increasing universities’ access to communities previously excluded from higher education, to supporting emerging researchers and to promoting the idea that the resources within universities should be harnessed to promote the well-being of communities they serve.

“Under his leadership, Stellenbosch University has grown in stature locally and internationally,” said Price.

Contribution to society
The University of the Witwatersrand praised Botman for his contribution to education and South African society.

“Professor Botman has been an influential and inspiring figure in the higher education landscape, leading one of our top universities through important periods of growth and transition,” it said.

“Professor Botman has of course also played a much wider role on the South African stage, giving far-sighted leadership to our society in transition and playing an important role in addressing social fabric issues.”

Archbishop Thabo Makgoba praised Botman for the special concern he showed for poor and disadvantaged students, creating an enabling environment in which they could succeed.

“Russel’s contribution, especially within the ecumenical movement, will be remembered and hopefully recorded,” he said.

“May this great South African – a husband, a preacher, teacher, an ecumenist and a leader – rest in peace.”

Sorely missed
Democratic Alliance leader Helen Zille said Botman had enriched the lives of many South Africans and would be sorely missed.

“In my encounters with Professor Botman, I was always encouraged to see that South Africa had dedicated men and women committed to seeing our education centres constantly improved and developed.”

AfriForum Youth chairperson Henk Maree said: “Prof Botman dedicated his life to the academics and the promotion of quality tertiary education in the country.”

“He demonstrated that black people can manage complex educational institutions splendidly and we were very proud of him,” Tutu said.

He described Botman as a precocious and courageous young church leader who emerged in the struggle against apartheid to stir up older church leaders.

‘So much more to offer’
The municipality of Stellenbosch added its tribute to the professor.

“Botman had so much more to offer in terms of leadership, a vision for promoting justice, transformation and reconciliation. The world has been left poorer because of his death,” said municipal spokesperson Vernon Bowers.

The municipality would continue to promote Botman’s ideals.

“The university, Stellenbosch, South Africa and the world lost a leader who fought for justice, transformation and reconciliation since his days as a student at the University of the Western Cape,” Bowers said.

All conveyed their condolences to Botman’s family and friends. He is survived by his wife, Beryl, and four children.

Botman’s history
Botman was born in Bloemfontein on October 18 1953.

In 1976, the year of the Soweto uprising, he led his fellow students in human rights protests against apartheid laws.

He was ordained in 1982, he served as minister of religion of the Wynberg congregation of the Dutch Reformed Mission Church from 1982 to 1993.

In 1994, he joined the University of Western Cape as a senior lecturer in practical theology.

Botman was promoted to associate professor and dean of the faculty of religion and theology in 1999.

In 2000, he joined Stellenbosch University as a professor in missiology, ecumenism and public theology.

He became vice-rector for teaching at Stellenbosch University in 2002 and served in that position until his historic appointment as the institution’s first black rector and vice-chancellor in 2007.

He served as president of the South African Council of Churches from 2003 to 2007.

In 2013, he guided the university to the adoption of its new vision 2030, which was to become more inclusive, innovative and future-focused.

In March, he was awarded an honorary doctorate by Hope College in Michigan for leadership in higher education and the Reformed church to promote a more just society for all South Africans.

The SABC reported that Botman was an internationally-known theologian who advised the World Alliance of Reformed Churches in Geneva on several topics. – Sapa