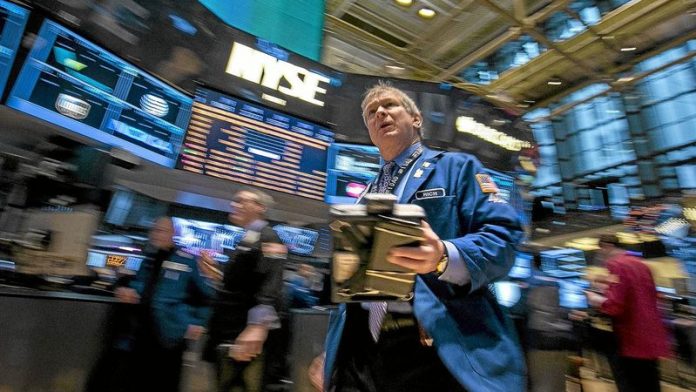 America’s latest jobs figures, China’s official manufacturing barometer and a meeting of the European Central Bank are the big items on this week’s economic calendar. Closer to home, economists and investors will be on the lookout for updates of South Africa’s trade position and inflation snapshots from across the continent. Here is your guide.

Finally, one event that had been expected this week will no longer occur. The Central Bank of Uganda was scheduled to announce their monthly policy decisions on Wednesday, but announced on June 25 that, effective immediately, the bank’s monetary policy committee (MPC) was abandoning monthly meetings in favour of bi-monthly gatherings. The next MPC announcement is now scheduled for August 10.

“The less frequent policy adjustments will further support the planning processes of businesses to the benefit of the economy and better align Uganda’s monetary policy framework with those of other [East African Community] partner states” Governor Emmanuel Tumusiime-Mutebile said in a press statement.

The East African Community’s five member states – Burundi, Kenya, Rwanda, Tanzania and Uganda – have committed to forming a monetary union by 2024. One of the many convergence issues they face will be consolidating monetary policy at a regional level.

Commerce department data showed that the US economy suffered its worst performance in five-years in the first quarter of 2014, contracting at an annualised rate of 2.9%. This was far worse than officials’ previous estimate of a 1% contraction and lower than markets’ expectations.

Economists place blame for the poor performance of the world’s largest economy largely on an exceptionally cold and stormy winter. Many expect growth to have bounced-back significantly in the second quarter.

Thursday’s jobs report may provide more support for their argument. Companies probably added more than 200 000 positions for a fifth consecutive month in June. Consensus is that that the country’s jobless rate held steady at 6.3%, a six-year low.

Thursday will also bring America’s latest trade figures. The country’s trade gap widened by more than expected in April – to $47.2-billion from $44.2-billion in March – but probably narrowed in May. Analysts surveyed by Bloomberg expect this week’s data to show a $45.1-billion gap.

In the run-up to Thursday, markets will be on the lookout for the Institute for Supply Management’s June manufacturing index. Analysts expect a rise further into expansion territory.

US markets will be closed on Friday in observance of the Independence Day holiday.

Europe
The big item on Europe’s calendar this week is the European Central Bank (ECB)’s monthly policy meeting. Compared to the bank’s last meeting – at which officials cut the ECB’s benchmark rate to a record low and introduced a negative deposit rate for the first time in history – this week’s meeting will probably be uneventful.

Consensus is that the ECB’s governing council will leave rates unchanged and refrain from unveiling any new stimulus measures. Nevertheless, President Mario Draghi’s post-meeting press conference will be closely watched on Thursday.

A number of questions will likely probe the central banker’s thoughts on Europe’s extremely low inflation rate. Inflation fell to 0.5% in May. Flash data for June will be released on Thursday morning and is expected to remain largely unchanged. If confirmed, June would mark the ninth straight month of inflation below 1%, the ECB’s danger zone.

In the run-up to Thursday, economists and investors will be on the lookout for a slew of European manufacturing purchasing managers’ index (PMI) readings – including final June readings for the eurozone and UK – and first quarter Russian GDP data on Tuesday.  Attention will shift to the UK’s June construction PMI data and Nationwide house price index readings on Wednesday along with Spain’s latest unemployment figures.

Closing the week out on Friday, Germany will report May factory orders data. Ratings agency Moody’s will release ratings updates for Belgium, Hungary and the Netherlands. Fitch will update on Bulgaria, Sweden and the European Financial Stability Facility and Standard & Poor’s will report on Estonia.

Asia
The China Federation of Logistics and Purchasing (CFLP) will release China’s official manufacturing purchasing managers’ index (PMI) on Tuesday. The CFLP gauge rose to 50.8 in May – its highest reading of the year – and is expected to have climbed further – to 51.0 in June. Any reading above 50 signals expansion.

Tuesday will also bring the final print of the HSBC/Markit China manufacturing PMI. Preliminary results from this private sector survey showed an index reading of 50.8 last week, marking a return to positive territory for the first time in six-months.

Together, the two indices are likely to be interpreted as further evidence that conditions in the world’s number two economy are stabilising after a difficult start to the year. But challenges remain. Although overall activity has picked-up, domestic and overseas demand remains wanting.

Finally on Tuesday, the Bank of Japan will report results from its quarterly Tankan business survey. Analysts expect large manufacturers to be positive in their outlooks for a fifth consecutive quarter, despite April’s consumption-dampening sales tax increase. Firms’ inflation expectations – drawn from the survey – will be released separately on Wednesday.

Elsewhere in the region, trade updates will feature prominently over the coming days. Thailand will release its latest import, export and trade balance figures on Monday. South Korea and Indonesia will follow on Tuesday. Australia will report on Wednesday and Malaysia will close out the week on Friday.

After just three months of lockdown, more than 100 000 workers could lose their jobs
Read more
Advertising
Continue to the category
Business