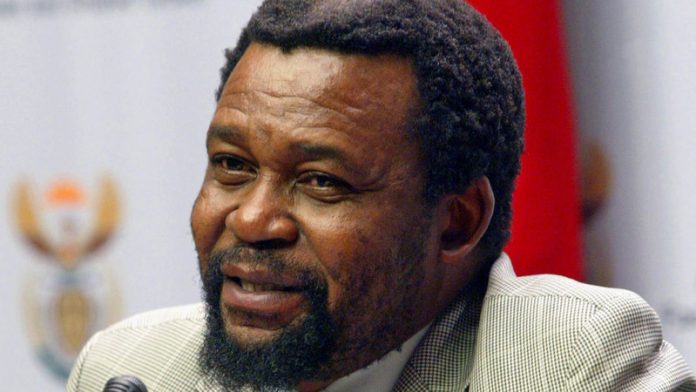 We all know that it is not yet part of the political culture of South Africa to resign when a conflict of interest as blatant as that exposed by Craig McKune and Stefaans Brümmer is revealed ( Mining minister’s platinum shares).

Mines minister Ngoako Ramatlhodi, from his record, is unlikely to start a new trend towards integrity and full disclosure in public life. Neither is it probable that any accountability will be exacted from him. Thus resignation or dismissal, though deserved, are ruled out until a new dawn of accountability emerges in politicians and their parties.

It is, however, always open to the minister to show his own contrition over his ownership of the shares (ostensibly worth R20-million), the unstated ownership of which placed him in an intractable conflict of interest. There is at least one a way around this ethical impasse. The minister could donate the shares to a worthy organisation serving the hungry and poor ‐ for instance, Philani, which assists children in hunger and poverty in the Western and Eastern Cape. Any recipient organisation might also be encouraged by a special request: to focus on the fatherless children of the Marikana incident.

The minister’s act of penance would be much appreciated, and the funds would assuredly be well spent, meeting the needs of ordinary people. The minister would then have “a good story to tell” if he establishes a precedent of this kind. He would also gracefully extract himself from the bind he is in. If the minister transfers his undisclosed shares in Amplats to a foundation able to deal with them honestly, transparently and accountably, the Institute for Accountability in South Africa will reconsider its current preparation of a formal complaint to the public protector about this questionable state of affairs.

Conflicts of interest subvert the promise of democracy and undermine the legitimate expectations of the poor. Every citizen and comrade should be alert to recognise and expose the insidious culture of impunity within which they fester. ‐ Ifaisa directors Guy Lloyd-Roberts, Chris Shone and Braam Malherbe; Ifaisa trustees Brian King, Sarah Christie, Gavin Williams and Tim Dunne

• We salute the Mail & Guardian for exposing Ramatlhodi and his family’s involvement in the mines.

In his memoirs, Vusi Pikoli exposed how Ramatlhodi dumped Thabo Mbeki in favour of Jacob Zuma. All those who were investigated by the Scorpions or with skeletons in their cupboards turned against Mbeki, accusing him of using the Scorpions to fight political battles. These include former Mbekiites such as Tony Yengeni, January Masilela and Vusi Mona.

Zuma defended the broadening of the Cabinet from 29 to 35 ministers and 36 deputies. He wanted those who have been compromised, are politically bankrupt and without skills to survive. He also made sure that his bloated Cabinet contains comrades who will defend Nkandla.

He retained the South African Communist Party’s Thulas Nxesi and Jeremy Cronin in the public works department, mainly because the SACP has abandoned its historic cause ‐ the creation of an egalitarian society.

Before 2009, the SACP was against comrades who were in business and also serving in the Cabinet. Nowadays, though, Blade Nzimande, Gwede Mantashe and Senzeni Zokwana (the incumbent SACP chairperson) will not support the scrapping of e-tolls, labour brokers and the growth, employment and redistribution programme, and are not committed to fighting corruption. ‐ Nicky Mavuso, Pietermaritzburg

Would that he had adopted such a disinterested approach when he and his comrades developed the ANC’s cadre deployment policy in the mid-1990s. Had he done so, this policy would never have seen the light of day.

For one of the consequences of cadre deployment is that it created a small band of insiders, or political commissars, who did the ANC’s bidding in whatever jobs they found themselves deployed to, while the rest of us carried on with life under the misapprehension that our views, skills and talents mattered.

When views were aired that did not square with the ANC’s policy, they were ignored. This has created outsiders who are more numerous than Netshitenzhe would have us believe, belying his assertion that 92% of the electorate supports the National Development Plan (NDP).

A significant segment of the alliance of the ANC, the South African Communist Party and the Congress of South African Trade Unions is opposed to the NDP, and President Jacob Zuma’s second term will be a test of his administration’s readiness to alienate these outsiders to the point where the alliance splinters.

Another category of outsider is composed of the huge number of small business owners frozen out of government procurement because they do not belong to the inner circle. I have received countless calls from frustrated business people complaining of discrimination because of their outsider status.

Netshitenzhe points to the NDP’s appeal for an ethical foundation to the state.

But we have a president who is ethically challenged, legitimising the widespread corruption in the private and public sectors. It is no wonder that calls for collective responsibility and ethical behaviour fall on deaf ears.

You want radical change, Mr Netshitenzhe? Do away with cadre deployment, face down the opponents of the NDP in the tripartite alliance, and allow the law to take its course on Nkandla and the Zuma spy tapes. – Toby Chance, Democratic Alliance MP and party spokesman on small business development

Eskom did not delay Koeberg upgrade

The article Power struggle jams nuclear fix-up unfairly accused the Eskom board of “dragging its feet” in awarding a maintenance tender for the replacement of the steam generator at the Koeberg power station.

The integrity of the board was questioned, creating a negative perception of the commercial process.

It is incorrect to state that Eskom has “inexplicably delayed” the process and that the board has taken three years to get nowhere on this contract.

The steam generator replacement bid was first issued in 2010. The decision to award it, subject to approval being obtained in terms of the Public Finance Management Act from the department of public enterprises, was made in February 2011.

Eskom’s application, however, was not supported. Therefore, the 2010-2011 process was closed and a new process started in 2011 with the new board. Eskom restarted the process immediately after this, with the preparation of a fresh application. The business case was reviewed, and the financial analysis, in particular, was updated, taking the most recent available information into account.

In September 2011, the Eskom board subcommittee on investment and finance approved the execution release for the Koeberg steam generator replacement project. The application for the Public Finance Management Act’s approval was then submitted to the department.

Discussions between department officials and Eskom representatives ensued subsequent to the submission, with the Act’s conditional approval being granted on January 15 2012 and final approval in June 2012. The intent was to ensure that the conditions of localisation and enterprise development were achieved.

Eskom’s commercial processes were initiated on August 13 2012. On submission in February 2013, the board tender committee requested the appointment of an advisory expert team to assist and guide the committee on the technical evaluation of the bids that Eskom had received after it followed an open tender process in respect of the replacement of the steam generator.

An independent technical review was conducted by the advisory team and the report was presented to the tender committee in August 2013. The recommendations were adopted and the strategy realigned to mitigate the identified risks and to extract maximum localisation for South Africa.

This realignment required bidders to submit additional information by mid-January. On request from the bidders, the deadline was extended to the end of January.

Compliance with the Public Finance Management Act is mandatory in transactions of this size and impact, hence the involvement of the department as the approval authority. This is not political interference – it is adherence to the governance framework Eskom is required to follow.

The article goes on to state that Collin Matjila, “in his new role [as acting chief executive] continues to place hurdles in the way of awarding a contract”. Matjila’s role as the chairperson of the board tender committee ceased when he was appointed as the acting chief executive, as evidenced by the statement that was issued by the chairperson of the Eskom board on April 16: “Mr Matjila has relinquished all other Eskom board responsibilities and the board is satisfied that there is no conflict of interest.”

Eskom is satisfied with the integrity of the process and will ensure that it remains fair and adheres to good governance. – Matshela Koko, Eskom acting group executive, technology and commercial

There is a lot bearing down on South African consumers and, without growth, the economy stands to decline
Sport

Sunday saw the top and bottom of the table decided in thrilling fashion.
Advertising