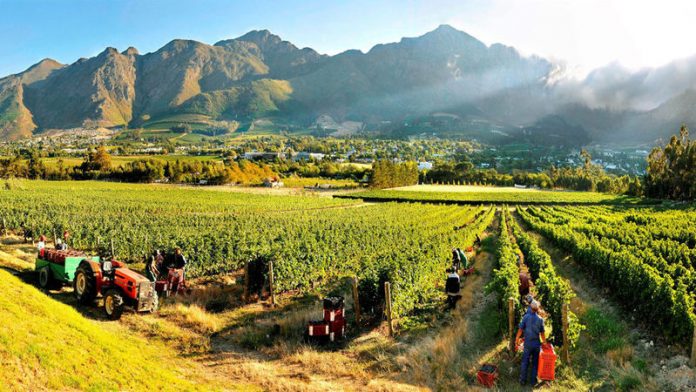 The world’s largest commercial fly farm, which will harvest maggots from about 8.5-billion of the insects housed in giant cages, is under construction near Cape Town, a project that developers say is a first step toward shaking up the global animal-feed market.

The 8 500 square-metre undercover facility, being built by Gibraltar-based AgriProtein, is due to be completed next year and aims to produce 23.5 metric tonnes of insect-based protein meal and oils and 50 tonnes of fertiliser a day. Fish and chicken farmers have already signed contracts to buy the feed, an alternative to soy and fishmeal, according to Jason Drew, the company’s co-founder.

“The farm will take in 110 tonnes of organic waste, out-of date-food, uneaten food from restaurants, hotels, some animal manure and some abattoir waste” and recycle the nutrients, Drew said in a July 8 phone interview from Cape Town. “We copied the idea from Mother Nature. In 15 years, it will be as normal to recycle your waste nutrients as it is to recycle your tin, your glass or your plastic today.”

Sydney-based Twynam Agricultural Group is among backers who have provided $11-million of funding for the project and a second facility in South Africa, the location for which is still being decided. AgriProtein intends building another 38 fly farms and has had expressions of interest from 43 countries.

“We are looking at returns on investment in the mid- twenties,” Drew said. “We aim to undercut the cost of fishmeal by about 15%.”

Solid science
The farms will be stocked with common houseflies, black soldier flies and blowflies, which consume most forms of organic waste. Three to 4% of the flies’ eggs will be hatched to maintain the farm’s insect supply.

Insect larvae are the natural food of chickens and fish and their nutritional composition is as good as that of fishmeal and better than soy, according to AgriProtein, whose products have been under development since 2009. Producing insect-based protein also doesn’t have the adverse environmental consequences of producing animal protein, which requires more land and water.

AgriProtein’s products have been approved for sale in South Africa and Drew expects it to secure distribution licenses in the European Union within the next two years. Product approval is being considered on a state-by-state basis in the US and Canada, with Ohio already having granted permission for them to be sold, he said.

Fly farms could utilize abattoir waste that would otherwise have to be disposed of in landfills, said Matthew Addison, a researcher at the University of Stellenbosch’s Conservation, Ecology and Entomology Department.

“We are throwing protein away,” he said in a phone interview on Tuesday. “Fly farms can bring it back into the food chain in a very acceptable form. The fly larvae produce very high quality protein. It’s brilliant. The science is solid.” – Bloomberg