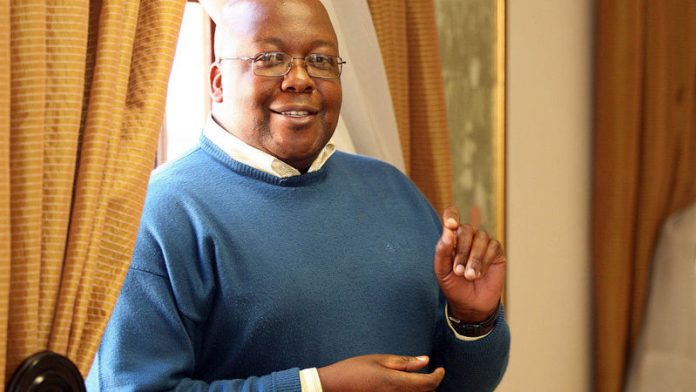 It may not have been filled with new ideas, but new Police Minister Nkosinathi Nhleko delivered a budget speech in Parliament that set the right tone.

In addition to welcoming Nhleko’s promise to plug policy holes in policing legislation, experts have pointed out that Nhleko’s speech avoided militaristic talk, and emphasised a return to constitutionalism within the police.

Opposition MPs on Monday pointed out that Nhleko had inherited a police service that needed urgent attention, and questioned his ability to fix the police’s reputation.

Democratic Alliance MP, Dianne Kohler Barnard said on Monday: “This new minister has inherited a shambles, with R150-million in fruitless and wasteful expenditure being just the tip of the iceberg that threatens to sink the whole ship.”

“This minister has inherited an entity, which on the books looks effective. But I could take him by the hand to 153 stations without toilets, running water, electricity – or all three; to stations where the rain pours through the roof; or those with few working vehicles, or plenty of vehicles and no drivers’ licences; to stations where the police members round up cattle and demand a fee from the local subsistence farmers for their release,” she said.

‘Saying the right things’
But civil society on Tuesday broadly welcomed the minister’s speech. While it remained to be seen whether the minister could implement his proposed changes, in theory, his speech showed that he had identified the correct solutions.

“All in all the minister is saying the right things,” said Johan Burger from the Institute for Security Studies (ISS).

He said the ISS believed that the tone of language used by police leadership contributed far more severely to the militarisation of the police than the rank changes that occurred in 2010.

“The tone was conciliatory, and devoid of much of the aggressive, militaristic tone that marked previous speeches. From research done in United States and elsewhere, we know that tone and language are what constitutes the most to the militarisation of policing,” Burger said.

Advocate Johan Kruger, for the Centre for Constitutional Rights, welcomed Nhleko’s assurance that the police would be demilitarised in line with recommendations made in the National Development Plan.

Nhleko promised to align the South African Police Services (SAPS) Act with the Constitution. This is a process that has been under way for some time, Burger said.

But while Nhleko’s announcement was “nothing new”, Burger said it was a positive sign that the minister recognised that this needed to be done. “The SAPS Act was promulgated in 1995, before the final Constitution was signed in 1996,” Burger said.

The Constitutional Court also instructed Parliament to amend the Act again to provide for more independence for the Hawks, in the “Glenister” case.

Overly broad definitions
Burger said the Act was also full of overly broad definitions, like that of crime prevention and crime combating, which presently allowed police leadership to interpret the act whichever way they saw fit. This allowed for too much speculation about what the act required of the police.

Currently, a white paper on policing is being drafted to replace the white paper on safety and security, which expired in 2004. This process is at an advanced stage, and will also go some way in plugging the holes in policing policy. “It’s good to hear Nhleko confirm that this needs to be done,” Burger said.

Kruger said that the review of the SAPS Act might also be an “ideal opportunity” to introduce mandatory human rights training for all police officials.

Nhleko also promised to review policy on reducing the barriers to reporting cases of violence against women and children, and a review on how community policing forums can assist the police during service delivery protests. He also said police deployments would be assessed, and said research into firearm legislation was also needed.

In pushing for differences in how Covid-19 regulations are applied, such as with the proposed sale of cigarettes, the Western Cape provincial government is testing national lockdown law
Read more
National

Under his nonprofit Forensics for Justice, O'Sullivan’s letter blames Hogan Lovells for the legal manoeuvres of three of its “sordid clients”
Read more
Opinion

"The failure of the NPA to act swiftly and vigorously against those involved in state capture shows that there has been a dereliction of duty."
Read more
Advertising
Continue to the category
National