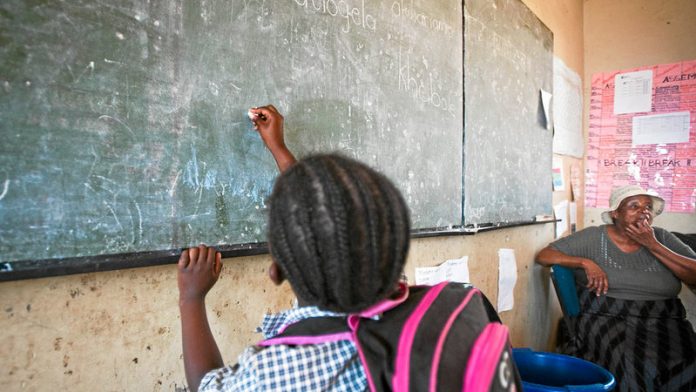 A new study shows that grade R classes have almost zero effect on the future performance of pupils in South Africa’s poorest schools.

“The impact of grade R in South Africa is small and there is virtually no measurable impact for the poorest three school quintiles, while there are some impacts for the higher quintile schools,” states the study’s report, titled The Impact of the Introduction of Grade R on Learning Outcomes.

This means that instead of reducing the inequality gap in the country’s schooling system, “grade R further extends the advantage of more affluent schools”.

Commissioned by the department of policy, monitoring and evaluation in the presidency and the basic education department, the study investigated “the effect the introduction of grade R in most schools has had on learning outcomes in subsequent grades”. It was conducted by the research on socioeconomic policy unit at Stellenbosch University.

Negligible effect
It is widely accepted that early learning programmes are an effective approach to overcoming the learning deficits of children from poor backgrounds who, by the time they start grade one, might not have benefited from educated parents who may have already exposed them to reading and numbers.

Yet in a school year of 200 days, the report said, the impact that this grade has on the effectiveness of future learning across all quintiles “converts to only 12 days of normal learning gains in maths and 50 days in home language”.

The lead researcher and author of the report, Servaas van der Berg, told the Mail & Guardian that this meant that even if South African pupils start school well by entering a grade R class, “after grade one all pupils are almost on the same level, with pupils at higher quintile schools ending up only slightly better”.

Wider quality issue
The study combined data from various sources such as the list of schools from the basic education department’s Education Management Information Systems, and the 2011 and 2012 results of the annual national assessments, to create a database of 18 102 schools, “which allowed precise measurement of the impact of grade R on test performance in mathematics and home language for grades one to six”.

The findings implied that “impact is associated with capacity, manifested in the supportive framework for grade R in schools, availability of good teachers and parental support”, the report said.

Low learning impact may be because of a wider quality issue in schools rather than specific to grade R, Van der Berg said. “So a school with low capacity in other grades is usually not going to be any different when it comes to grade R. Quality thus needs attention.”

But these “discouraging” findings, as described by the report, are not surprising to Lindy Harris, director of Flying Children, a non-governmental organisation that provides preschool support for underprivileged communities. She told the M&G: “I have suspected that something of this sort would be found.”

Poorly trained teachers
“The truth is that children entering grade R from most ‘crèches’ in rural, poorly-resourced and disadvantaged areas which do not receive mentoring and extensive assistance are already what I would call ‘remedial’ children,” said Harris. They will not have played with blocks, water, sand, have never even played snap or snakes and ladders … and would be unlikely ever to have had a story read to them.”

“Instead, they are given directives from primary school teachers who … usually demand a sort of watered down grade one.

“I have seen again and again teachers leaving the very good educational toys in their boxes. When I ask about this, the answer I get is: ‘The children will mess them up or steal them.’ I know that they simply do not know how to use them.”

Time to act
She said children who come from economically stable homes with educated parents and go to preschools that are well run, well resourced and have properly trained preschool teachers “will not even need this grade R year”.

Director of the Centre for Education Practice Research at the University of Johannesburg Elizabeth Henning said, “no one will be surprised to note that poorer schools do not benefit as much as privileged schools”.

“Can we now stop noting that and start doing something tangible about it?” asked Henning.

She agreed that grade R teachers and pre-service teacher education programmes at universities need attention “but mostly we need to know where the kids are so that we can design programmes that suit them, not attach them to programmes that we design assuming who they are and what they know”.

A spokesperson for the education department, Elijah Mhlanga, said the report made a number of recommendations and these have already been fed into an improvement plan.

“The improvement plan focuses on the human resource strategy for grade R practitioners, curriculum implementation and monitoring initiatives,” he said.