Development in law and international collaboration 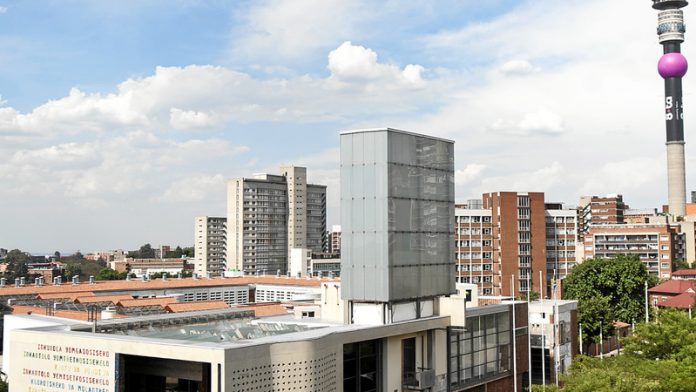 Professor AJ van der Walt of Stellenbosch University says one of the key objectives of the Property Law Research Chair is to help fill a void of university lecturers and researchers experienced enough to train the future generation of property lawyers.

He says the old guard of academics were largely white males close to retirement age who have left a gap that cannot be filled overnight. Apart from the capacity gap, complex issues related to property and land ownership require fresh thinking to tackle emotional issues that were distorted by apartheid-era legislation.

The biggest challenge for him is to fast-track the development of the necessary skills without diluting the contribution they could make to training law students.

Van der Walt says this has been achieved by inducing LLD and LLM postgraduate students to complete their studies full-time rather than doing so while practising law. They were also exposed to national and international networks and conferences through the South African Research Chairs Initiative (SARChI) funding to get them up to speed quicker than would have been possible otherwise.

Van der Walt dedicated the major part of his time to training of the students, with the remainder of his time committed to developing new property law literature that informs legal academics and professionals on current issues and thinking.

These efforts have resulted in eleven LLD and 12 LLM students graduating through his programme since 2009, of which the vast majority are now in academic positions at universities around the country.

They have also contributed more than 40 publications, while five new books have been published that are used in courses and the professions. Van der Walt says another 15 books will be published in the next six years to ensure the property law professionals are armed with the most current thinking on the subject.

This body of work is expected to have a significant impact on the ability of lawyers and judges to make meaningful contributions to decisions related to the complex issue of property and law matters.

He says the absence of such material has placed judges under considerable pressure, requiring them to produce creative solutions and informed, considered decisions.

One of the newer Research Chairs aimed at the legal profession is that of Professor Patrick Vrancken. The Law of the Sea and Development in Africa Chair started operating in mid-2013 and deals with what is commonly known as Marine Law.

He explains that the ambit of this sphere of law is one of the oldest branches of public and international law. It governs the relationships of states in the marine environment with regard to issues such as jurisdiction, navigation, the exploitation and protection of marine resources, pollution, marine scientific research and security.

One demonstrable outcome from the type of work that the Research Chair and its students are involved in is the participation of the Chair in the protection services and ocean governance section of the Ocean Labs held in Durban between July 7 and August 15. The Labs were convened as part of Operation Phakisa launched by President Jacob Zuma in Durban on July 19. They bring together members of government, industry, labour, civil society and academia to identify and develop concrete steps to unlock the economic potential of maritime transport and manufacturing, oil and gas as well as aquaculture, while addressing the challenges to which marine protection services are confronted and developing a framework for ocean governance.

Vrancken was personally involved in this, contributing his knowledge and research outcomes to help inform this project.

He hopes the heightened attention being given to the blue economy will help attract greater interest from potential students. He says interest in marine law tends to be overshadowed by interest in maritime law that is often considered more appealing.

Through the Chair, though, he expects to make a contribution to a more systematic and comprehensive discourse and knowledge base required among all blue economy stakeholders both nationally and in the rest of sub-Saharan Africa.

The scope of the issues that are covered by marine law are significant however, requiring an understanding of issues such as fisheries crimes perpetrated by international syndicates, other environmental threats to the country’s oceans and of course the threat of piracy.

Vrancken says the Chair is therefore concerned with developing capacity through enrolling master’s and doctoral students able to conduct quality research into these types of issues. He currently has six doctoral and a number of master’s students enrolled.

Part of their training involves the publication of research papers in international journals as well as attending conferences to share their findings and build networks. Current research work is also being prepared for publication in book form.

African links and networks are also being built through the Chair, with an African Union conference planned for later this year that will focus on ocean governance and building capacity in this area across the continent.

This is important because other countries and researchers on the continent face the same threats and challenges, with Vrancken hoping to establish a dedicated African centre of ocean governance. This would also provide the Research Chair with a larger platform from which to conduct its activities, he says.

The University of Johannesburg’s Professor Hennie Strydom is involved in similar pursuits, although the International Law Research Chair is far broader in scope.

He says the significance of the Chair stems from South Africa’s re-emergence on the international stage that has seen the country enter into an unprecedented number of international and bilateral treaties that affect many national interests.

The country’s role and membership of organisations such as the African Union, the BRICS conglomeration and the UN Security Council demand that its legal professionals are acquainted with complex international law matters.

Strydom says South Africa is reasonably well placed in terms of having these skills available, despite the subject of international law not being compulsory or even offered at all universities. He says this situation has improved dramatically and that international law has gained prominence.

This has led to an increase in the demand for master’s courses in the subject. And although the Chair only started operating in May 2013, he has five doctoral and two master’s students enrolled, including two postdoctoral fellows with a third joining later this year.

He has also developed collaborations with foreign universities and scholars that have helped expand knowledge sharing and the experience of his students.

He says the research being conducted by the postdoctoral students includes peace and security in Africa, specifically on the threat posed by Boko Haram in Nigeria, as well as humanitarian law and rights issues.

He says the Chair has definitely increased his faculty’s ability to increase international collaborations while playing an important role in enabling postgraduate research that had previously not been possible.

“It has certainly contributed to the development of the level of skills we need,” he says. “The idea of the Chair innovatively contributes to developing skills in various areas.”

This article has been paid for by the National Research Foundation and its contents signed off by the Department of Science and Technology and the NRF.

Investigating the ‘rebellion of the poor’

South Africa is no stranger to upheaval as a result of unrest in communities that feel neglected and abandoned.
Read more
Special Reports