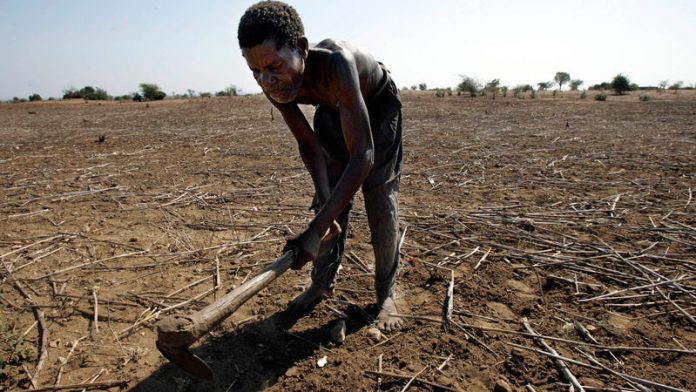 For 35 years now, more than 400 subsistence farmers at Chisita in Malawi’s central region have been traversing the country’s courts, nongovernmental organisations and the offices of the ombud in a bid to reclaim 600 hectares of land, which Illovo Malawi occupied in 1979.

The farmers claim the company, in collusion with a senior chief, pushed them off their land and illegally converted it into part of its behemoth sugar cane plantation.

“I lost three hectares which were my livelihood. They pushed us to the hills where the land is infertile. Now I am suffering,” said farmer Peter Kaunda.

Illovo insists that its corporate predecessor, Lonrho Sugar, legally leased the land in the 1970s.

It claims the farmers were paid compensation by the Malawi government and denies there is any dispute about the land Illovo is farming now.

The Malawi Stock Exchange-listed company, which is 76% owned by Illovo South Africa, has 6 159 hectares of sugar plantation with an annual production of 2.8-million tonnes of sugar.

Rightfully our land
The disputed territory therefore appears to represent nearly a 10th of the company’s cultivation area. According to its 2013 financial report, Illovo Malawi realised a profit of 29-billion kwachas (R74-million).

“Chief Kanyenda gave the land to Illovo without consulting his people,” the Sugar Plantation and Allied Workers’ Union of Malawi said in a statement issued last week.

“Our investigations have found that the land rightfully belongs to the villagers, although the company leased it and does not want to return it.”

The union, which represents company workers as well as those working in sugar cane outgrower schemes, is calling on the international community to help the villagers reclaim their land by publicising the injustice.

“If your only means of survival is taken away then it is evil … We will continue to seek justice despite our empty pockets,” said Martin Phiri, who claims his parents lost land the size of three soccer fields.

Other investigations by Malawi government agencies, such as the district commissioner’s office and the ombud, appear to vindicate the villagers’ claim.

“We have approached the courts on numerous occasions for protection of the rights of the locals in all parts of the district but to no avail,” said Henry Chimunthu Banda, Malawi’s former parliamentary speaker and a sugar cane farmer.

Their version
Illovo tells a different story. According to the company, during October 2013, members of the local community obtained a court injunction against Illovo Sugar (Malawi) Limited, preventing it from having access to certain cane fields which were leased to Illovo by the Malawi government.

“This action related to an ongoing dispute between the community and the government regarding land leased by the government in the 1970s to Lonrho Sugar Company [which farmed the land before Illovo bought the mill]. The government claimed that compensation had been paid, which the community disputed,” Illovo said in a statement.

“Payment was eventually made by the government in December 2012, and in the intervening years the community laid claim to certain other land not farmed by Illovo, but adjacent to its cane fields.

“All Illovo’s endeavours to settle the dispute … were unsuccessful and the matter eventually came before the court again in November 2013.

“The litigation is ongoing and the company is applying to discharge the injunction by showing that, in fact, Illovo is not farming the land which is now under dispute. The matter is currently before the courts thus sub judice – hence Illovo’s inability to comment further.”

Getting closer to the truth
Yet Kaunda said that Illovo was being economical with the truth: “It is the same land which we have been fighting to reclaim.”

In the latest twist, Chief Stowell Kanyenda has deposed to an affidavit in which he says he only granted the firm temporary use of the land.

“Around 1979 I was approached by people from the Dwangwa Sugar Corporation [now part of Illovo], who stated that part of the area where they were growing their cane had been hit by floods and therefore they needed a piece of land for temporal relocation,” he said.

“I gave them this piece of land on the strict understanding that it was a temporary arrangement.”

Kanyenda said that, according to correct procedure, he is supposed to give permission for land to be leased under his jurisdiction, but he had not done so and the company had never produced a lease.

Under the 1965 Land Act, which is in use today, land allocations are government-managed through local chiefs on behalf of the president.

Malawi’s Parliament passed a new land Bill in August 2013, which seeks to set new conditions for land ownership by foreigners or foreign-owned companies and convert foreign-owned freehold land to leasehold.

Ironically, the new law has targeted producers of tea, coffee and tobacco – not sugar plantations.

But, the president has so far resisted signing the new land Bill into law because it will transfer control from the head of state to the state itself.

A lack of laws and land grabbing
“The new land Bill has changed the categorisation of land from the current public, customary and private land to only public and private land and has made customary land a mere component of public land,” observes a local NGO, the Centre for Environmental Policy and Advocacy.

Though the land deals are being fast-tracked, there are few or no legal mechanisms in place to protect marginalised rural farmers from exploitation by powerful commercial entities and national governments.

“Land grabbing is a big issue in Malawi. In the past four years, thousands of farmers have lost land, which has often benefited multinational companies,” according to LandNet, an NGO defending the landless in Malawi.

Project officer Joseph Gausi noted that companies are taking advantage of the 1965 Land Act because it gives leeway to foreigners or foreign-owned companies to acquire land leases of up 99 years.

“Unfortunately, many people are not aware of their land rights. When they fight, they only do so to protect their survival,” Gausi said.

Illovo insists the company is sensitive to how emotive the land issue is and adopts a range of best-practice policies in its approach to indigenous farmers: “Our wish would be that we could resolve these issues quickly to the benefit of all parties.

“However, by their very nature, they are complicated and complex with opposing views at each turn,” said Illovo group communications manager Chris Fitzgerald.

The pandemic hit abalone farmers fast and hard. Prices have dropped and backers appear to be losing their appetite for investing in the delicacy
Read more
Thought Leader

Home affairs minister admits South Africa has weak borders, and that the Bushiris had 10 passports between them
Read more
Africa

A respected and robust United States — with all of our flaws, mistakes and missteps — can be good for the defence of democracy, not least in Africa
Read more
Advertising