The complex lives of trendsetters, gangsters and chums 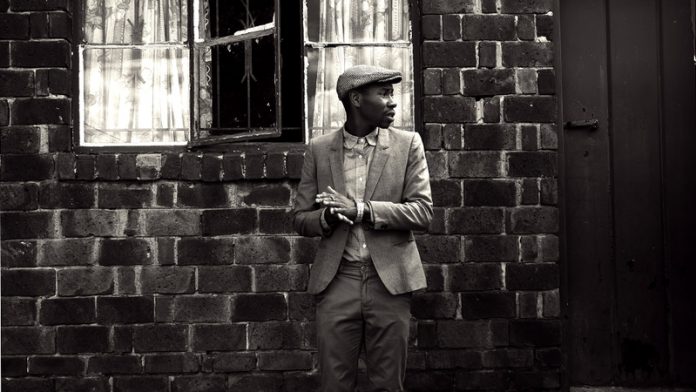 Why do gangsters wear gold chains? Why do men in the township get strange looks if they wear pink pants? What does it mean to be a man in today’s world, anyway?

These are some of the questions that Sipho Gongxeka has sought to answer through his exhibition Skeem’ Saka (a tsotsi-taal term meaning a close friend, a homeboy or homegirl).

In doing so, he’s created something of an infinity loop: Gongxeka believes that the way we perceive people and the images we seek to create around ourselves are heavily influenced by the media – and as a photographer, he in turn has turned the magnifying glass on those stereotypes.

Stereotyping is something that has fascinated him since childhood. Growing up without a father, his primary source of information about masculinity was television – but what he saw was confusing at best and troublesome at worst.

“Shows like Gaz’ lami, Hijack Stories and Yizo Yizo glorified male gangsters, but the reality is that this isn’t a persona everyone chooses,” he says. “This made me think about being a man, and how hard it is; and how the clothes you wear decide the people you hang out with, how they affect you. Why do we always think that someone wearing a leather jacket and a gold chain is a thug, for example?”

Dirty All Stars and wrong gestures
Gongxeka maintains that this is especially true for people who live in ekasi – where black masculinity is clearly defined and men have a distinct part to play. Play it well, and you earn respect – but if your All Stars takkies are dirty, or you’re using the wrong gestures and language, you’ll be in for a tough time.

This ties in with another of Gonxeka’s interests: fashion. Inspired by a love of hip-hop culture and its icons’ preoccupation with style, Gongxeka imagined what it would be like to be “that cool guy”, always in chinos and new kicks.

But for him, fashion goes beyond image. It’s about subcultures too and how they create divisions. “Take Soweto, for example. You have the amapantsula on one side and amabhujwa on the other. We live in the same neighbourhood, but there’s no mixing.”

His love of fashion is what “pulled” him into photography, a passion that’s relatively new. Gongxeka started studying at the Market Photo Workshop in 2011, and sees the exhibition – made possible through his attainment of a Tierney Fellowship – as the culmination of three years’ hard work.

It’s also a tribute to his mentor, Pieter Hugo, who, as a portraitist, taught him that photography isn’t just about beautiful pictures; behind the lens, you have a responsibility, too.

In short, photography is about telling stories. This is what drives Gongxeka. “I’m inspired by people. I’m interested in the fact that the Smarteez and my uncle live just down the street from each other yet, although they share in the same environment, they have their own style.”

What it means to be a black man
Soweto itself is an enormous inspiration. “There aren’t a lot of beautiful stories about the township. There aren’t a lot of stories told about us, or by us – we leave it to people on the periphery to tell our stories. But Soweto isn’t June 16. It’s a place for trendsetters.”

Gongxeka’s dream is to publish a book, decades from now, that chronicles Soweto and its quirks and their evolution. For the moment though, he’s concentrating on the themes that resonate throughout Skeem’ Saka.

“When I started this project, my intention was to show the stereotyping of black gangsters but the work shows me that there are much more serious issues at play. I hope to get people thinking about those issues, questioning what it means to be a man – especially a black man.”

He’s interested in what it means to be a woman too, which is why the next phase of the project will look at how the media portrays women involved in gangsterism; their status as mere “accessories” to the men.

Although he admits that the work has not led him to any conclusions, he’s been left with some haunting thoughts.

For example, his favourite piece from the exhibition depicts a gangster holding a baby; he likes it because it shows the man for what he really is: selfish, maybe, but also capable of love. In a word, complex – and maybe that summarises the state of masculinity today.