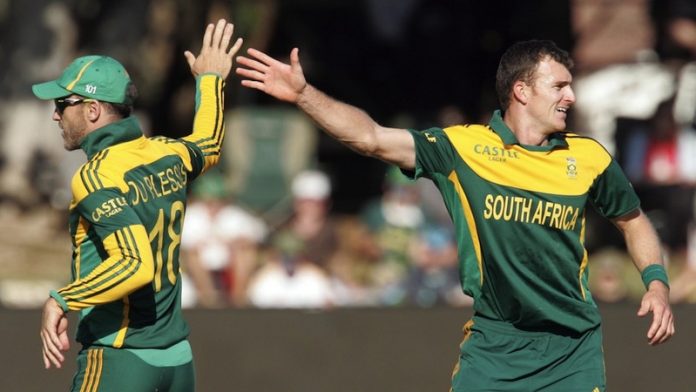 To all but the most devoted supporters and, perhaps, the players’ mothers, the ODI series between the Proteas and Zimbabwe was hard to watch, let alone enjoy. The hosts prepared dry, slow wickets that were not conducive to effective fast bowling or entertaining batting, but were still outclassed.

AB de Villiers’s determination to win at all costs meant a low-risk, meticulous game plan that limited the moments of flair to the final few overs of South Africa’s innings. Zimbabwe’s batting has been painful to watch. But the captain’s insistence that the habit of winning should not be compromised by the introduction of new players and new combinations has met with the strong approval of both the management and players.

“It’s about creating good, winning habits and respecting all opponents and every series,” all-rounder Ryan McLaren said before the third and final game of the series. “In a week’s time we’re playing against Australia and if you come in slightly under the radar, with a low intensity, then you get found out. I back the captain 100% in trying to maintain the same high intensity in every game, no matter who we are playing against.”

McLaren has certainly maintained his own outstanding form of recent series, with five wickets in the first two games reinforcing his reputation as “our banker for wickets”, according to the captain. Bowlers accept that rewards do not always reflect the quality of their performance on the day, but McLaren rarely has a nought in the right-hand column of his analysis these days.

“I’m not looking for wickets with every ball, but I try to be attacking by bowling with a lot of intensity and through building pressure on the batsmen. Having said that, if you just try to block up the runs and be negative then you are going to be found out in one-day cricket, with only three or four fielders on the boundary,” said McLaren.

He is not afraid of bowling the “high-risk, high-reward” deliveries, however. The slower ball bouncer, for instance, can go horribly wrong – but it has become his trademark.

Forced to adapt
“The T20 game has forced us to adapt and add variations to our arsenal. That’s a ball which has been an effective wicket-taker for me but there are days when you get lucky. Morné Morkel plucked a catch out of nowhere on the boundary in Sri Lanka last month, which could easily have gone for four or six on another day.

“It’s important to be unpredictable and not allow the batsman to settle into a rhythm. If you’re bowling four out of six deliveries on a similar line and length to AB de Villiers or Hashim Amla then you’re going to be picked off,” said McLaren.

The retirement of Jacques Kallis has left McLaren as the main allrounder in the squad, albeit batting at number seven rather than Kallis’s position at three. Although he is relishing the challenge and believes he is a good enough batsman to fill the first position behind the top six, he still shudders at the thought of comparison.

“Yes, I am the all-rounder in the team but, as I have said many times before, I am no Jacques Kallis! He was a once-in-a-generation cricketer who contributed regularly in both disciplines. I had one game in Sri Lanka where I managed to contribute with bat and ball but it doesn’t happen all the time for the rest of us.

“My goal is to be an all-rounder and to contribute from an all-rounder’s position. I know what is required from me and I feel there is a lot still to come from my batting. I’ve done the all-rounder’s job throughout my domestic career and I’m happy and comfortable and honoured doing it for the Proteas,” McLaren said.

The Australians were scheduled to land in Harare yesterday before the opening game of the Triangular series against the hosts on Monday. The Proteas fly from Bulawayo today.

Banned from touring
Opinion on the merits of Australia touring the country at all were strident in that country before Michael Clarke’s team left. They have not been here for 10 years, in effect banned from touring by then prime minister John Howard in the mid-2000s because of the presidency of Robert Mugabe, a man he described as a “grubby dictator”.

As International Cricket Council spokesmen often point out, if the human rights records of member nations were a qualification for joining, at least a third of its 109 associate and affiliate members would have been rejected and there would likely be just six Test playing nations.

The majority of Australia’s armchair population, it seems, recognise no anomaly in cheering the fairy-tale rise of Afghanistan as a cricket nation, but calling for the continued boycott of Zimbabwe. Human rights? What about cricketing rights?

“That’s a debate for people to have at home, I guess, but as players we are representing one of the proudest cricket-playing countries in the world. We don’t do the schedule. Our job is to pitch up and give 100% and respect the fact that we have been asked to represent our country,” said McLaren. “It’s not a question of assessing how good the opposition is and then deciding on how you’re going to play. It doesn’t work like that.”

All seven matches of the Triangular series will be played at the Harare Sports Club, concluding with the final on September 6.