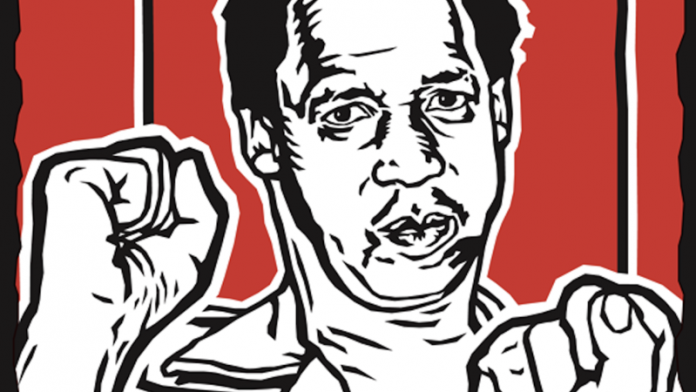 The post-colonial left in Africa has been savagely defeated over the past few decades. Southern Africa in particular was a Cold War battleground, with proxy wars and destabilisation.

The Cold War did not end, however, on the battlefields of Angola or with the signing of the Nkomati Accord; rather, it ended with the assassination of Chris Hani, general secretary of the South African Communist Party (SACP), on April?10 1993. Hani’s assassination drew to a close a dangerous era of global geopolitics and was meant to mark the defeat of South Africa’s left and working class.

The stakes are high. There are intensifying attempts to destabilise Numsa. This includes disciplining it within its federation, Cosatu; squeezing it through the department of labour; the formation of a rival metalworkers union by forces aligned to the ANC and SACP; and the assassination of three Numsa shop stewards in KwaZulu-Natal, on the eve of the Numsa-convened symposium with left parties and movements, among other pressures.

The assassination of the Numsa shop stewards is similar to the violence unleashed on workers in 2012 in Marikana. Such violence attempts to end democratic politics and crushes dissent. The undermining of the Numsa initiative by the dominant political forces will determine whether we are becoming an authoritarian post-colonial African country, like Zimbabwe, or whether we have a future as a vibrant, plural and transformative democracy.

We are at a turning point: we face either the common ruin of all, or the maturation of our democracy. With Marikana, the economic and political consensus of the post-apartheid order, favouring capital, has been unhinged. Madiba is gone and the phase of “national reconciliation” is past us, but we have achieved a commitment to a constitutional democracy grounded in egalitarian values, nonracialism, nonsexism and a broad conception of democracy.

At the same time, as the ANC unravels and loses its grip on power, it has to appreciate it will be held to account in the future for what it does in the present. The Arab Spring and the rise of a democratic left in Latin America have been part of the challenges to authoritarian neoliberal capitalism – and are instructive.

Numsa’s right to pursue its decisions to break with the ANC-led tripartite alliance, withdraw electoral support for the ANC, build a united front and explore the formation of a workers’ party or movement for socialism, derives from its appreciation of history and the role workers have played in the making of South Africa. When Numsa looks into the past, it appreciates three historical developments as the basis for its political decisions:

• The Freedom Charter, the programmatic cornerstone of the ANC-led liberation movement, was embraced by workers but has not been realised. Numsa believes in the national liberation commitments made in the charter: to build people’s power, bring the state into transformation, including nationalisation, and the centrality of the principles of nonracialism and nonsexism. It refuses to accept apologia from the ANC about apartheid being determining of the present. Instead, Numsa appreciates contingency in history, as expressed through the choices made by the ANC to abandon the Freedom Charter and embrace global capitalist restructuring and black economic empowerment over the past two decades. Numsa is fully aware of the costs of this to workers and the African majority.

• Numsa is aware of the militant role and tradition of shop floor politics in the fight against apartheid. It is alive to the struggles of the vibrant shop stewards movement, which it was part of, that confronted racism in the workplace, reached out to communities and built modern industrial unionism. The independence of the labour movement, its unifying role and the struggles it led, were necessary conditions for the end of apartheid. Hence Numsa defends independent labour politics in Cosatu and the need to ensure labour as a democratising force is not compromised.

• Cosatu is one of the few labour movements in the world to develop a capacity for strategic politics. In the 1990s, this expressed itself as a social-democratic agenda for labour: the reconstruction and development programme, the ANC-led alliance, and neocorporatist bargaining, driven by class struggle, through the National Economic Development and Labour Council. Numsa knows this strategy has been defeated, hence the need for a new initiative from the socialist labour left.

It is in this context that Numsa hosted a symposium of left parties and movements to learn about left politics in the world today and to inform its political decision-making on a strategic way forward. It hosted the leading left forces in the world, either in power, in opposition or in resistance. The symposium included themes such as left understandings of capitalism’s crises and limits, strategies of transformative resistance, and the nature of political forms. Consistent with Numsa’s tradition of worker control, these deliberations were a moment of intense political education for the union, the united front it is building and left forces generally.

The theme of the crises of capitalism was articulated by Numsa itself in describing South Africa’s post-apartheid political economy, but the dispossessions, inequality, ecological destruction, hollowing out of democracy and general crisis of contemporary capitalism were also brought to the fore in various presentations by international participants.

Essentially, the new global left in the world is struggling against a neoliberal capitalism that is increasingly authoritarian and driven by a logic that will destroy all planetary life forms. This new left is resolute in defending democracy against corporate capture and ensuring it is utilised for transformation. This perspective stood out in the contributions from Latin America, the region in the world going furthest in breaking with neoliberal capitalism.

The jaded left debate in South Africa – “reform versus revolution” – was challenged by various strategies of “transformative resistance” as shared at the symposium:

• Mass-driven participatory democracy (such as neighbourhood councils) to re-embed the state and secure national sovereignty, as in Bolivia, Venezuela and Ecuador;

• Advancing the solidarity economy and networks, as in Brazil, Venezuela and Greece;

• Food sovereignty, to ensure countries can feed themselves (Bolivia and Ecuador), and through the land struggles of the Landless Workers Movement of Brazil;

• Discourses on the rights of nature (Bolivia and Ecuador);

• Nationalisation of key sectors of the economy;

• New forms of regionalisation, including a new vision of Europe, as articulated by Syrizia, the leading opposition party in Greece; and

• Strengthening trade union independence and solidarity across borders through left forums (such as the Sao Paulo Forum and the Asian Left Conference), movement-to-movement links and regional left parties such as the Party of the European Left.

These all provide alternatives to the left of 20th-century social democracy.

Over the past three decades, various labour movements have spawned workers’ parties – examples are South Korea, Zimbabwe and Zambia. The Numsa symposium scrutinised these experiences to understand the limits and lessons to be learned. A striking aspect here was a recognition that communist vanguard parties have been eclipsed by new left political forms: electoral parties (Germany), party movements (Brazil), left fronts (Greece, Uruguay) and movements for socialism (Bolivia).

The Numsa symposium is one of many crucial steps to unite South Africa’s rather dogmatic and fragmented left. Numsa and its allies are imagining a new socialism, with different premises, various historical reference points, new conceptions of strategy, and a serious rethink of political forms. It is leading a cutting-edge process of left renewal. Not only was it inspired by its international guests but also inspired them.

Numsa is not building its process on individuals, like a Hugo Chávez, but on worker control, power and capacity. Numsa is at the forefront of thinking about a new future for South Africa, in which workers play a central role, democracy is strengthened and transformation happens.

Dr Vishwas Satgar attended the Numsa symposium as a friend of Numsa and as an expelled member of the South African Communist Party. He is the editor of a book series on democratic Marxism.