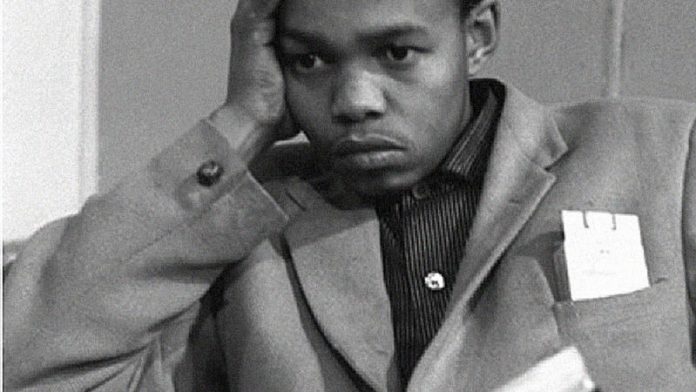 It is fitting that Nat Nakasa’s remains are being brought back home and that he is being given the funeral honours due to him as one of South Africa’s most promising writers, a talent that was not allowed to flourish to its fullest extent.

To this day, we cannot account for the real manner of his death – he committed suicide in 1965, aged 28, in the United States. It would be a truism to say that the colonial conditions in South Africa, which made him seek opportunity abroad, were responsible for what happened to him in exile.

Nakasa was one of many who went into exile, only to find that exile was another form of blight upon their dreams of promising things. For many, the choice was between imprisonment for long terms in Robben Island or lesser jails, with the threat of torture, persecution, broken families and careers destroyed.

Nakasa was not heavily involved in activist politics – or not during the period in which I knew him. Of course we spoke about politics; we were all discovering ourselves in the battle of life as we knew it in South Africa then. What motivated him to leave the country, I never knew. I had myself gone into exile. I believe he saw little hope in his own country. Of the Drum crowd, to which Nakasa initially belonged, and through which he found his way forward as a journalist and writer, others such as Bloke Modisane and Lewis Nkosi had also left South Africa, and Arthur Maimane would soon follow suit.

After Sharpeville, when thousands were rounded up and sent into prison, the brutality of apartheid was clear. One of my lasting memories is to have seen a group of about six Africans sentenced to death for the murder of a white person. I was at the time the court reporter for the Golden City Post in Johannesburg. I can’t recall the exact circumstances of the case, but I do recall the grim atmosphere in the court as the sentence was passed. Those found guilty were young, still in the prime of life.

Abroad, it was not easy to fit into the life of foreign countries. Most of those who left had few qualifications and finding employment was difficult. The South African community in exile was not united, either politically or through social or cultural organisations. Just about every other immigrant community had some kind of organisation, but we did not.

The reason for this must be that a British body, the Anti-Apartheid Movement (AAM), had taken over the solidarity movement of the apartheid struggle. They also acted as a branch of the ANC and the South African Communist Party (SACP). It was largely white-controlled, with a staff of mainly British workers. The Defence and Aid Fund had a similar nature.

It is important to note these factors to have some understanding of the kind of environment into which exiles went and which Nakasa would have  faced. Whatever the exiles’ talents, they had little opportunity to find nurture abroad. The opportunities were not there. We were not economic migrants; we hoped to resume the struggle from abroad, to get training in armed struggle and return home. But exile threw up problems we had not anticipated, not least serious problems with the leaderships of the exile movements.

Nakasa, Lewis Nkosi and myself left Durban about the same time to find our fortunes in Johannesburg. Drum magazine and the Golden City Post opened up great opportunities for some black journalists. I was close to both of them, but more so to Nakasa. We were a bit like vagabonds in those days, finding our feet in the world of journalism and literature, a world that interested all of us. Nakasa and Nkosi would often rock up at my small room late at night looking for a place to stay. When we had some money, Nakasa and I would help one another out, sometimes with a cinema ticket!

Nkosi and I spent a bit of time at the American Embassy, reading American literature and journals such as Life and Look. There was no library we could go to. Nkosi would insert naughty pieces of writing into the magazines, sexy but insulting to white people.

One day Nakasa surprised me. I had been in Cape Town for a long spell. Back in Johannesburg, I was met by Nakasa at an Indian restaurant. He arrived in a large white car like a limousine. It took me aback. Moreover, he told me that he had joined the Liberal Party! I knew some people involved in that group, but the way politics were developing meant I could not conceive of belonging to it. Nakasa looked at me a bit guiltily. He had read my views about that.

In the social situation of the time, there was no hope for black advancement in any professional field, even in universities. Only liberal whites could assist us. They had the money and privileges. They could open some doors. I say this because Nakasa has been accused of being influenced by white liberals in his opinions. This held a certain amount of truth, but to get away from the drabness of township life, despite its buzz, was something we sought.

To some extent, white influence played a role in Nakasa’s getting a Niemann Fellowship to study in the US, as it probably did for Nkosi too. The Drum staff were not much liked by ANC/SACP politicos; they were accused of being “apolitical” in the organisational sense of the word. That probably influenced Nakasa’s view that he did not subscribe to any tribe but was a independent individual in himself, his politics being somewhat closer to a liberal point of view and embracing a kind of cosmopolitanism.

It is difficult to know what was going through Nakasa’s mind in 1965, the time of his suicide. Nkosi’s view was that Nakasa was afraid of the streak of madness that ran in his family. Did the sense of isolation in the US get too much for him? Not knowing when he might be able to return home must have added to that. Alienation in our new environments beset many of us in exile, especially black people who found it difficult to get jobs. Racial discrimination in employment was rife. I was never able to get a job as a journalist. All I could get was a job as a bus conductor.

Nkosi later returned to South Africa a few times, and I met him when he did. He was already then lost to South African politics and life by the years of being away. He tried to write his autobiography but could not get beyond a few pages. He was drinking heavily, but he still had a sharp mind and accurately described the situation in the country as a new form of colonialism in the name of reconciliation. He died in 2010.

Life both at home and in exile took its toll. Nakasa’s suicide summarises much of what happened in exile. The lives we led were largely lives of alienation. The burst of talent that Drum encouraged petered out in the alienation.