Residence traditions are a hangover from a discarded era 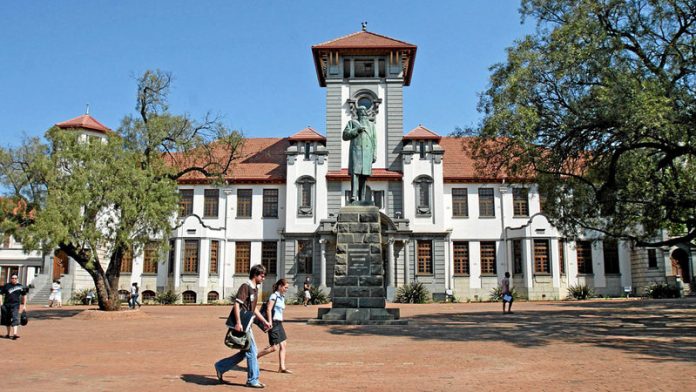 Despite extraordinary efforts to bring about transformation on campuses, universities often stagger under the weight of the widely reported incidents of discrimination and violence among students in residences – a lingering problem and often an embarrassment to higher education in South Africa.

After two decades of democracy, obstinate residence traditions that undermine human dignity question universities’ commitment to the Constitution and our societal commitments to reconciliation and social cohesion. As such, the transformation of residence cultures has not only become a barometer of universities’ intent to serve our democracy, but has also offered hope (or not) to diverse communities that reconciliation may be possible for all and everywhere.

Hoping to achieve racial integration and social cohesion, residence transformation usually focuses on the recruitment and placement of diverse students and diversity training for student leaders, essential building blocks for the process.

But as is often shown by repeated incidents of prejudice, focusing only on such programmes does not eradicate failed residence traditions. Universities also need to address the power structures that students employ to regulate residence life and that function as frameworks to give form to students’ aspirations.

Unhealthy prejudices?
Universities often believe that it is mainly the slow progress of reconciliation in local communities that hampers transformation in residences, assuming that first-year students arrive on campus with unhealthy prejudices from their homes, churches and schools. Yet students today were mostly born after 1994 and, having attended integrated schools, should be able to support residence transformation initiatives.

Failures of residence transformation are also often blamed on parents’ and former students’ silence about inhumane residence traditions. Former residents sometimes believe that what was good enough for them should also be good enough for current students. Some even maintain that because initiation is an acceptable ethnic-cultural practice, transformation of such practices in residences should be resisted.

But transformation in such residences fails especially because residence traditions are often still maintained with a “military” structure of sorts from a past South Africa. In its worst form such a residence structure is one of unequal power, unconditional loyalty and group thinking – the opposite of what good universities usually aim to achieve.

In men’s residences in particular, first-years are accepted when they unconditionally support the power of the seniors and all the current residence traditions.

First-years must pass the tests set by seniors to measure their loyalty and must be willing to keep malpractices secret.

Such residence cultures fail because the seniors’ word is law; no dialogue or joint decision-making is tolerated. This culture requires a blind trust in seniors, who are assumed always to know what’s best and to have your best interests at heart, even when you’re expected to participate in activities that undermine your dignity.

Secrecy and violence
Such residence cultures fail because secrecy and violence are used as ways to earn recognition in your group. You have to be willing to endure emotional or physical humiliation with your fellow first-years until seniors consider you fully initiated, and afterwards not to breathe a word about it.

Such residence cultures fail because they reject students’ unique contributions. They require all members to hold the same beliefs and engage in the same behaviours, rather than encouraging different opinions and individual brilliance in serving a shared set of values.

These cultures see newcomers as intruders, who must through initiation be broken down so new behaviours can be learned. They ignore the unique history and fresh ideas newcomers can bring to the residence community and so enrich it.

Failed residence traditions are often unwittingly maintained by students’ own aspirations. Their future study careers always excite prospective students, for some because of the hopes they carry of an entire community that contributes to their studies, and for others because of the fond campus memories their parents repeatedly relate.

First-years have an extraordinary need to belong to this community they’ve dreamed of, yearn for the recognition of senior students and staff, and are willing to make sacrifices to become a member. But this is a mix that can be a recipe for leaving students emotionally susceptible not only to undignified residence traditions, but also to demands on them to defend such traditions as acceptable rites of passage.

Symbols of identity
Residences often unwittingly protect and strengthen unacceptable behaviours instilled during initiation with various symbols of its community identity – a residence flag and song, a bar for seniors only, a mascot at sport events, a museum for the person the residence is named after, an entrance only for first-years, a special handshake or residence war cry, and so on.

Each corridor in a residence also has its own traditions and symbols that combine with those of the residence to create an environment where students unknowingly are surrounded by powerful messages maintain that maintain established residence traditions and behaviours.

Sometimes universities unknowingly incite students into defending failed residence cultures and traditions when, in wanting to transform residences, they respond to failures only with formal discipline, rather than continued student dialogue and development. This outdated but prevalent educational approach is premised on an “all-knowing” lecturer and an “ignorant” student.

Such responses model power hierarchies that residences follow as normative, an approach that disempowers student leaders in the same way failed residence traditions do with first-years. Institutional cultures should rather model for students what counterintuitive communities of shared values, critical solidarities, collaboration and mentorship across generations are capable of in transforming ourselves.

Rudi Buys is dean of student affairs at the University of the Free State. This is the first of his two-part consideration of university residences. Part two, on successfully transforming residences, will be published next week

#FeesMustFall and the greater struggle of racism