Malema: Withdraw suspension notice, or else 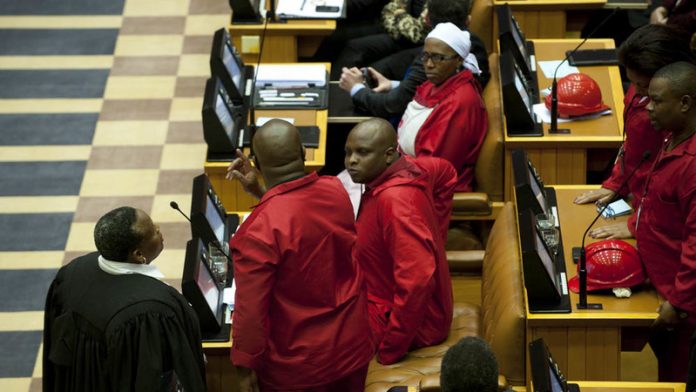 EFF leader Julius Malema warned National Assembly speaker Baleka Mbete that unless she withdraws plans to suspend him from Parliament by Sunday noon, he will go to court to seek relief.

“You should expressly withdraw your intentions on or before Sunday August 31 2014 at 12 noon, failing which I will have no other option but to approach an appropriate forum for an appropriate relief,” he said in a five-page letter on Friday.

It was Malema’s formal response to a letter from Mbete, sent to all 25 Economic Freedom Fighters MPs in the Assembly, to ask that they supply reasons why they should not be suspended from Parliament for up to two weeks for disrupting presidential question time on August 21.

On Tuesday, Defence Minister Nosiviwe Mapisa-Nqakula said the party’s actions in Parliament were a threat to national security. – Sapa