Despite battlefield losses, Hamas is ‘simply not defeated’ 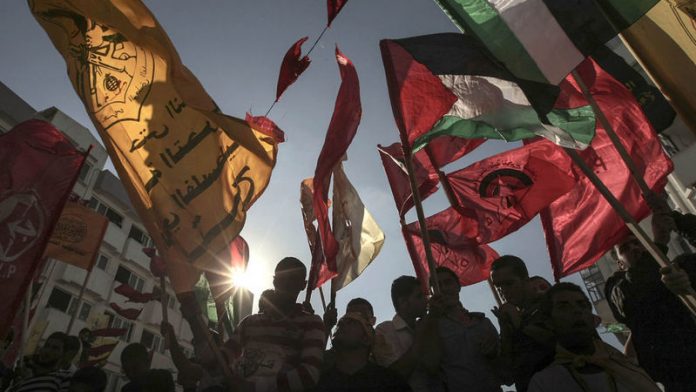 After the ceasefire last week between Israel and Palestine in Gaza, Hamas leaders celebrated “victory” to the cheers of crowds across the enclave it rules.

Hamas leaders raised the prospect of opening up Gaza to the world, winning the applause of crowds keen to see an end to Israel’s crippling blockade of the territory, in place since 2006. At first glance the victory may seem hollow, with Israeli officials boasting that they gave Hamas none of its key demands.

Talks on opening air and sea ports have been suspended pending future negotiations and the two land crossings with Israel still only let a trickle of Gazans through. But analysts say that simply by surviving in the face of the fierce Israeli onslaught, Hamas has cemented its position.

“No political, security or national decisions can [now] be taken without it,” said analyst Hani Habib. “Simply not being defeated represents a symbolic victory, considering the overwhelming disproportion of strength” between Israel and Hamas, said Middle East specialist Karim Bitar. Israel’s offensive killed 2 143 Palestinians, wounded 11 000 and forced some 500 000 from their homes, more than a quarter of the population.

The conflict also cost Hamas “5 000 of its rockets, about half of its arsenal,” said Mukhaimer Abu Saada, a professor of political science at Gaza’s Al-Azhar University, but it was a key show of strength for the movement.

With 66 soldiers killed in the conflict, Israel suffered its worst battlefield losses since the 2006 war against Lebanon’s Hezbollah. The negotiations in Cairo that led to the ceasefire also boosted Hamas’s standing on the international stage. When the Egyptian army toppled the country’s Islamist president Mohamed Morsi last July, Hamas lost a key ally and its regional prestige took a major dent.

The military-installed authorities in Cairo cracked down on the tunnels linking Gaza to Egypt, further isolating Hamas. But in giving voice to the Palestinians’ demands at talks in Cairo, Hamas managed to curb its regional “demonisation”, Mudalal said.

Return to political prominence
Since its reconciliation in April with President Mahmoud Abbas’s Palestine Liberation Organisation, Hamas has returned to the forefront of the Palestinian political arena. The conflict also revived its ties with Iran and its Lebanese Shiite ally Hezbollah, with which it had been at odds over the conflict in Syria.

They could prove to be sources of rearmament but also donors. Hamas has more than 40 000 civil servants in Gaza who have not been paid for several months. A commander of Iran’s elite Revolutionary Guards has said the Islamic republic would “accelerate” the arming of Palestinian movements in the wake of the latest Gaza conflict. Hamas – such as Islamic Jihad that fought alongside it – has vowed to rearm, defying calls from Israel for the demilitarisation of Gaza.

But analysts say it will take more than new arms for Hamas to keep gaining strength and that the movement will need to prove it can also press for concessions from Israel. Abaher al-Saka of Bir Zeit University in the West Bank said that Hamas’s continued popularity depends on “improvements in living conditions, particularly the return of power supplies and the opening of border crossings”.

“If Israel does not play the game, discontent with Hamas will rise,” he warned. – AFP

Mogoeng should remember that Israel/Palestine is an apartheid state, in which 90% of the land is reserved for Jewish occupation
Read more
Coronavirus

One of the truest tests of integrity is its blunt refusal to be compromised. — Chinua Achebe
Read more
Advertising
Continue to the category
National