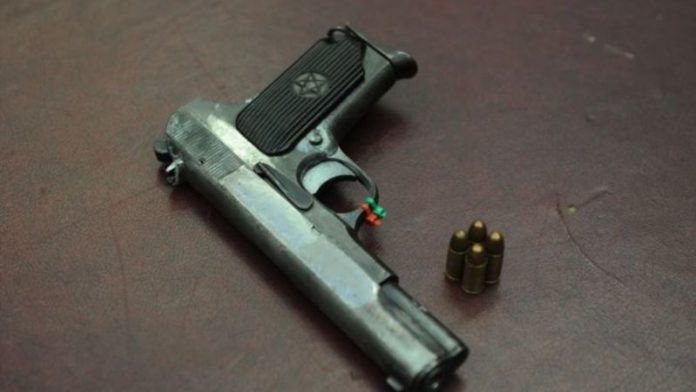 “The firearm was found in their possession and it is a licensed firearm which belongs to the uncle of one of the suspects,” he said.

The girl was shot dead on Saturday morning.

The men would be charged with murder, possession of an unlicensed firearm, and kidnapping. They were expected to appear in the Protea Magistrate’s Court soon.

The girl and five of her friends, aged between 13 and 15, had gone to Thokoza Park in Rockville on Friday afternoon. A group of boys in a minibus allegedly approached them and invited them to a house, Makhubela said on Saturday.

The girls alleged that when they got to Protea Glen, the boys bought food and liquor and tried to force the girls to have sex with them. “When the girls refused, they chased them out of the house,” he said.

The girls were walking in the streets around 2am when two men appeared and began shooting at them, killing one.

Moments later a patrolling police car spotted the girls and took them to a nearby hospital, where the five were treated for shock. –Sapa