The New York Fashion Week at the Lincoln Centre in midtown New York this past weekend was packed, with a tangible nervous excitement in the first line of 10 models backstage, just minutes before the show went live at this year’s premier global fashion event.

The stage, set against the backdrop of the Lincoln Centre’s main forecourt, saw Tlale take centre stage on Sunday, at an event that has spread its wings to numerous other venues across the city.

“I am so excited, I feel very emotional, I just know it’s going to explode David onto the international stage,” said a giddy former Miss South Africa (2008) Tatum Keshwar before joining the leading group of models out onto the three split ramps Tlale had designed for the show.

Dressed in a African and Victorian style folded dress, but with lots more softer lines in dyed prints inspired by African and flowing graphic work, with high corset lines around the waist. Other heavy hitters who walked the ramp for Tlale was Tyson Beckford, Oluchi Onweagba and Angolan/Portuguese model Sharaam Diniz. 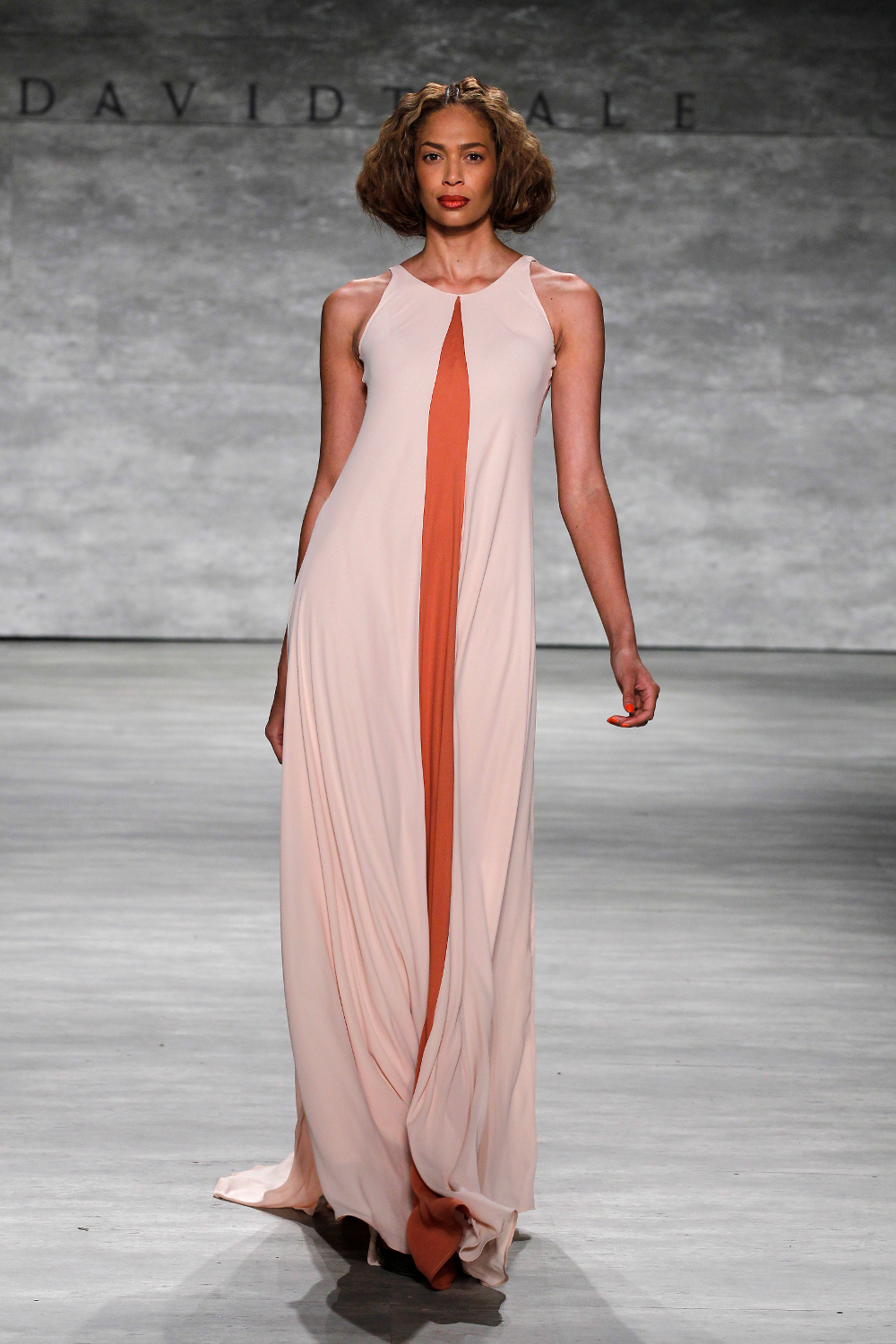 African-inspired collection
The three successive collections revealed included an African inspired dyed prints edition, a second that included lots of soft folded shirts in white contrasted with strong bead work and stitching across the waist area; and the third in what Tlale termed “Paradise peach” shades, in flowing garments for men and women.

The Arabian influence in the last edition to emerge saw Tyson Beckford cause a storm with a loose fitting light fabric pants covered by an almost full-length kaftan-style shirt. Also included in the last and third edition was a flourish of pink feathers with fine beaded detailing giving sleeveless dresses and tops the signature Tlale glamour.

Showing off SA to the world
The fifteen-minute show ended with Tlale and Beckford closing the show with a walk down the centre of three stages. Backstage, Tlale said the focus of this year centered around detailed analysis of the fashion design environment.

“I think it’s all about a lot of research and wanting to bring the African heritage into the United States and globally so that people actually realise that the African print goes along way back and there is history.”