Zuma: Who reviews the public protector? 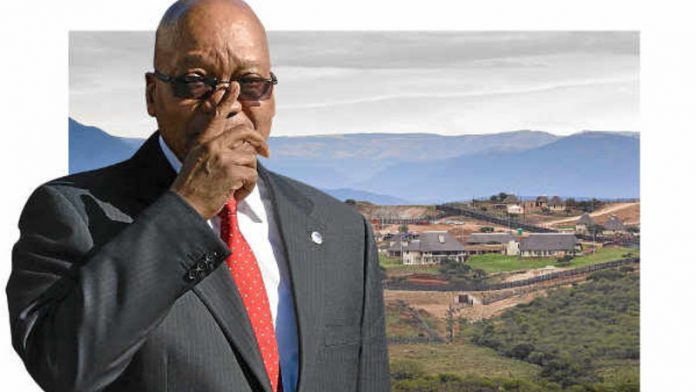 One of Thuli Madonsela’s first acts in office, as the newly-appointed public protecter in 2009, was not to appeal a court judgment, rather setting aside a report by her office.

That report, which was the result furnished by the Mail & Guardian into the Oilgate scandal, was set aside by the high court in Johannesburg, and again in 2011 by the Supreme Court of Appeal.

The initial M&G investigation revealed that R11-million of public funds were diverted to the ANC ahead of the 2004 election.

But former public protector, Lawrence Mushwana’s investigation of the matter concluded that there was no wrongdoing. The high court subsequently overturned that view on the grounds that the public protector’s office had not properly investigated the matter.

The appeal court upheld this, adding that “in truth [the public protector conducted] no investigation at all into the substance of the various complaints”.

The reason the matter ended up in court at all was because the M&G did not accept the public protector’s report, which found its own investigation null and void. It wanted to challenge Mushwana’s findings. So it went to court. Not Parliament, but court.

A letter to the president
On Thursday, Zuma, in a letter to Madonsela’s office, took this central tenet to task. In his letter he states that:

“I must respectfully disagree with your [Madonsela’s] assertion that reports of the public protector ‘are by law not subject to any review or second guessing by a minister and/or cabinet’ and ‘the findings made and remedial action taken by the public protector can only be judicially reviewed and set aside by a court of law’.”

Instead, Zuma says he views the public protector’s reports not as “judgments”, like those issued by a court of law, but as mere “useful tools” to “assist” government.

Zuma also says that the public protector’s reports are not immune from review because they have not been the result of an “adversarial hearing”.

He says he would be not discharging his own constitutional powers if he did not “apply his own mind” to the findings, and reiterates that he believes the minister of police must decide whether he must pay back some of the costs of Nkandla.

Zuma was responding to a letter addressed to him, written by Madonsela, which was leaked. In that letter, Madonsela pointed to section 181(2) of the Constitution and states that:

“These [chapter nine] institutions are independent, and subject only to the Constitution and the law, and they must be impartial and must exercise their powers and perform their functions without fear, favour or prejudice.”

She said this was why Zuma could not ignore her findings and recommendations, until the parliamentary or any other process was completed. Doing so would amount to interference with her office, she asserted.

“The findings and remedial action imposed by the public protector are not popular in some quarters, but like all factual findings made by an independent constitutional institution they are not subject to changes made by the majority of MPs in Parliament. If that were so, then the public protector would be irrelevant – just as the courts would be irrelevant if their decisions could be amended by Parliament.”