Earth to Vavi: There are worse labour issues than Generations 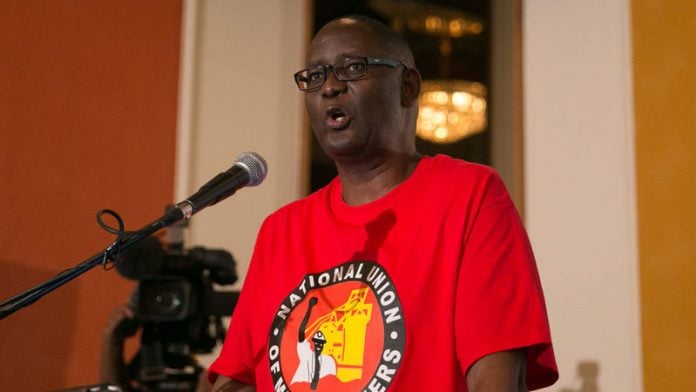 Vavi, a lot like the ANC and its youth league, has decided to dedicate his public energy lately to championing the cause of the actors, many of whom have been firm supporters of the ruling party in the past and who have made regular appearances at ANC fundraising dinners.

Vavi has been a rare voice in the public sphere these days, ever since the fall-out within Cosatu and the tentative peace brokered by the ANC just before the May elections. He’s mostly toed the line since, while everyone waits to see what’s next for the factions driving Cosatu apart.

So when he does speak, we listen. We miss his frank take on what’s going wrong in our governance structures and his willingness to sometimes speak truth to power.

But his recent cause is more than a little disappointing.

The Generations 16, as they’ve taken to calling themselves, were fired after going on an illegal strike over their salaries, which according to the actors themselves ranged from R25 000 a month for a newcomer to R68 000 a month. This puts them well into the top 5% of earners in the country, according to Statistics South Africa.

In an interview on Monday, Vavi again spent some of his precious political capital demanding that we boycott Generations in solidarity with the actors, and roundly abused any out-of-work actors who were thinking of auditioning to replace the striking actors.

“Don’t cross the picket line. Don’t make yourself scab labour. Don’t add salt to the [wound],” he is quoted as saying.

Vavi went on to very nearly threaten any actor thinking of auditioning for the vacant roles.

He said the names of those who auditioned for the roles would be made public.

“We will picket where the cast [works]. We will take it to their houses, shebeens,” he said.

I understand that the Generations actors may have a point in their demands that their industry be regulated. Actors are not treated particularly well and their requests for a reduction to 10 working hours a day, social benefits and an end to inconsistencies in remuneration are not entirely unreasonable.

But when you’re a labour heavyweight like Vavi you have to seriously think about where you expend your energy.

South Africa’s labour issues can be likened to the emergency waiting room of a hospital, where a triage system is put in place so doctors deal with the most urgent cases first.

Given the issues plaguing the mining sector, and the unregulated labour issues facing far more vulnerable and poorly unionised groups, like domestic workers, the concerns of a number of highly-paid actors are grossly inferior. For Vavi to spend his time and energy on this instead of the far more urgent labour issues in the country speaks to a worrying trend. Like the ANC Youth League going out of its way to pledge solidarity with the Generations actors, it is an easier and more glamorous cause to identify with – particularly when the alternatives are so explosive.

Cosatu won’t touch the issues of Marikana, two years after the massacre of miners that shocked the world. The Farlam commission looking into the incident has toiled along with little championing or attention from the labour giant. No wonder, as its affiliate the National Union of Mineworkers were part of the issues that led to the tragic shootings that saw 34 miners killed by police officers. Labour leaders whose organisations acted far from honourably would rather steer clear of the issue entirely.

Of course Vavi won’t go there, no matter what his feelings on the situation are.

But to do this instead and defend highly-paid actors, albeit with certain labour problems, is insulting. And to threaten unemployed workers hoping to try their luck with the vacant positions points to a lot of the problems with our current unions: they go to great lengths to protect the employed with little concern for the vast numbers of unemployed in our country.

You know what else Vavi has been talking about about lately? President Jacob Zuma’s nephew Khulubuse Zuma’s wedding. “Congratulations to the newly weds [sic],” he tweeted on Sunday, with a picture of Khulubuse at his lavish wedding at Nkandla over the weekend. He later chided his followers for insulting Khulubuse in response to the picture.

Aurora mineworkers went unpaid for months after Khulubuse and his cohorts bled the mine dry and refused to pay workers, leading some to commit suicide as children stopped going to school and families went hungry.

Khulubuse remained deeply unrepentant and continued living the high life as workers died as a result of his actions.

What the hell is someone like Vavi doing congratulating someone like Khulubuse and then going on to defend him against critics?

Vavi is in a dangerous position. He is spending the moral and political capital he has built up over years on gratuitous issues, and being drawn into a problematic, complicit relationship with those close to the ANC. Here’s hoping he distances himself – fast.