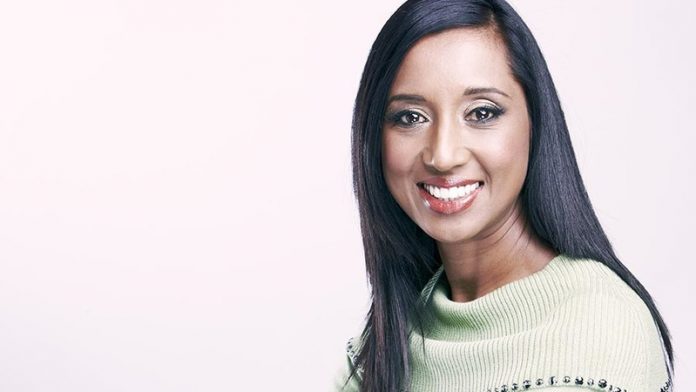 In testing the performance of 2 360 companies globally over the last six years, our analysis shows that it would on average have been better to have invested in corporates with women on their management boards than in those without.” [Credit-Suisse: Gender Diversity and Corporate Performance Report 2012.]

Research that litters the gender landscape over the past ten years consistently shows that organisations that place women into leadership positions have benefitted considerably as a result. McKinsey, Catalyst, International Finance Corporation, Credit-Suisse — their research consistently puts gender diversity at the top of the pile. With all these facts at their fingertips, surely the average enterprise is racing towards a rich gender demographic and placing more women in leadership roles? The figures say otherwise.

“The World Editor’s Forum identified the rise and fall of women editors as one of its ‘top trends in newsrooms in 2014’ and the International Women’s Media Foundation Global Report on the status of women in news media says women make up less than a quarter of top management positions,” says Ruth Golembo, MD of Lange Strategic Communications. “According to The Media magazine, in South Africa women edit 28% of national newspapers and in the UK only 16.”

These figures are not reflective of only one industry. In June 2014, Fortune magazine published a feature that excitedly lauded the fact that the number of women CEOs in Fortune 500 companies has reached an historic high. The number? 24. Twenty four women out of 500 companies, a mere 4.8%.

The South African government has decided to make redressing this imbalance into a legislative requirement through the Women Empowerment and Gender Equality Bill. Under the section entitled Equal Representation and Empowerment, the bill asks that designated bodies develop and implement measures to achieve the progressive realisation of a minimum of 50% representation of women in decision-making structures, including boards. It’s a decision with a debatable success rate — in Scandinavia only 3% of the largest firms are led by women in spite of an array of policies that may even put South Africa’s regulatory landscape to shame.

The issue then, is to ask if such a measure will actually work or just result in tokenism and women being thrust into C-suite roles just to tick a box on a compliance form.

Debbie Goodman-Bhyatt, MD of Jack Hammer Executive Headhunters doesn’t think so: “In this era where the leader at the helm of a private sector organisation is required to deliver not only to the bottom line imperatives of the company, but also to exceptionally high standards of governance, stakeholder engagement and leadership, there is absolutely no room for tokenism. While other executive roles in a company are starting to show some diversity, the CEO position has remained a bastion of traditionalism. So when any appointment is made that breaks the conventional mould, in particular when a women steps up to the helm, this is without doubt based on skill, capability, leadership ability and track record.”

Mary Holroyd, chair of Weigh-Less, adds: “I think there will be a bit of tokenism, but I believe that a lot of the women coming into positions now are being given that opportunity because business is respecting the skills and abilities of women today, which is very different to maybe 10 or 15 years ago.”

It would certainly be a step backwards for any organisation to appoint a female leader simply to adhere to the rules or to attempt to look like it is forward-thinking in its approach, especially when the value of female input to corporate reputation and bank balance has been proved time and again.

The Credit-Suisse report shows that companies with one or more women on the board “delivered higher average returns on equity, lower gearing, better average growth and higher price/book value multiples…”

“Not only do they better address the concerns of customers, employees, shareholders and the local community, but they also tend to focus on long-term priorities,” Govender adds. “Women bring empathy, intuition and their femininity to the business realm and their nurturing values, which encourage high performance and the development of their teams.”

According to the Why Diversity Matters document by Catalyst, a nongovernmental organisation that works with businesses to build inclusive environments, researchers found that the stock prices after the appointment of women to senior leadership positions in the US saw investors responding positively and that the impact was not as positive when men were promoted. In addition, it was shown that gender-diverse boards have better levels of involvement and corporate oversight.  The study also found that organisations that had more women as board directors and women chairs were less likely to commit fraud or violate securities regulations.

“When looking at the outcome of the Ketchum Leadership Communication Monitor study, it is clear that female leaders are seen to be performing a lot better than their male counterparts with respect to important leadership attributes such as communicating in an open transparent way, admitting to mistakes and in aligning what they say with their actions,” says Vincent Magwenya, chief executive of Magna Carta Reputation Management Consultants.

The reams of research certainly point to how a gender diverse board proves far better for any business in terms of how it is perceived by customers, stakeholders and staff.  In its report, Investing in Women’s Empowerment: Good for Business, Good for Development, the International Finance Corporation found that higher levels of gender diversity drove up productivity and innovation and enhanced corporate relations with the local community.

It is time to acknowledge that gender should not be a limiting factor for board level positions and that gender diversity — both men and women — is a culture that should be embraced. Men and women each bring different attributes to the table and this blend is what makes for a successful business, not one extreme over the other.